Accessibility links
Jon Stewart And The Runaway Bull: A Tale In 5 Headlines : The Two-Way No, it wasn't an April Fool's joke.

Jon Stewart And The Runaway Bull: A Tale In 5 Headlines

Jon Stewart And The Runaway Bull: A Tale In 5 Headlines

This week's most adorabull story begins with a dream:

That was the headline from Fox News, introducing the inspiring tale of an animal doomed to turn into dinner, but chasing a dream of higher education.

Or, OK, a bovine that just happened to spring from captivity near a college campus in Queens, New York.

Omg.. Only in NY.. Bull escape and lands @ York College

It happened on Friday, but it was no April Fool's joke: there really was a cattle-inspired uproar at York College in the neighborhood of Jamaica. Fox News continues:

"The cow — which looked angry as she kicked up dust on campus — was wrangled by cops with rope after about an hour, students said."

But what's to become of the creature? After the amoosing escape, is the animal destined for greener pastures, or dinner platters? That brings us to headline number 2:

The Daily Mail pops in to fix a case of mistaken identity — turns out the freedom-seeking creature was a bull, not a cow — and add the crucial fact that Jon Stewart of Daily Show fame saved the day.

The former fake news host — a vegetarian, the Daily Mail notes — and his wife "swooped in to rescue the stricken beast." Instead of returning to the slaughterhouse, the bull would live on at Farm Sanctuary in Watkins Glen, N.Y.

Bull in Queens Is Captured, and Jon Stewart Chauffeurs It to Freedom

If you're chuckling because The New York Times makes it sound like Jon Stewart rolled up to the curb like the bull called an Uber, well, it turns out that's kinda what happened.

The Stewarts personally drove this bull out of New York City and into the safe custody of Farm Sanctuary.

Now, a brief detour from Jon Stewart and the bull to savor these two spectacular paragraphs:

"New York City has a long history of livestock on the loose, as does Jamaica.

"In January, just a few blocks away from the college, a cow managed to break free from a slaughterhouse. Calls to 911 poured in reporting a "cow on the run," the authorities said. That bovine escapee was caught at a parking garage; the police at the time released a picture of its "perp walk" into a trailer. It was sent to a sanctuary in New Jersey, and given the name Freddie, after Freddie Mercury, the lead singer of Queen. Similar escapes had been reported in the area in 2009 and 2011."

Thank you, Rick Rojas; may all reporters have calf your dedication to providing relevant context. Now back to the tale of how ...

The New York Times did note that staffers at an animal care center in Brooklyn named the bull "Frank Lee" — after Alcatraz escapee Frank Lee Morris. 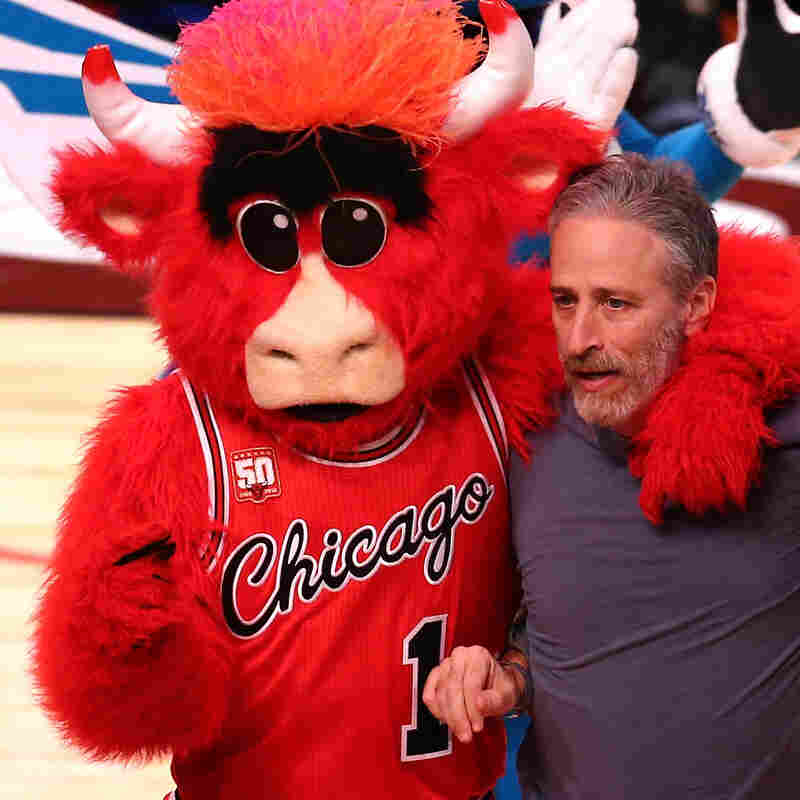 Let the record show: this is not the bull Jon Stewart saved on Friday. Vaughn Ridley/Getty Images hide caption 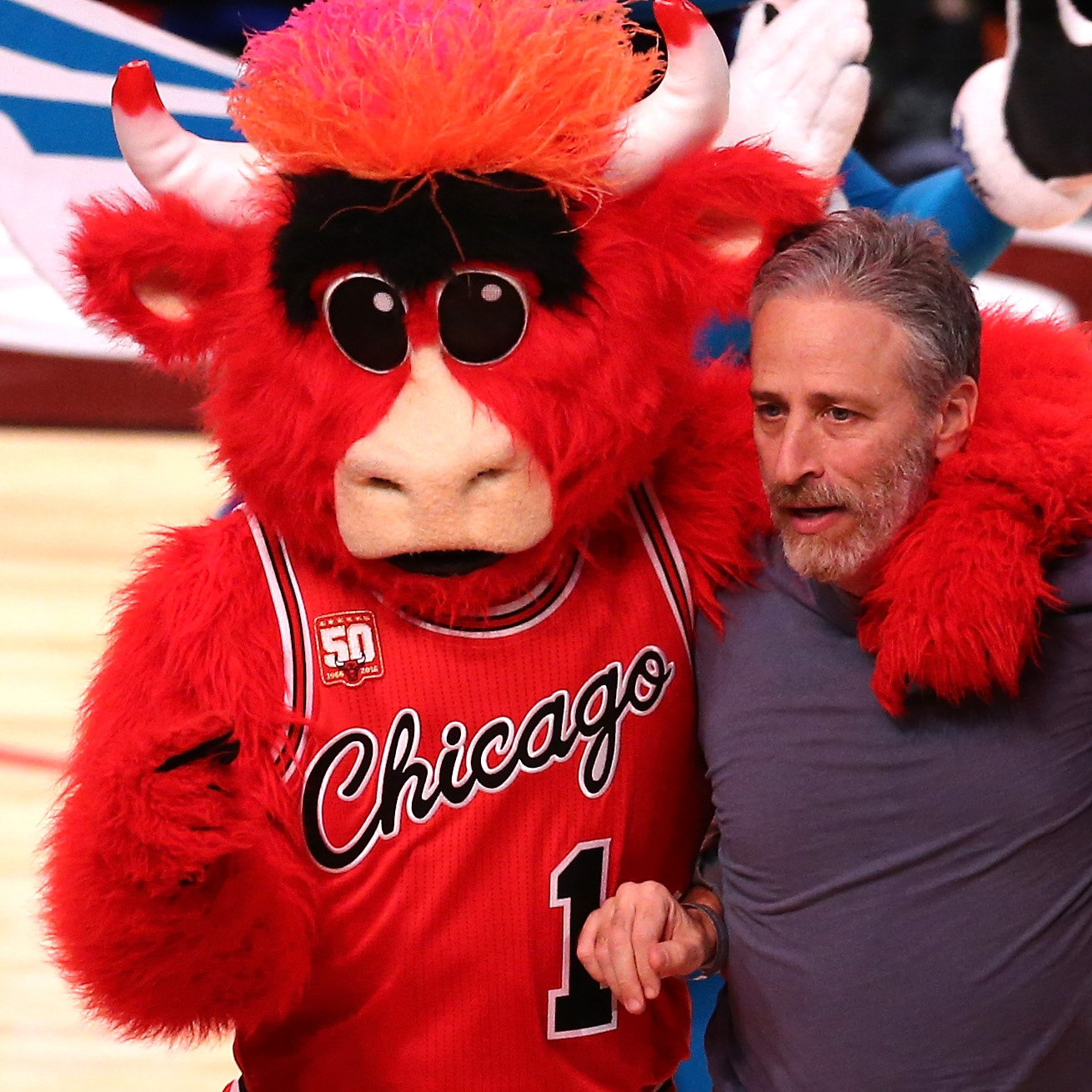 Let the record show: this is not the bull Jon Stewart saved on Friday.

But the Grey Lady didn't give the bull his proper name in the headline — so thanks, Mashable, for fully identifying the bold bovine.

Mashable also adds another key detail. Jon Stewart's wife — a noted animal welfare activist — "is on the board of directors at the Farm Sanctuary in upstate New York."

She's currently "hard at work developing the New Jersey location for Farm Sanctuary," according to the rescue group's website.

Well, whoever was the cattle-yst, the salvage operation was a big success. One final headline ...

Jon Stewart and his wife rescue escaped bull, calmly feed it some hay

A happy ending, brought to you by Death and Taxes.

Truly a story to ruminant on all weekend long.

Breaking News: We are happy to report that the bull who was on the run earlier today in Queens is safe and on his way to Farm Sanctuary in Watkins Glen, NY. Jon and Tracey Stewart picked up the individual whom we are calling Frank this afternoon from Animal Care Centers of NYC (ACC). Special thanks to our colleague Mike Stura of Skylands Animal Sanctuary And Rescue who drove out to assist with the transport. More info to come.