Accessibility links
Denying Housing Over Criminal Record May Be Discrimination, Feds Say : The Two-Way New guidance released by the Department of Housing and Urban Development warns landlords that they may be breaking the law by turning down tenants based on their criminal records.

Denying Housing Over Criminal Record May Be Discrimination, Feds Say

Denying Housing Over Criminal Record May Be Discrimination, Feds Say 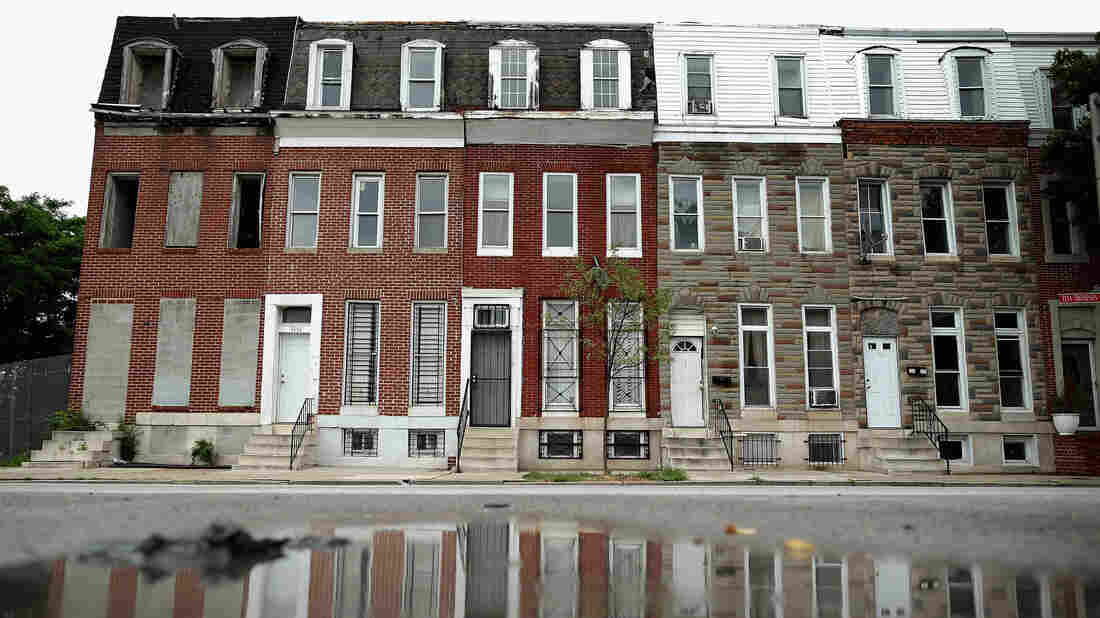 Rowhouses in Baltimore sit across the street from a church where Sen. Barbara Mikulski, D-Md., held a meeting last summer about, among other things, reducing ex-convict recidivism. Chip Somodevilla/Getty Images hide caption 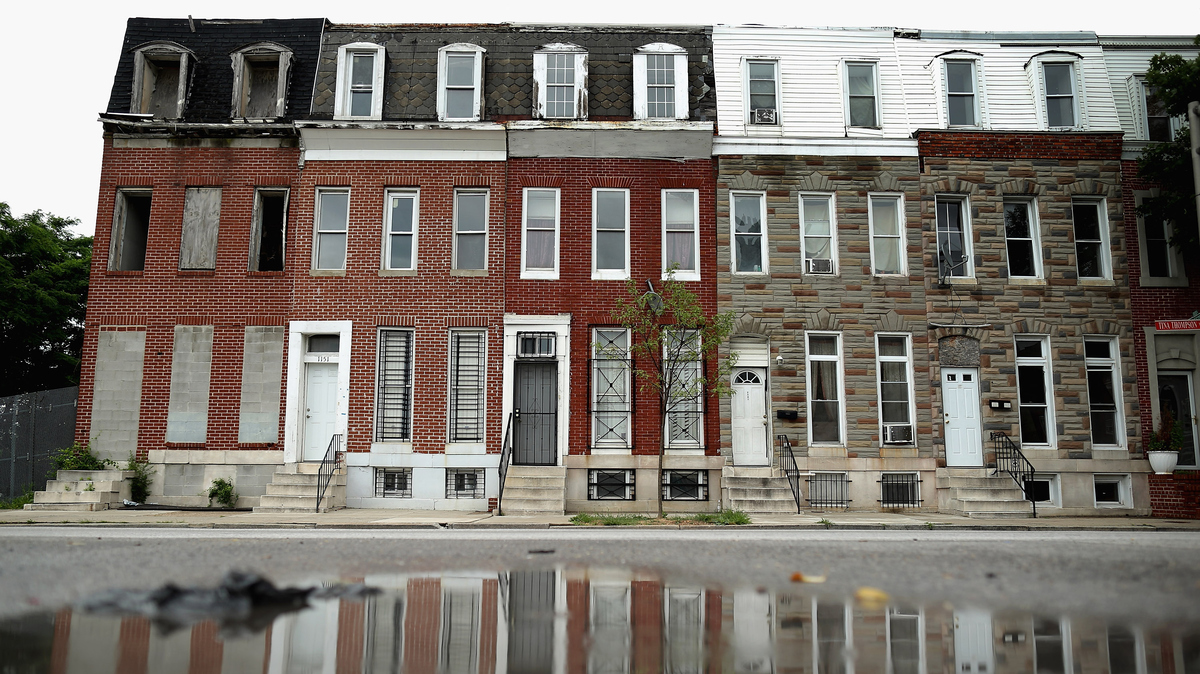 Rowhouses in Baltimore sit across the street from a church where Sen. Barbara Mikulski, D-Md., held a meeting last summer about, among other things, reducing ex-convict recidivism.

The Department of Housing and Urban Development is making it easier for people with criminal records to find housing.

In new guidance, released Monday, HUD tells landlords and home sellers that turning down tenants or buyers based on their criminal records may violate the Fair Housing Act.

Because of widespread racial and ethnic disparities in the U.S. criminal justice system, criminal history-based restrictions on access to housing are likely disproportionately to burden African-Americans and Hispanics.

People with criminal records aren't a protected class under the Fair Housing Act, and the guidance from HUD's general counsel says that in some cases, turning down an individual tenant because of his or her record can be legally justified.

But blanket policies of refusing to rent to anybody with a criminal record are de facto discrimination, the department says — because of the systemic disparities of the American criminal justice system.

When A Criminal Past Closes Doors

One in four Americans has a criminal record, as NPR's Carrie Johnson has reported. Those records can include arrests that never led to convictions, as well as convictions for a wide range of crimes — from petty to serious — that may have happened decades ago.

A record can make it hard to find a job — or a home. Many private landlords and public housing projects have policies against renting to people with criminal records.

Take Melvin Lofton, who spoke with NPR's Cheryl Corley. Lofton was convicted of burglary and theft when he was in his 20s; now he's 51.

He lives with his mom, and says it would be hard to find housing without that family connection. He remembers one time when he tried to rent a home in a trailer park. 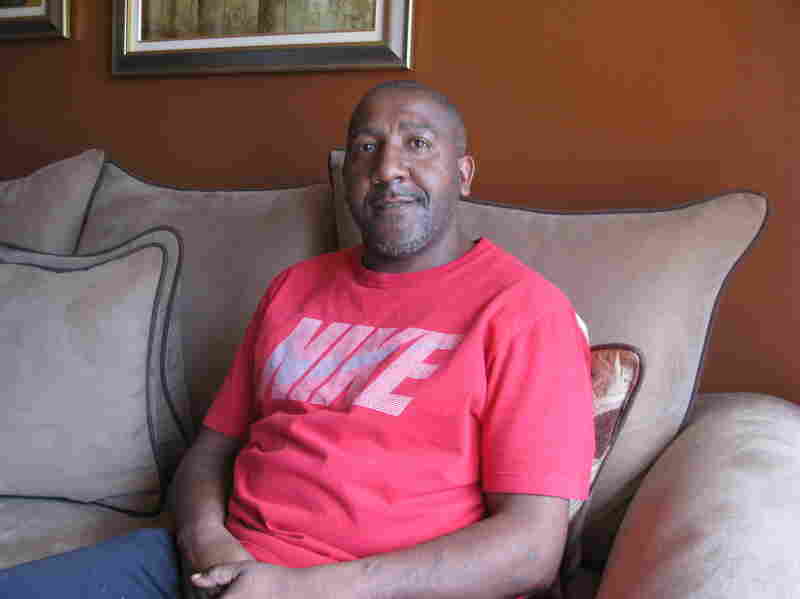 Melvin Lofton, who lives with his mother, says landlords have turned him away in the past because of his record. Cheryl Corley/NPR hide caption 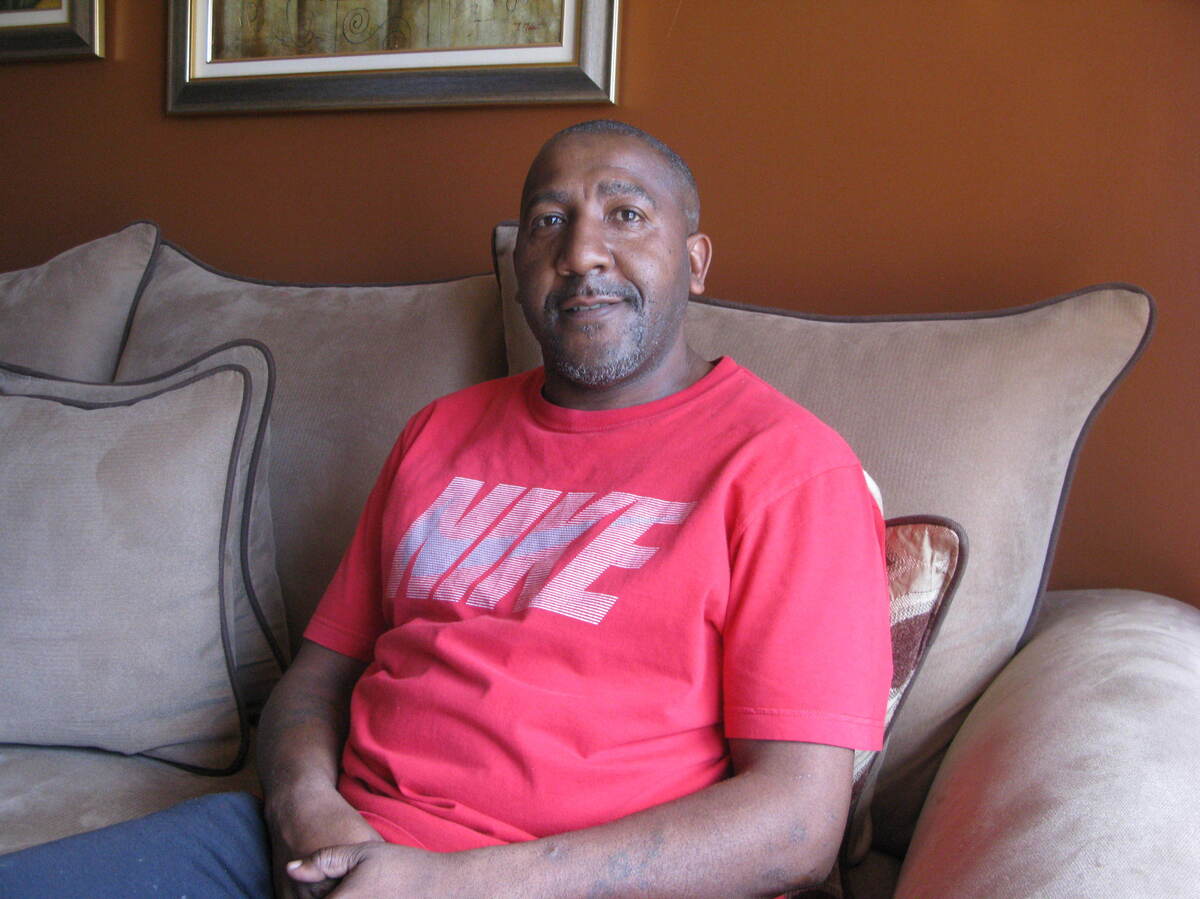 Melvin Lofton, who lives with his mother, says landlords have turned him away in the past because of his record.

Lofton had been out of prison for 20 years at the time, Cheryl reports.

Seemingly Neutral Policies Can Be Discriminatory

HUD's new guidance warns that landlords could be breaking the law when they refuse to rent to people with criminal records — even if they have no intention to discriminate — because such a policy would likely have a disproportionate impact on African-American and Hispanic applicants.

Housing Secretary Julian Castro puts it another way, NPR's Corley reports: "When landlords refuse to rent to anyone who has an arrest record, they effectively bar the door to millions of folks of color for no good reason." 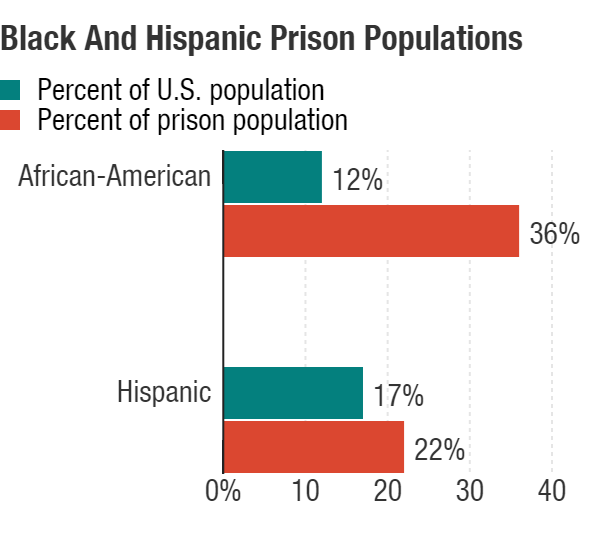 HUD notes that whether an individual landlord's policy has a discriminatory impact will need to be determined on a case-by-case basis. But on a national level, HUD provided a list of statistics — direct from the Justice Department — demonstrating disproportionately high rates of arrest and incarceration based on race. They noted African-American men are imprisoned at a rate nearly six times that of white men, and Hispanic men at more than twice the rate of white men.

That doesn't mean landlords are completely barred from considering criminal records — but they'd have to prove that their policy legitimately serves to protect safety or property.

Barring people based just on arrest records is no good, HUD says, because arrests alone aren't proof of guilt. And even if you only consider convictions, refusing to rent to all ex-cons — "no matter when the conviction occurred, what the underlying conduct entailed, or what the convicted person has done since then," HUD writes — also isn't defensible, since not all ex-cons will pose a risk to safety or property.

Instead, HUD writes, landlords should have a policy that takes into consideration what the crime was and when it happened, as well as other factors, to reduce the discriminatory impact. (The only exception is if a conviction was for manufacturing or distributing drugs.)

... And You Can't Use Records As A Pretext For Discrimination

HUD also warns landlords that if they do intend to discriminate, and use criminal records as a cover for their actions, they can be found in violation.

For instance, landlords who reject black or Hispanic applicants ostensibly because of criminal records — but accept a white tenant with a similar criminal record — could be found guilty of violating the Fair Housing Act.

From Jan. 10 on All Things Considered

That discrimination could happen even before a candidate applies, HUD writes:

"Intentional discrimination may be proven based on evidence that, when responding to inquiries from prospective applicants, a property manager told a African-American individual that her criminal record would disqualify her from renting an apartment, but did not similarly discourage a White individual with a comparable criminal record from applying."

In both cases — whether the discrimination is accidental or intentional — each instance would have to be considered on a case-by-case basis.

But "arbitrary and overbroad" policies, as well as any that are mere pretexts to conceal discrimination, aren't protected.

HUD officials told NPR's Corley that the goal is to make landlords consider: Is their policy toward criminal records about keeping a community safe?

Or is it about keeping somebody out of a home?