Accessibility links
Plan For Antonin Scalia School Of Law Is Tweaked Over Unfortunate Acronym : The Two-Way Days after adopting a name change, George Mason University has again renamed its law school. The first attempt to honor the late Antonin Scalia was ridiculed online. 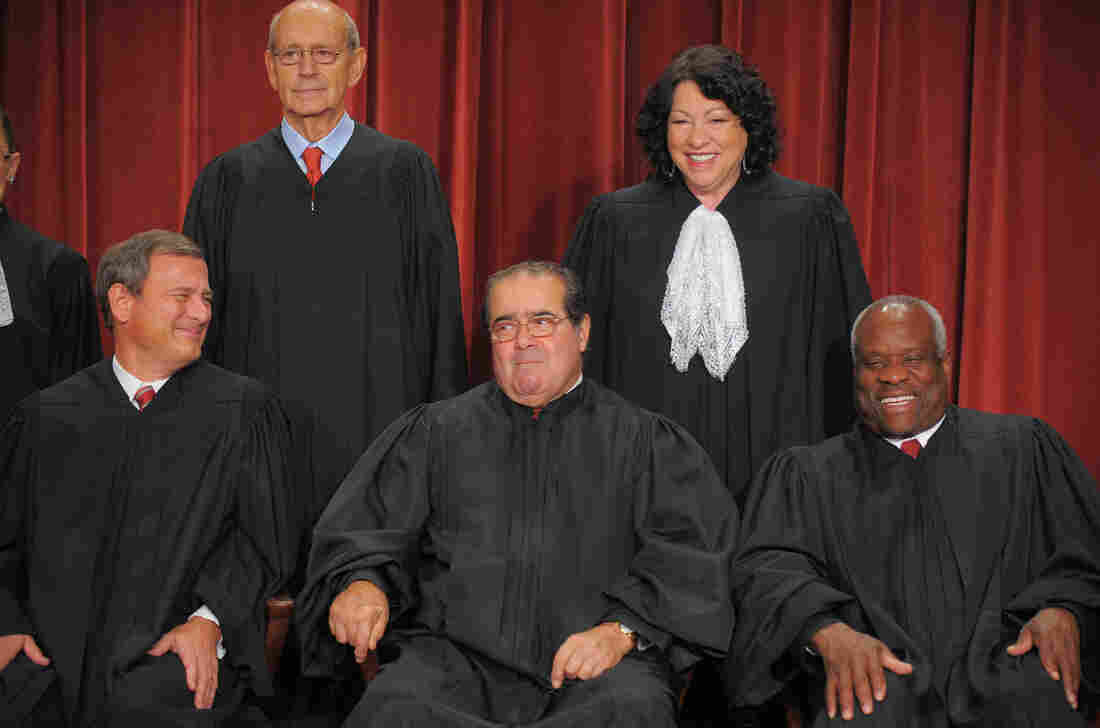 A plan to rename George Mason University's law school for late Supreme Court Justice Antonin Scalia (center) has been tweaked after the first name that was chosen sparked jokes on social media. Scalia is seen here with his fellow justices in 2009. Mandel Ngan/AFP/Getty Images hide caption 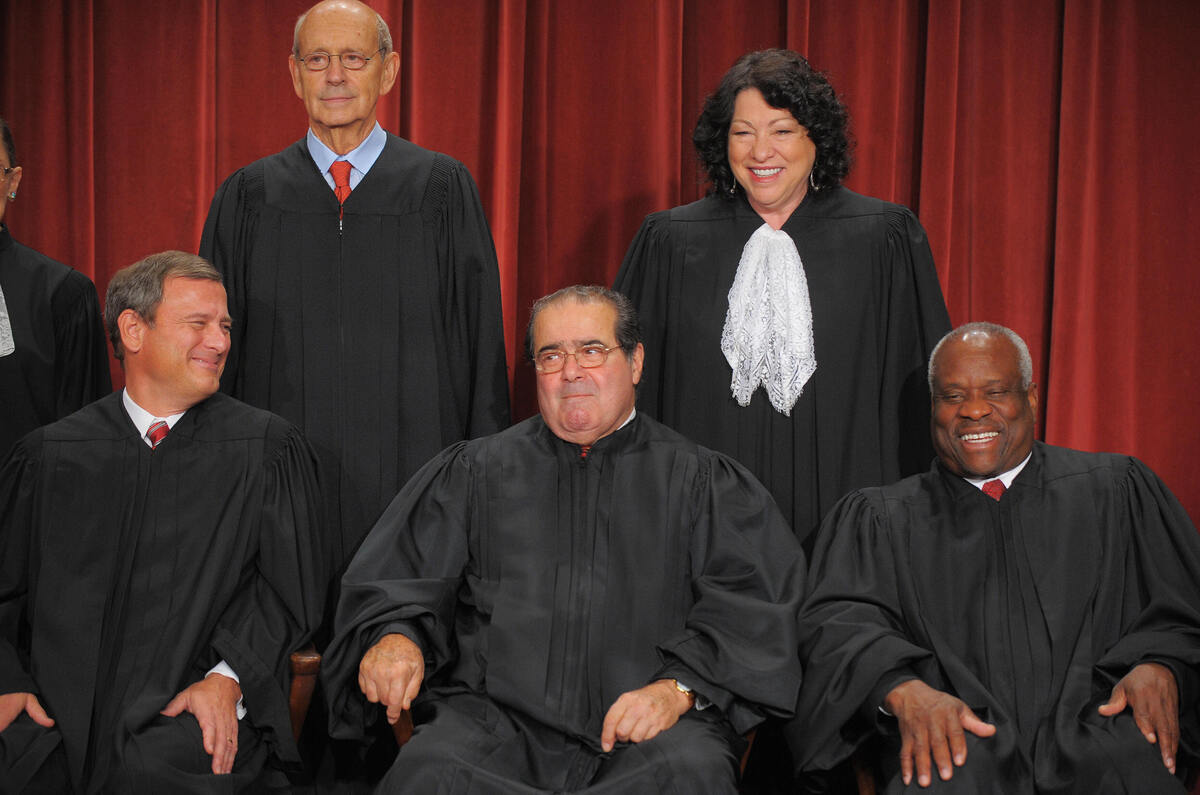 A plan to rename George Mason University's law school for late Supreme Court Justice Antonin Scalia (center) has been tweaked after the first name that was chosen sparked jokes on social media. Scalia is seen here with his fellow justices in 2009.

It must have seemed a straightforward way to honor a U.S. Supreme Court justice who was famous for, among other things, prizing straightforwardness. But then people began to titter about the unintended acronym of the Antonin Scalia School of Law — and now George Mason University has tweaked the name.

The new name for the institution in Arlington, Va., will be the Antonin Scalia Law School, says law school dean Henry N. Butler, citing "some acronym controversy on social media" as the reason for the change. The name will become final in July, pending approval by the State Council of Higher Education for Virginia.

In another sign of fallout from the renaming, the university is now looking at how to accommodate law school students who don't want Scalia's name on their diplomas, Butler said. While George Mason's name is the most prominent one on law school graduates' diplomas, the law school's name appears beneath the dean's signature.

Announcing the new developments in a letter to students and alumni, Butler also apologized to the many people in the university's community who were "blindsided" by the announcement, which came less than two months after Scalia died.

Saying that NPR's Nina Totenberg had learned of the looming name change and tweeted about it before a seal of confidentiality was lifted last Thursday, Butler said an embargo kept the school's leaders from discussing the matter until hours later.

George Mason renaming its law school The Antonin Scalia School of Law. The late Justice, a genuinely beloved teacher, must be on cloud nine!

In that tweet, published at 12:30 p.m. ET, Nina reported the name that was later officially announced. She added, "The late Justice, a genuinely beloved teacher, must be on cloud nine!"

When George Mason announced the new name for its law school Thursday, the school said it had received pledges of gifts totaling $30 million and that to recognize the windfall, its Board of Visitors had approved the name "The Antonin Scalia School of Law."

In a news release, the school said the combined gift, the largest it has ever received, "includes a $20 million anonymous donation and $10 million from the Charles Koch Foundation."

George Mason said the decision to rename its law school for Scalia was made "with permission from the donor's family." Butler described it in more detail Tuesday, calling the $20 million a "naming gift" that was "contingent upon renaming the law school."

Ginsburg added, "As a colleague who held him in highest esteem and great affection, I miss his bright company and the stimulus he provided, his opinions ever challenging me to meet his best efforts with my own."

In Butler's note to the school Tuesday, he said he had received "a great many comments" about the gift and the law school's new name.

Of the feedback, he said, "most are simple congratulations, some congratulatory messages say they don't like the name but understand the realities and how the gift is great for the law school, many are very positive, many are very negative (almost all respectful)."

The range of that reaction was also on display in the public responses to Nina's tweet. The most popular reply — "I flat out would not attend any school named for Scalia" — drew this response: "Why not? Is the school being corrupted by Scalia's evil voodoo powers from beyond the grave?"

In addition to sparking the renaming of its law school, George Mason will use the money to boost the size of its faculty and to create three new scholarship programs, including one that's also named for the late justice.

The goal of those programs, said Alison Price, Mason Law's associate dean for admissions, is to "open up all kinds of opportunities for students in all kinds of legal practice areas" with the idea of helping law students graduate without crushing debt that might keep them from pursuing public service and other areas that don't bring the high salaries associated with large law firms.