Accessibility links
France Criminalizes Paying For Sex : The Two-Way The country has passed a law meant to be a comprehensive approach to reducing sex work. But some sex workers say it puts them at greater risk. Clients will be fined about $1,700 for the first offense.

In France, It's Now A Crime To Pay For Sex

In France, It's Now A Crime To Pay For Sex 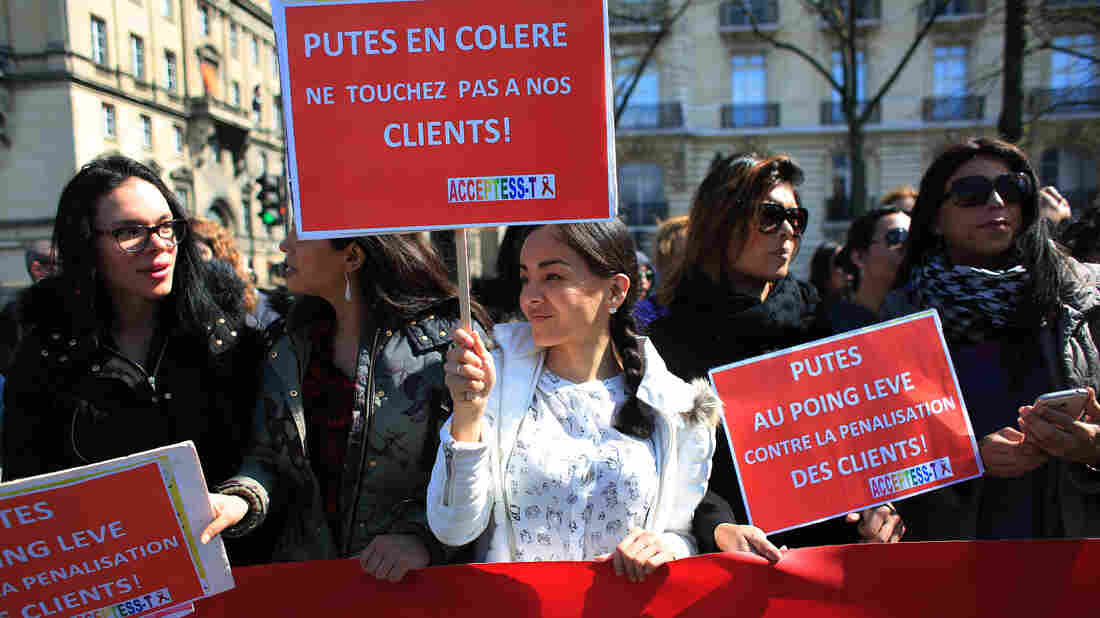 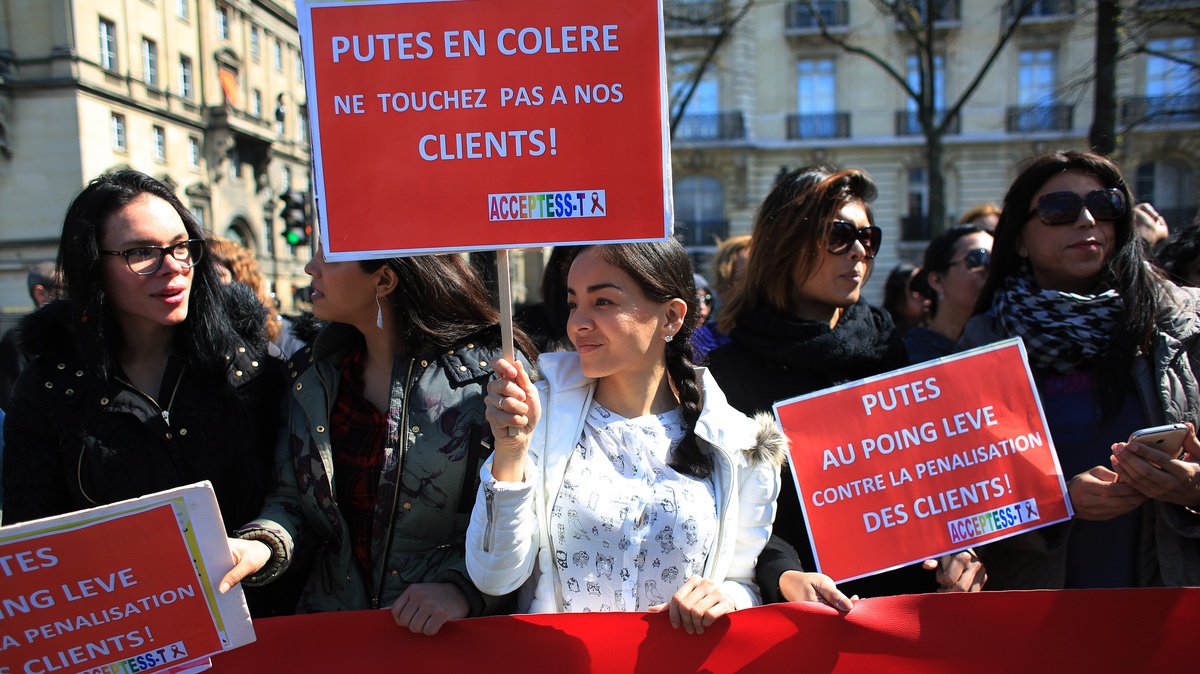 A new law in France makes it a crime to pay for sex.

Under the law, passed Wednesday, "customers will face fines and be made to attend awareness classes on the harms of the sex trade," The Associated Press reports. Clients will be fined about $1,700 for the first offense — and that increases to more than $4,250 on the second.

France's sex workers union strongly opposes the legislation, saying it puts them at greater risk. The new law, which has been billed as a comprehensive approach to reducing sex work, has received a mixed response from rights groups.

It also repeals a 2003 ban on solicitation by sex workers. As the AP reported, "prostitution in itself is legal in France — though brothels, pimping and the sale of sex by minors are illegal."

Additionally, the law will "make it easier for foreign prostitutes — many currently illegally in France — to acquire a temporary residence permit if they enter a process to get out of the prostitution business," the wire service added.

The French union of sex workers, known as Strass, called the law "dangerous" and rallied in central Paris on the day of the National Assembly vote. Under the pretext of protection, Strass said in a statement, the law will expose sex workers to more violence.

Amnesty International echoed that concern in comments to the BBC:

"Amnesty International says that laws against buying sex 'mean that sex workers have to take more risks to protect buyers from detection by the police'. The charity says sex workers have reported being asked to visit customers' homes to help them avoid police, instead of meeting them in safer environments."

As France 24 reported, rights group Le Mouvement du Nid "has mounted a detailed and impassioned defence of the legislation."

The group, which advocates against prostitution, called the new law a "historic victory" and said in a statement that it makes it easier for sex workers to file legal complaints against clients because it reverses criminal responsibility. The group said the law will help reduce human trafficking.

"France is in step with a European-wide trend away from laws that penalize women who offer sex for money, although there is little consensus over what approach to adopt to discourage the sex business," The New York Times reported.

France 24 has more on how the new law could change sex work:

"The only thing supporters and detractors seem to agree on is that the law could fundamentally impact the way prostitutes work.

"The change will come at a time when traditional prostitutes are already struggling to adapt to the new Internet-based business models, and facing new forms of exploitation.

"As the industry moves onto the Internet, a growing number of people are offering to work as intermediaries between prostitutes and clients on the web, according to observers.

"Critics of the law say it will push prostitution further toward the Internet business model, making it harder to police."