Accessibility links
Periods As Protest: Indiana Women Call Gov. Mike Pence To Talk About Menstrual Cycles : The Two-Way Gov. Mike Pence signed new abortion restrictions into law last month. Some women have since decided that if he's interested in their reproductive systems, they might as well keep him updated. 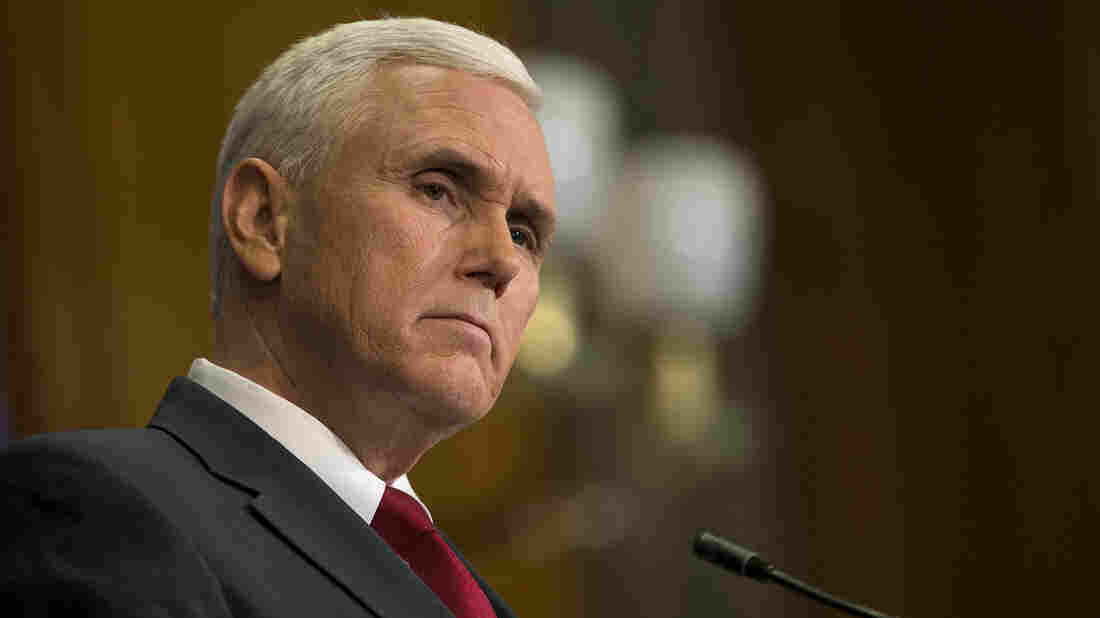 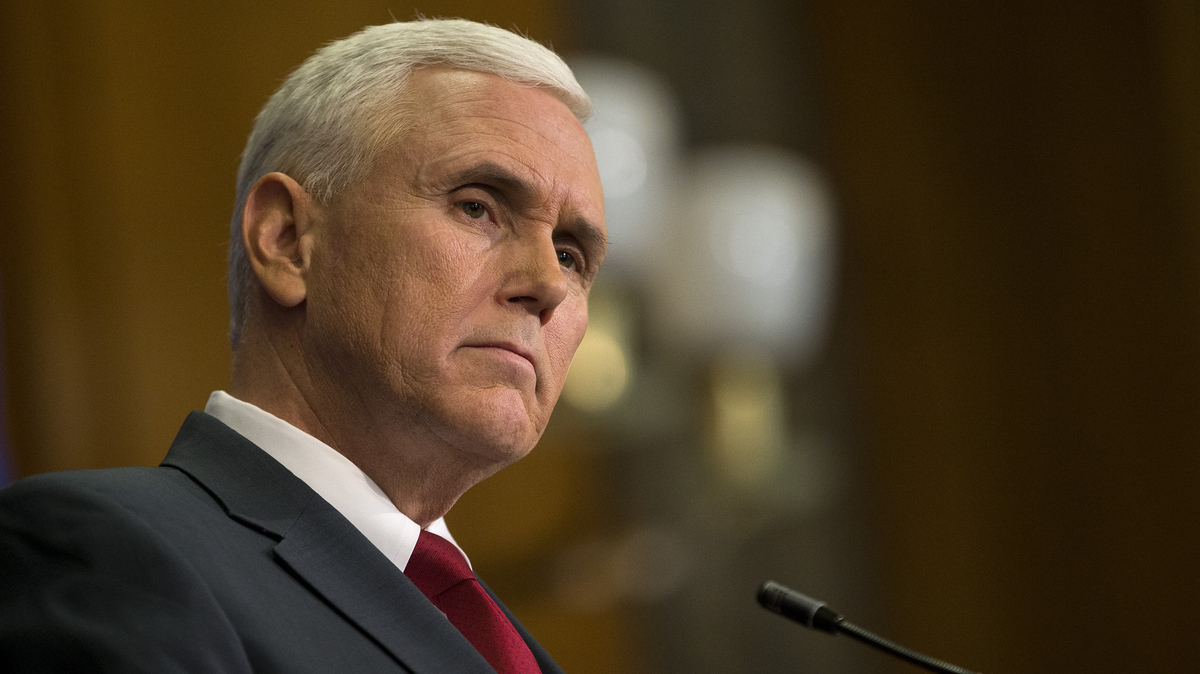 And since then, women have been sending Pence a message.

It's part of an effort called Periods for Pence. A local news channel contacted the woman behind the effort; it says she wishes to remain anonymous and that she started the Facebook page because she felt the new law is invasive.

As we reported, the law bans abortion motivated by fetal abnormalities as well as other fetal characteristics. It also tightens several other restrictions on abortion.

In a statement, Pence described the law as "a comprehensive pro-life measure that affirms the value of all human life." He doesn't appear to have formally commented on the campaign.

In the early days of the Periods for Pence effort, the organizer highlighted one aspect of the law — it requires miscarried fetuses, as well as aborted fetuses, to be "interred or cremated by a facility having possession of the remains," regardless of the age of the fetus.

"Fertilized eggs can be expelled during a woman's period without a woman even knowing that she might have had the potential blastocyst in her. Therefore, any period could potentially be a miscarriage without knowledge. I would certainly hate for any of my fellow Hoosier women to be at risk of penalty if they do not 'properly dispose' of this or report it. Just to cover our bases, perhaps we should make sure to contact Governor Pence's office to report our periods. We wouldn't want him thinking that THOUSANDS OF HOOSIER WOMEN A DAY are trying to hide anything, would we?"

She invited women to call Pence's office to talk about their periods. "Let's make our bodies Mike's business for real, if this is how he wants it," the page posted.

Me: "Good morning. I just wanted to call and let the good Governor know that I am still not pregnant, since he seems to be so worried about women's reproductive rights."
Irritated lady on the other end of the phone: "And can I get your name, please?"
Me: "Sure, it's Not Pregnant Laura."

Them: "Good Morning, Governor Pence's office"
Me: "Good Morning. I just wanted to inform the Governor that things seem to be drying up today. No babies seem to be up in there. Okay?"
Them: (Sounding strangely horrified and chipper at the same time) "Ma'am, can we have your name?"
Me: "Sure. It's Sue."
Them: "And your last name?"
Me: "Magina. That's M-A-G-I-N-A. It rhymes with — "
Them: "I've got it."
*Click*

Me: " Good Morning! I just wanted to let Mr. Cox know that the eagle has landed. I repeat, the eagle has landed."
Them: "Ummm ... okay? Is there anything else he should know?"
Me: "I have awful cramps."
Them: (Very pleasant but desperately wanting me to shut up) "OkayIwillpassthatalong."

Women — in Indiana and elsewhere — tweeted updates of their own.

@periodsforpence @GovPenceIN my uterus is tilted & tampons hurt, my obgyn says its normal - what does your office think?

@periodsforpence My periods stopped which is kinda good but now I'm having occasional problems with vaginal dryness. Any recommendations?

The Periods for Pence accounts reiterated several times that they weren't calling for women to send evidence of their menstrual cycles to the governor — just information. Lots and lots of information.

@periodsforpence @GovPenceIN @cbcox My ladybits must be livid today because my flow is like the scene from The Shinning. #periodsforpence

@GovPenceIN Been 4 days since last period. Hope I'm not preggo, but I don't know. U seem to know my body better. Thoughts? @periodsforpence

Hey @GovPenceIN I feel abdominal pains - could that be a #baby kicking? Am I #pregnant? nope, just gas. @periodsforpence @PPFA

It's not the first such campaign, as Cosmopolitan notes. Kentucky had #askbevinaboutmyvag after Gov. Matt Bevin signed a bill requiring women to have a consultation a day before having an abortion. In Ireland, where abortion is illegal, women tweeted about their menstrual cycles to the head of the Irish government in November.