Accessibility links
Prosecutors Say Former House Speaker Dennis Hastert Abused At Least 4 : The Two-Way After investigating hush-money payments, prosecutors have accused Hastert of agreeing to pay $3.5 million to a former student he sexually abused years ago when Hastert was a high school coach. 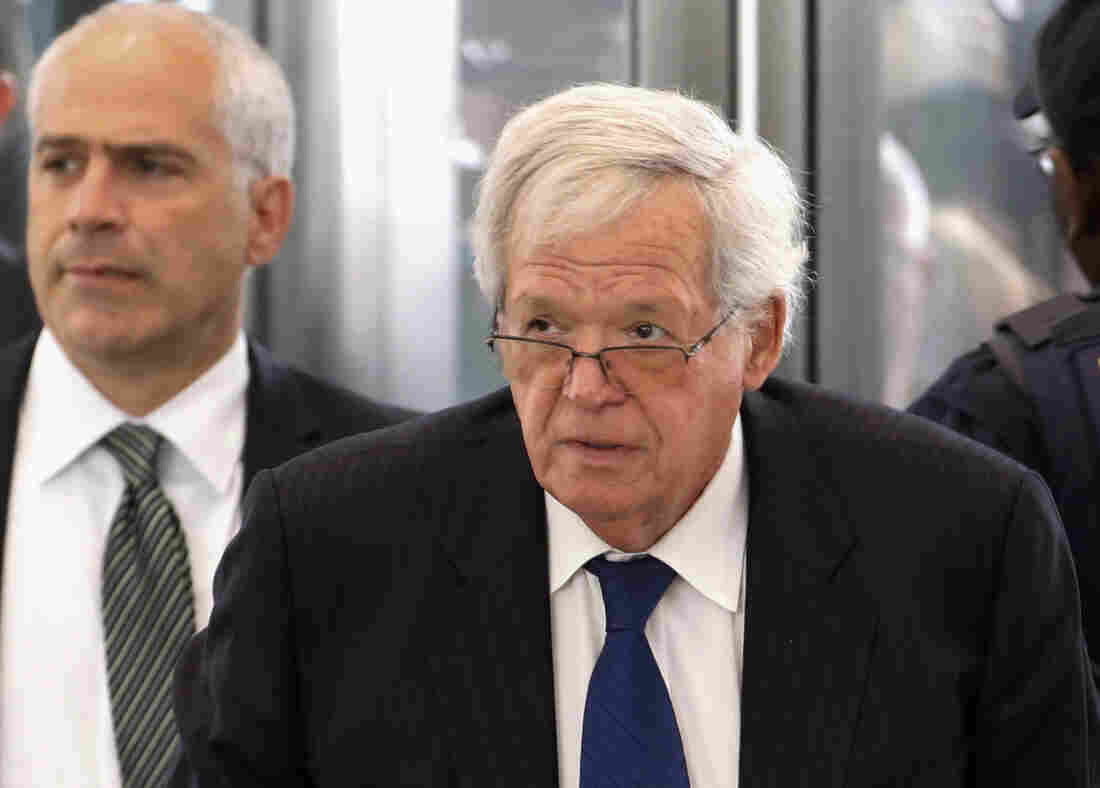 Former House Speaker Dennis Hastert arrives at the federal courthouse in Chicago for his June 9 arraignment for allegedly paying $3.5 million to "compensate for and conceal his prior misconduct against Individual A." Charles Rex Arbogast/AP hide caption 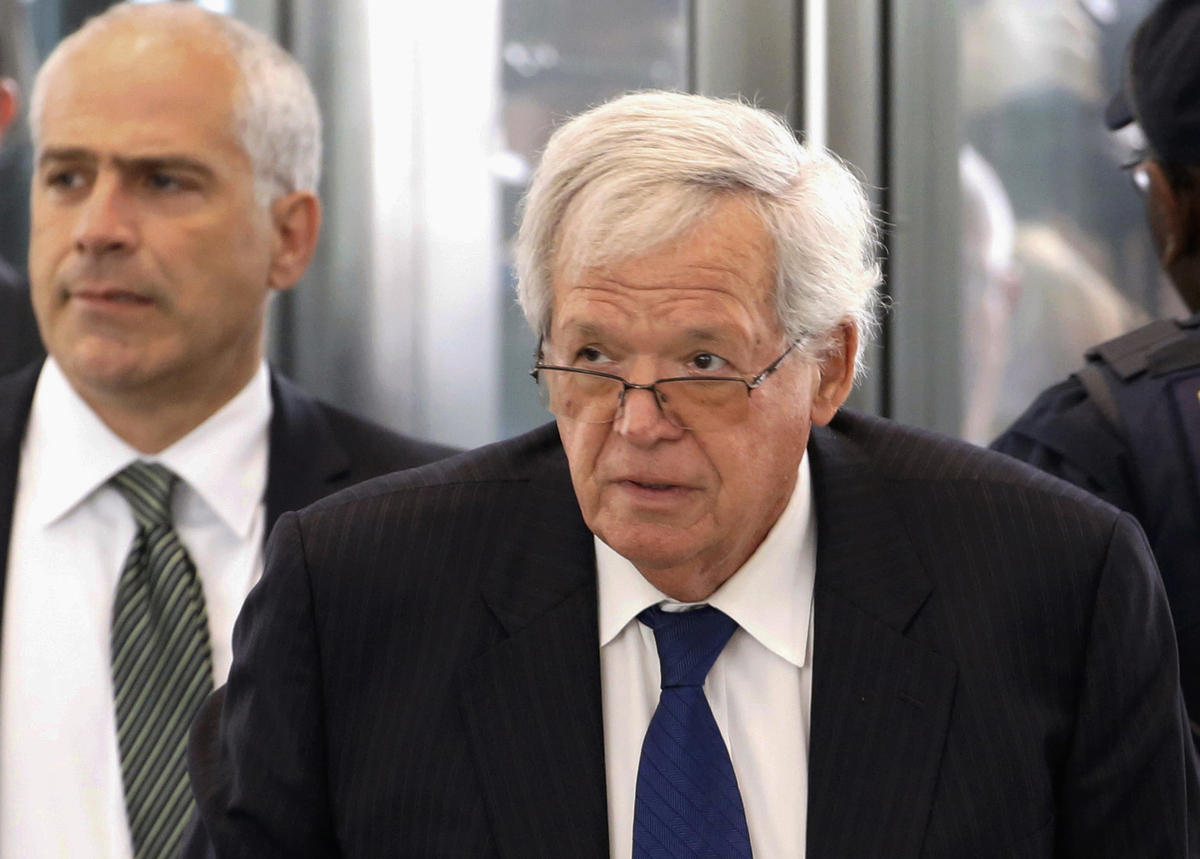 Former House Speaker Dennis Hastert arrives at the federal courthouse in Chicago for his June 9 arraignment for allegedly paying $3.5 million to "compensate for and conceal his prior misconduct against Individual A."

Former House Speaker Dennis Hastert has been at the center of an investigation concerning millions of dollars in hush-money payments he admitted he agreed to pay to conceal misconduct.

Now for the first time, federal prosecutors have confirmed that the alleged misconduct was the sexual abuse of at least four boys, including one 14-year-old, decades ago, when Hastert was a high school wrestling coach.

According to the court filing, Hastert agreed to pay $3.5 million "to compensate Individual A for sexual abuse of Individual A committed by defendant when Individual A was 14 years old and defendant was his wrestling coach."

Prosecutors say Hastert told Individual A he would stay in Hastert's room on a wrestling camp trip, while the other dozen or so boys stayed in another room. Hastert massaged Individual A's groin area, according to information gathered from Individual A. In another account, Hastert gave a 14-year-old wrestler a massage and then performed an unspecified sexual act on him. Prosecutors also say that after a wrestling practice, one 17-year-old allegedly received a massage from Hastert, who told the boy it would help him cut weight, and then performed a sexual act on the boy. A fourth boy, Stephen Reinboldt, who died in 1995, was sexually abused by Hastert throughout high school from the late 1960s to early 1970s, Reinboldt's sister told prosecutors. A fifth individual recalls a "very weird" experience after practice in which Hastert touched the individual's genitals after taking Hastert's offer to massage him, though the student isn't sure whether Hastert's action was intentional.

While the statute of limitations prevents Hastert from being charged with committing sexual abuse, prosecutors say they intend to hold him accountable for his illegal structuring of cash withdraws from banks — to pay the hush money — and his lies to federal authorities about it.

The court documents go on to state that the Illinois Republican acknowledged in May that in his October plea agreement he said he falsely told agents he was keeping the cash he'd been withdrawing.

Of the $1.7 million Hastert withdrew in cash over four and a half years, "$952,000 was in mostly $9,000 increments withdrawn on 106 separate occasions" to evade currency transaction reporting requirements for cash transactions over $10,000.

Shortly after pleading guilty to the illegal cash withdrawals in October, Hastert, 74, was hospitalized after suffering from a stroke. He was also treated for sepsis, had two back operations and has continued to require in-home care.

Prosecutors cite Hastert's poor health, but add that he can receive proper medical care in prison.

In their sentencing recommendations, prosecutors note that while Hastert was the "beloved coach" of the Yorkville High School team, his legacy is marred by "stunning hypocrisy." They call for Hastert to receive up to six months of prison time, in line with federal sentencing guidelines.

You can read the entire court document below.