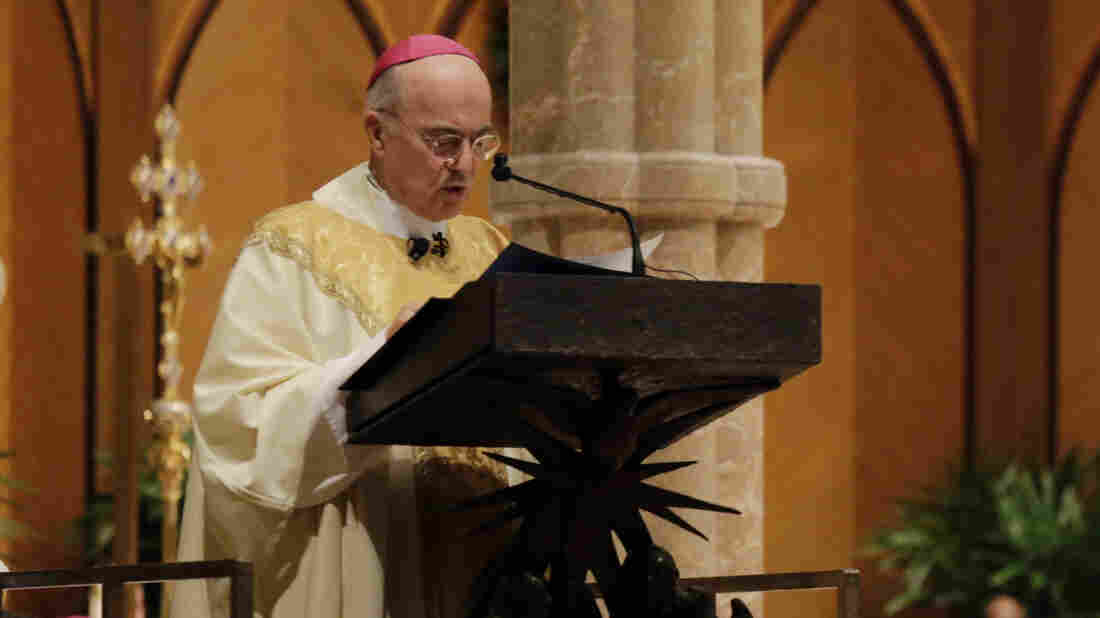 Archbishop Carlo Maria Viganò, seen here in 2014, is being replaced as the apostolic nuncio in the United States, after reaching mandatory retirement age in January. Getty Images hide caption 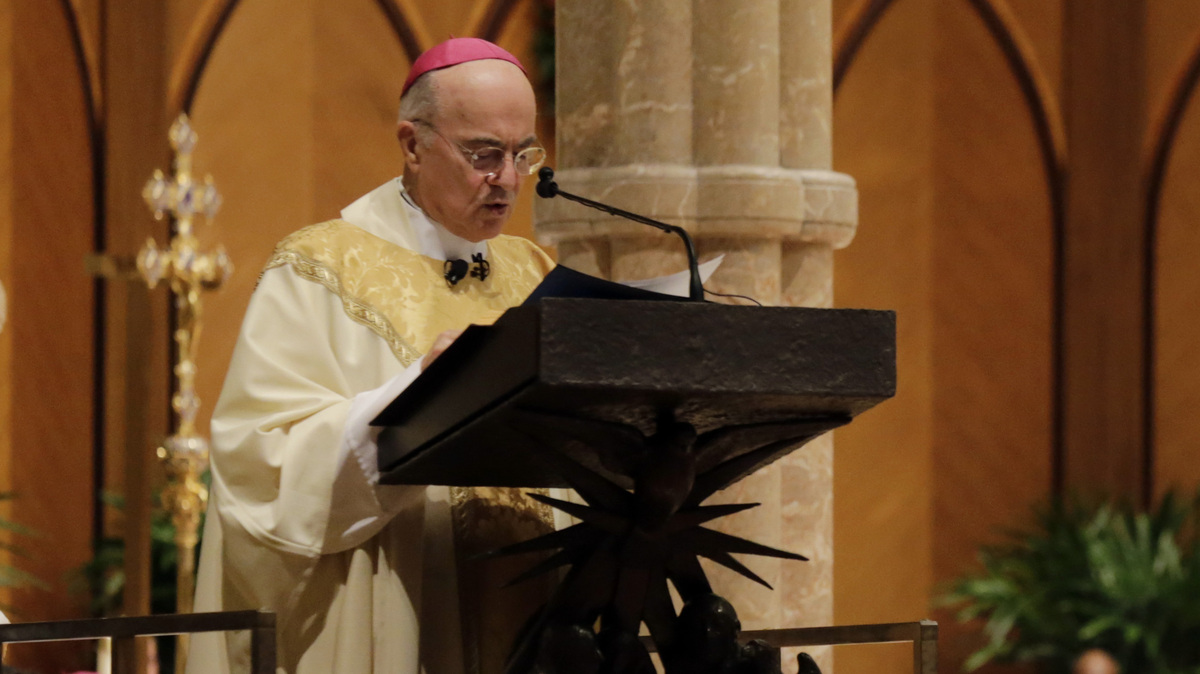 Archbishop Carlo Maria Viganò, seen here in 2014, is being replaced as the apostolic nuncio in the United States, after reaching mandatory retirement age in January.

Pope Francis has appointed Archbishop Christophe Pierre, the apostolic nuncio in Mexico, to the same position in the U.S., replacing the Vatican's ambassador who set up the pope's meeting with controversial Kentucky county clerk Kim Davis last fall.

The move had been anticipated since the exiting nuncio, Archbishop Carlo Maria Viganò, reached the mandatory retirement age of 75 earlier this year.

News of the pope's meeting with Davis surprised many of his American supporters last year; for some, it came as the lone controversial element of an otherwise harmonious visit to the U.S. Only weeks earlier, Davis had been put in jail over her refusal to issue marriage licenses to same-sex couples.

As we reported in September:

"The meeting was brief — less than 15 minutes, Davis' attorneys tell NPR — and occurred last Thursday, the same day Francis addressed Congress. Davis was in Washington for another purpose: She received a Cost of Discipleship award at the Family Research Council's Values Voter Summit on Friday night."

After news of the meeting generated an uproar of interest, the Vatican clarified that Davis had been one of "several dozen" people who met Pope Francis at the Vatican's embassy — and that the encounter had been set up by the nunciature, the Vatican's diplomatic office in D.C.

Of the new archbishop who'll be the Vatican's man in Washington, America magazine reports:

"Archbishop Christophe Pierre, 70, is widely recognized as one of the Holy See's most accomplished diplomats. A polyglot, who speaks English fluently, he has served as nuncio in Mexico since March 22, 2007, and excelled as advisor and host to Pope Francis during his recent visit there. Before going to Mexico he served with distinction as nuncio to Uganda (1999-2007) and Haiti (1995-99)."