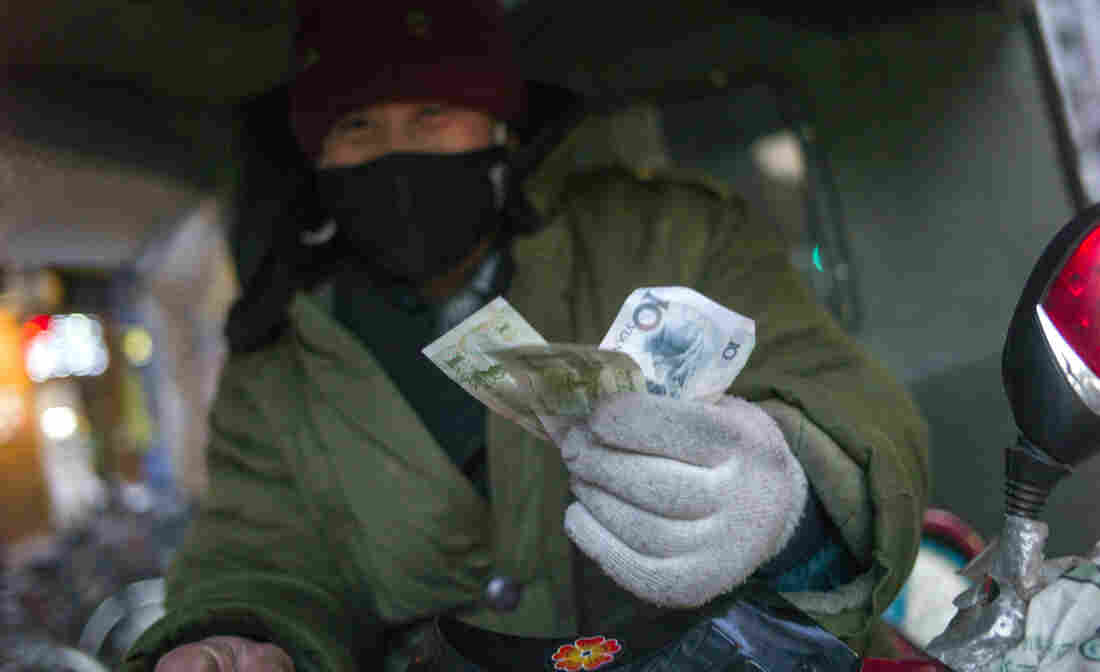 A driver holds up his change from a transaction in Beijing in February. The latest World Economic Outlook offers some good news for China's economy this year. Fred Dufour/AFP/Getty Images hide caption 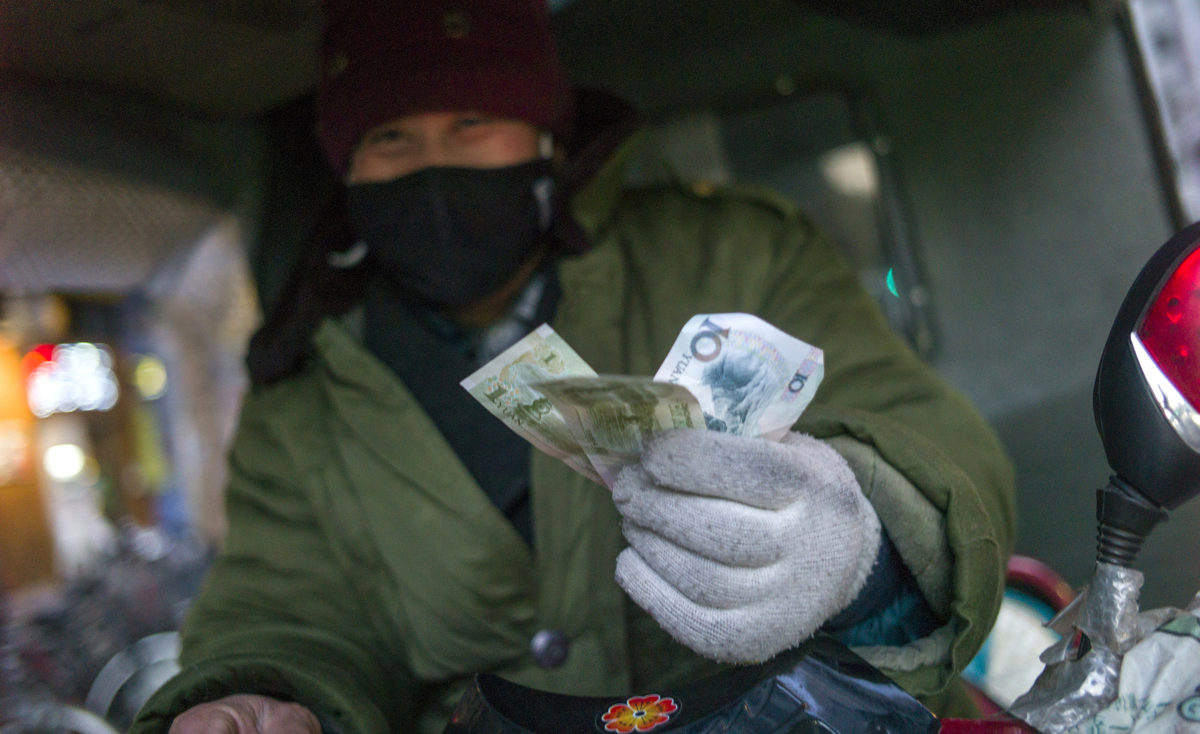 A driver holds up his change from a transaction in Beijing in February. The latest World Economic Outlook offers some good news for China's economy this year.

The outlook for global economic growth got downgraded yet again, this time by economists with the International Monetary Fund's economists. In January, they thought the global economy would grow 3.4 percent this year, but they ratcheted that down to 3.2 percent in the latest version of their World Economic Outlook.

U.S. growth for 2016 got trimmed by the same amount in the report released Tuesday, down to 2.4 percent.

So what's going on? Here are five key factors from the WEO.

1. Fallout from the global financial crisis and the Great Recession is still a drag on growth. That's the case in the eurozone, which is still suffering from high unemployment and low investment. The hit to global demand from the Great Recession also hurt big export economies such as China's. Demand hasn't recovered, and growth rates in China have fallen significantly in recent years. However, one positive in Tuesday's forecast is a slight upward revision in Chinese growth for 2016.

2. Demand for commodities from iron to oil has been hammered by the slowdown in China. That's hurt emerging market commodity producers, including Brazil and Russia. Both are already in deep recessions. The IMF now forecasts that their downturns will deepen this year.

3. Political instability is hurting growth in Brazil, Europe and the Middle East. Brazil is embroiled in a corruption scandal at the highest levels of government. Europe is reeling from a migrant crisis caused by conflict in the Middle East. The debt crisis from Greece remains a threat, and the Brexit — the upcoming vote in Britain that could lead to its exit from the European Union — is also creating uncertainty that undermines growth.

4. The strong dollar and weak demand in much of the world are hurting exports and eroding growth in the U.S., which is one of the few relative bright spots in the global economy. Also, low oil and gas prices have curtailed investment in the energy sector. This is continuing to hurt U.S. manufacturers that produce equipment and supplies for the industry.

5. The Federal Reserve hike in U.S. interest rates and the prospect of even higher rates have caused capital to flow out of emerging markets and into dollar-based assets. That has hurt investment in those emerging markets, undermining growth.

The IMF warns that slower global growth leaves less room for policymaking errors that could derail the recovery. Its prescriptions are more government stimulus, especially through spending on infrastructure; more expansive monetary policy from central banks; and structural reforms, such as changes to labor and competition policies that make economies more efficient.