Accessibility links
Former Manson Follower Leslie Van Houten Recommended For Parole : The Two-Way Van Houten, now 66, is serving a life sentence for her part in a 1969 string of killings in Los Angeles by the Charles Manson cult. The governor will have final say over whether she is granted parole. 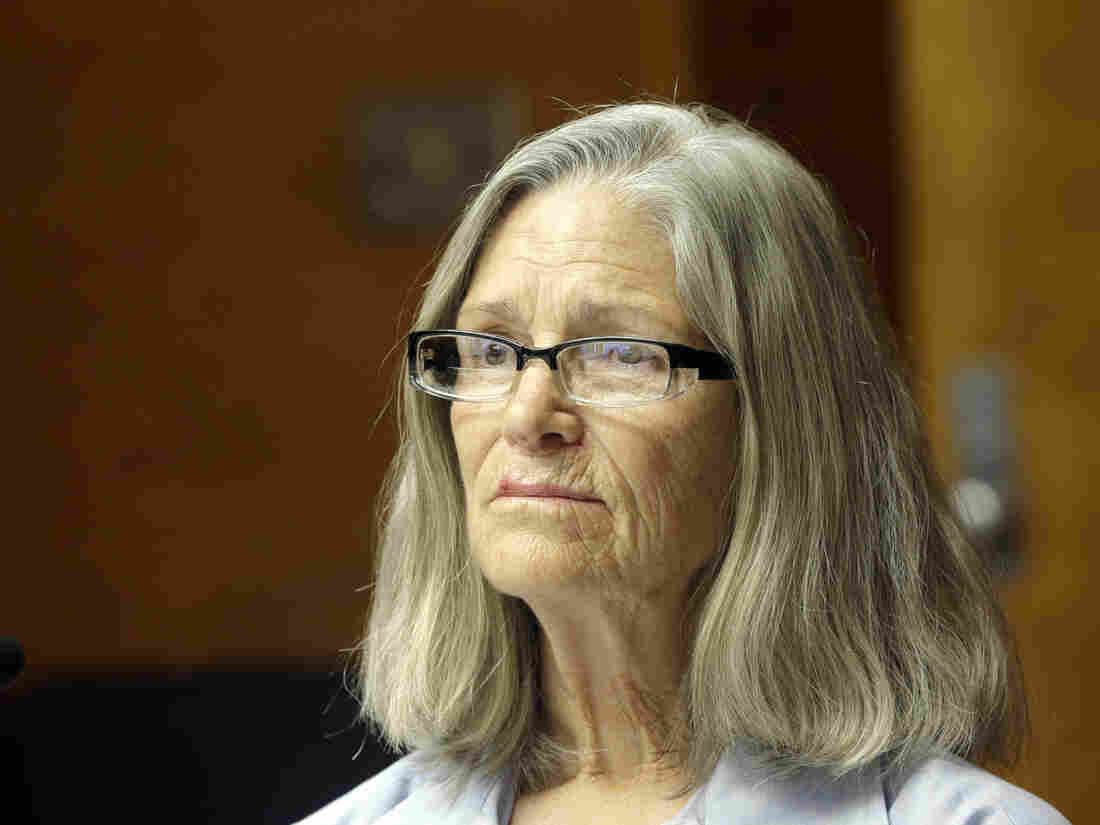 Former Charles Manson follower Leslie Van Houten is seen during a hearing on Thursday before the California Board of Parole Hearings at the California Institution for Women in Corona, Calif. Nick Ut/AP hide caption 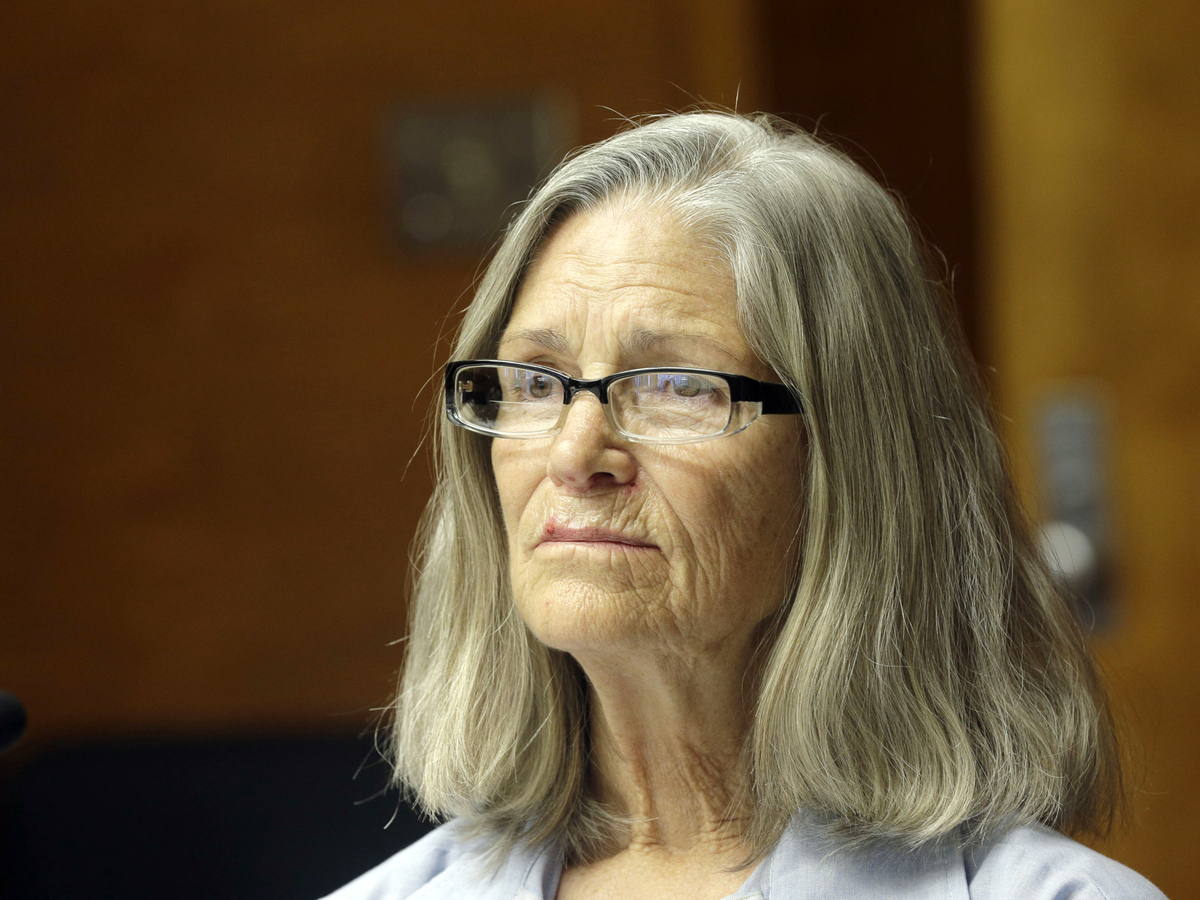 Former Charles Manson follower Leslie Van Houten is seen during a hearing on Thursday before the California Board of Parole Hearings at the California Institution for Women in Corona, Calif.

Van Houten, 66, has been serving a life sentence for her role in the 1969 murders of Leno and Rosemary La Bianca, part of the notorious string of slayings carried out by the Charles Manson cult over two nights in Los Angeles.

The California Board of Parole Hearing's legal team will review the case and California Gov. Jerry Brown will make the final decision about whether to grant Van Houten parole, Danielle Karson tells our Newscast unit.

"The 1969 Tate-La Bianca murders were one of the country's most gruesome killings," Karson reports. "Van Houten says she stabbed Rosemary La Bianca more than a dozen times."

Five Manson followers were convicted of the La Bianca murders on Aug. 10, 1969. As the Los Angeles Times reports: 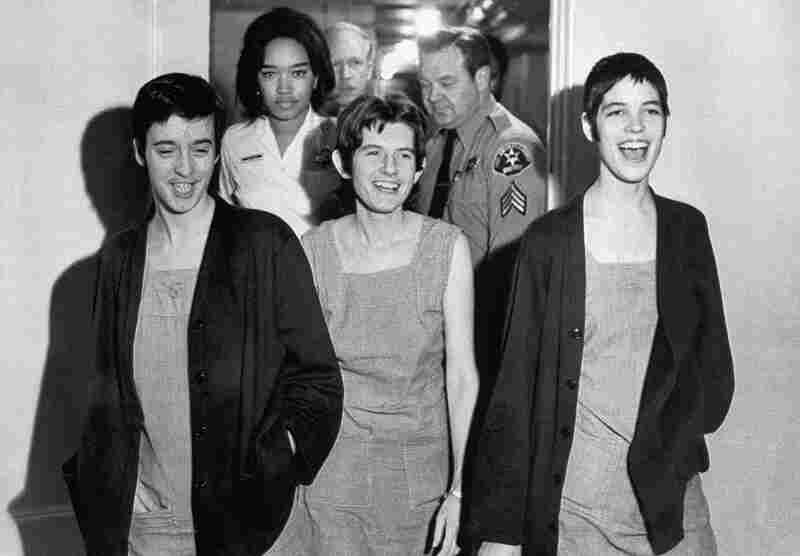 Susan Denise Atkins (from left), Patricia Krenwinkel and Leslie Van Houten after receiving death sentences for their part in the Manson family murders. The sentences were commuted to life in prison when California temporarily banned the death penalty in the 1970s. Bettmann Archive/Getty Images hide caption

"The blood of the victims was used to scrawl messages on the walls, as had been done at the Benedict Canyon home where, on the previous day, Manson family members killed actress Sharon Tate and four others."

The newspaper says the grisly killings were "part of a murderous rampage hatched by Manson in an effort to instigate a race war, according to trial testimony."

Van Houten, who was 19 at the time, has since maintained that "she was emotionally troubled and under the sway of LSD and Manson's charismatic personality," member station KPCC reported.

"I don't let myself off the hook. I don't find parts in any of this that makes me feel the slightest bit good about myself," Van Houten told the panel Thursday, according to The Associated Press.

As the Times reports, Van Houten's attorneys have "characterized her as a model inmate, earning bachelor's and master's degrees from prison while running self-help groups for incarcerated women."

"Maybe Leslie Van Houten has been a model prisoner," Cory LaBianca said, according to the Times. "But you know what? We still suffer our loss. My father will never be paroled. My stepmother will never get her life back. There's no way I can agree with the ruling today."

Van Houten is "the first Manson follower involved in the Tate or La Bianca killings to reach this stage in the parole process," the AP reports. Another Manson follower, sentenced in connection to other killings, received a parole recommendation last year that the governor eventually blocked.