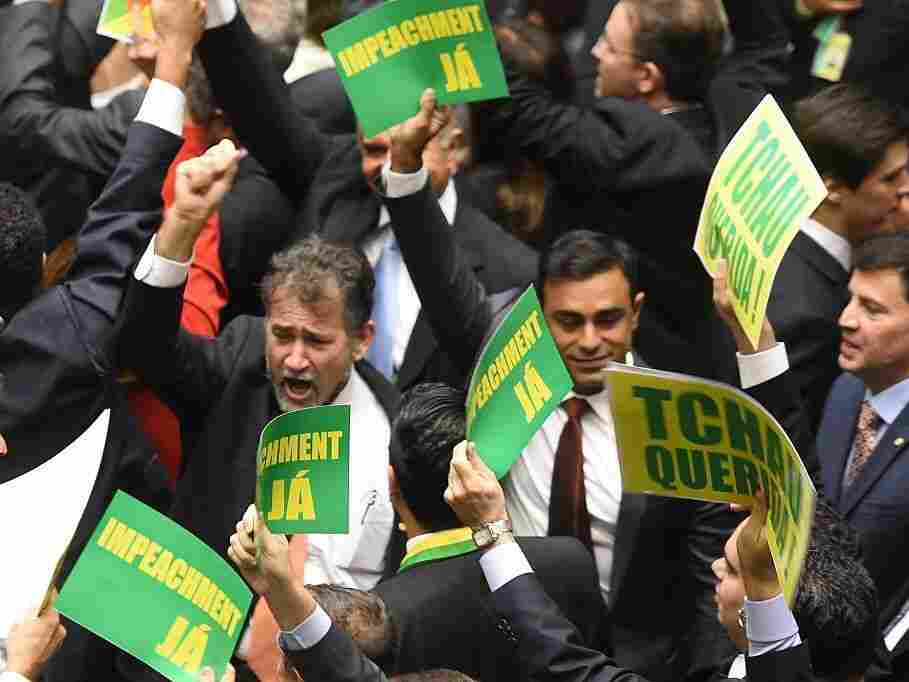 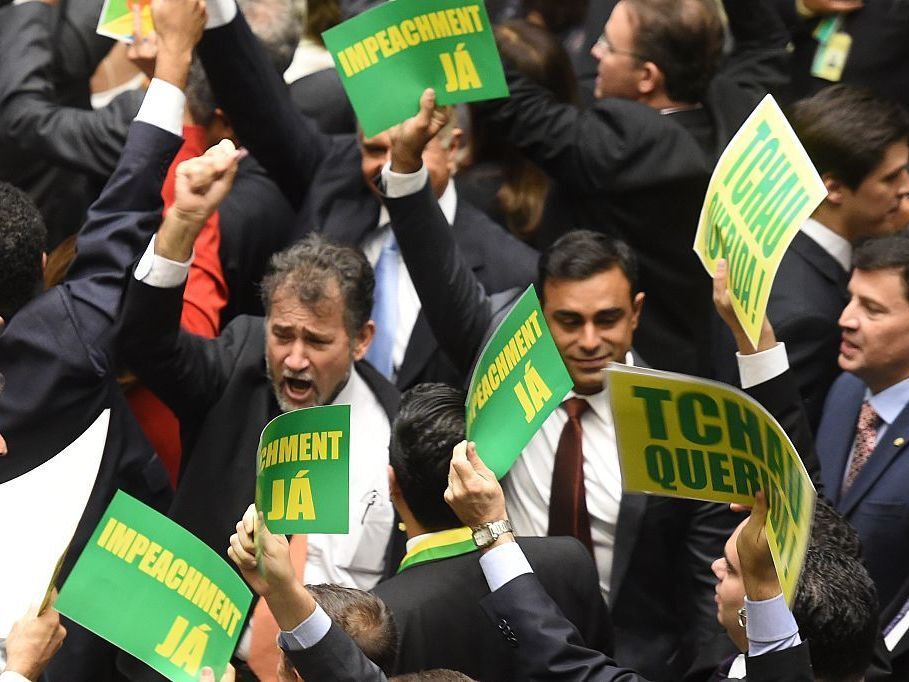 The lower house of Brazil's Congress has started debating whether to impeach President Dilma Rousseff, hours after the country's Supreme Court allowed the proceedings to move forward.

The Chamber of Deputies is set to vote Sunday. If two-thirds of them support impeachment, the process would move to Brazil's upper house, the Senate.

As The Associated Press reported, "The atmosphere in the lower Chamber of Deputies was electric at the start of the session, as Rousseff's critics festooned themselves with yellow and green ribbons and brandished placards reading 'Impeachment Now!' "

Reporter Catherine Osborn tells our Newscast unit that the Supreme Court rejected the government bid to shut down the process in a ruling early Friday:

"President Rousseff's lawyers objected to the way charges against her were argued in a Monday congressional committee about impeachment. On Monday, some lawmakers said Rousseff should be impeached both for tampering with Brazil's budget and for claims that she was involved in a corruption scheme at state oil company Petrobras.

"Rousseff's lawyer said the accusations about Petrobras were not part of the impeachment charge ... and that she did not have the chance to defend herself. The Supreme Court ruled against Rousseff, 8 to 2. They stressed Sunday's vote should only be based on Rousseff's budget."

One court member, Gilmar Mendes, said Rousseff "has lost the conditions to be president," The Economist reported. "For a poor player, even their own legs can trip them up," Mendes added. The magazine said that the last-minute petition to the court "smacked of desperation."

NPR's Lourdes Garcia-Navarro, reporting from Rio de Janeiro, told Morning Edition this week that many legal analysts find the case against Rousseff "insubstantial." Lourdes said that Rousseff is "accused of juggling federal accounts to make the economy seem better than it was before her re-election in 2014."

Lourdes added that "her supporters say the attempt to oust a democratically elected leader is a coup." On the other hand, Lourdes said, the opposition accuses her of ruining the economy, "and they've been emboldened by polls that show a majority of the country wants to see her removed from office."

The Economist reports on next steps if the lower house does indeed vote to push the impeachment proceedings forward on Sunday:

"With the president's weekend defeat close to assured, minds are turning to the day after the vote. It could stretch to a month. Ms Rousseff will only have to step down once a simple majority of senators agree to start an impeachment trial. If and when that happens, [Brazil's vice president, Michel] Temer will assume presidential duties for up to 180 days while the trial is conducted."