Accessibility links
#NPRreads: 3 Great Reads To Contemplate This Weekend : The Two-Way Correspondents, editors and producers from our newsroom share the pieces that have kept them reading, using the #NPRreads hashtag. Each weekend, we highlight some of the best stories. 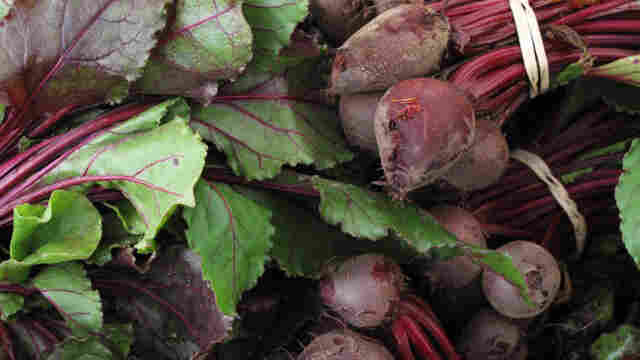 Beets for sale at a Farmer's Market in Washington, D.C. A new investigation found that many Tampa Bay restaurants claiming to serve locally-sourced food are not truthful about where their ingredients come from. Dean Fosdick/AP hide caption 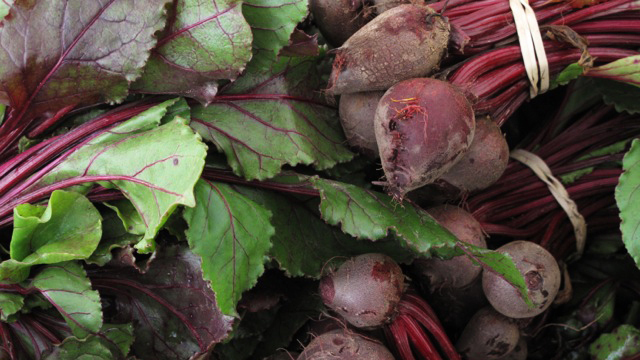 Beets for sale at a Farmer's Market in Washington, D.C. A new investigation found that many Tampa Bay restaurants claiming to serve locally-sourced food are not truthful about where their ingredients come from.

Because I work from an office in the Tampa Bay Times building, I got early word from my former colleague Laura Reiley, the newspaper's food critic, that she was working on something exciting. She told me she was looking into a wide range of local restaurants which claimed to offer locally farmed food, homemade ingredients and environmentally friendly practices.

"Almost everybody," she said, laughing.

The result is "Farm to Fable," a series which tracks the invoices and claims of dozens of restaurants across Tampa, St. Petersburg, Clearwater and other parts of the Tampa Bay area in Florida which tout farm-to-table practices. She slipped samples of fish into zip-top baggies for DNA testing by university scientists. She visited farms. She asked restaurants where they bought locally and then asked the distributors if the stories were true.

Her conclusion: "Just about everyone tells tales." And giving readers a sense of exactly how the restaurants are fibbing to them – while taking hundreds of dollars a sitting from people who believe their claims – is a pretty good example of food criticism and journalism.

Even if you don't like wrestling, still a great #NPRreads. | The Wrestler Who Jobbed His Way Into The Hall Of Fame https://t.co/DqynZtjYkb

You don't necessarily have to be interested in something to realize somebody has a great story, and in this case, you don't need to know a body slam from a clothesline to appreciate the writing in this Deadspin piece on Johnny Rodz, a wrestling hall-of-famer who's currently training those seeking the spotlight.

"He means nothing personal. Rodz just takes wrestling even more seriously than J.J. Watt takes football. He could be spending his retirement in relaxation, but instead he treks from Staten Island to Brooklyn four days a week and crams himself into his tiny office. He says operating a wrestling club is impossible to profit from if you truly want to provide adequate training time. He says he's "broke" but doesn't get into it any further."

It's not a long piece at all, but Ross Benes' portrait of Rodz, and those who would pay to train in the squared circle, is well worth the time. And if you're interested in more than just a mental picture of a wrestling club, well, that'll cost you $3,000.

From Merrit Kennedy, writer for The Two-Way:

The war in Syria is into its sixth year, and during that time it has torn the country apart and killed at least a quarter of a million people. Right now, as fighting rages on, it's a stretch to imagine those responsible being brought to justice.

But in Ben Taub's piece in The New Yorker, we learn that for years now, a group of people have steadily gathered evidence that ties the highest levels of the Syrian regime to atrocities like mass torture.

Even though there's no sign that top Syrian authorities will see their day in court anytime soon, these investigators have made sure that if that day comes, they'll be ready. One of the people involved in the investigation said, "we'll have much better evidence than we've had anywhere since Nuremberg."

One defector taped documents to his body as he fled. Another stashed thumb drives in his socks. Some documents remain buried in pits or hidden in caves, waiting for a chance to be removed safely.

In conflict, history is easily erased and blame shifted. There's something reassuring about the idea that in safe, humidity-controlled rooms, there are documents showing who is responsible for horrifying crimes in Syria, in black and white, ready to be used.