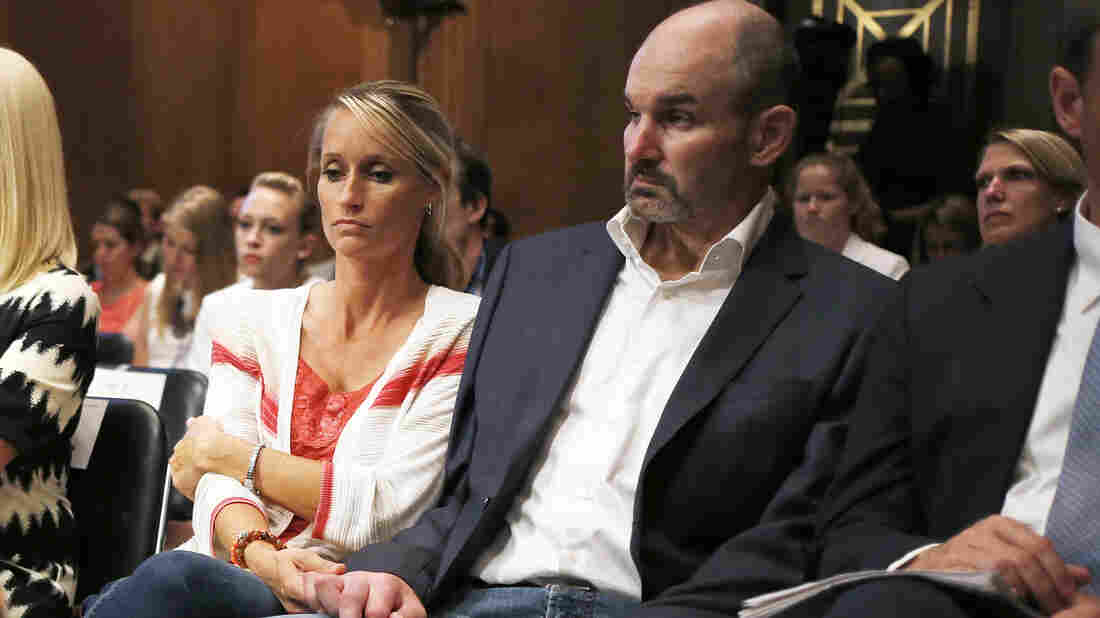 Kevin Turner was a lead plaintiff in the class-action lawsuit against the NFL that was affirmed Monday. Turner died last month; he's seen here in a 2014 Senate hearing on the long-term effects of brain injuries. Charles Dharapak/AP hide caption 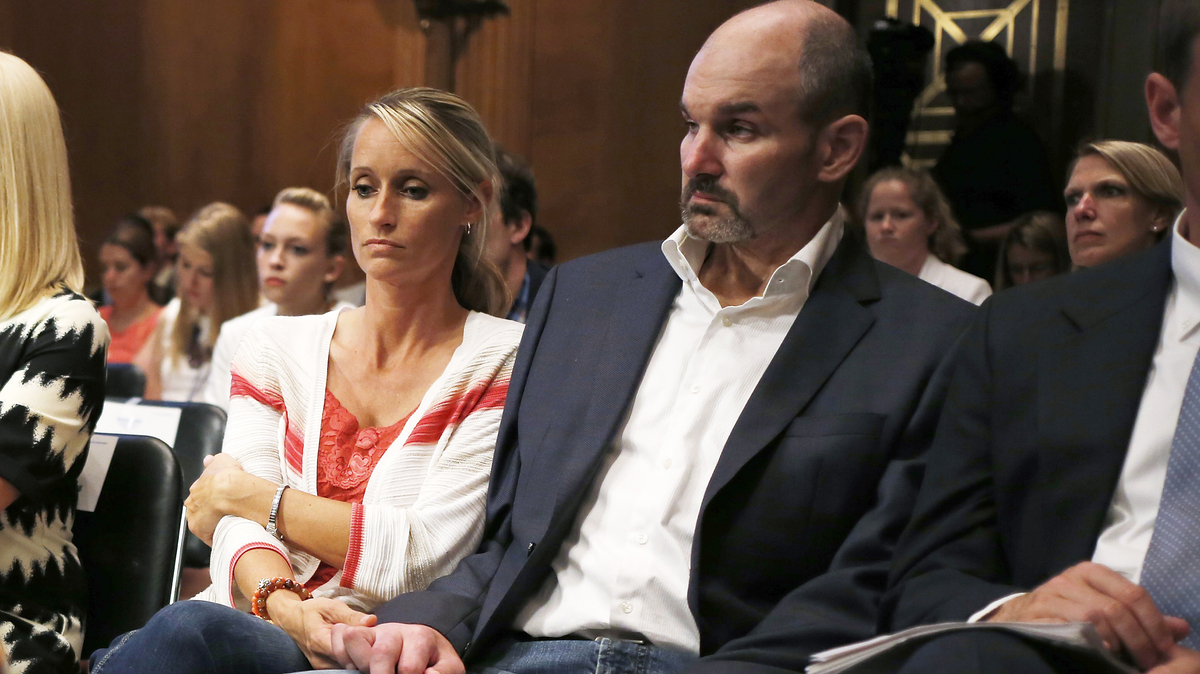 Kevin Turner was a lead plaintiff in the class-action lawsuit against the NFL that was affirmed Monday. Turner died last month; he's seen here in a 2014 Senate hearing on the long-term effects of brain injuries.

A federal appeals court has affirmed an NFL settlement with retired players that could cost the league $1 billion to handle brain-injury claims over the next 65 years, rejecting appeals from players who disagreed with the terms of the deal.

Covering more than 20,000 retired players, the settlement promises to end hundreds of lawsuits filed by athletes who say they suffered chronic traumatic encephalopathy, or CTE. Just last month, a senior NFL official made headlines for acknowledging that football has been linked to the degenerative brain disease — something that league officials had previously refrained from saying in public.

But that admission didn't open the NFL to increased penalties, according to the three judges who heard the case for the 3rd U.S. Circuit Court of Appeals. They also refused to reject the settlement on the basis of the appellants' other objections, including their claim that the deal isn't generous enough to cover all currently retired players for decades to come.

"Though not perfect, it is fair," the judges wrote of the settlement in their opinion. They said that those appealing the deal "risk making the perfect the enemy of the good."

The settlement does not cover players who are currently in the NFL. It was approved last April by U.S. District Judge Anita B. Brody.

One of the lead plaintiffs in the class-action case against the NFL was Kevin Turner, who died last month at age 46.

A former star at Alabama, Turner went on to an NFL career as a running back, playing for the Philadelphia Eagles and the New England Patriots. But for the last six years of his life, Turner suffered from amyotrophic lateral sclerosis, or ALS. That disease is covered by the settlement, along with Parkinson's, Alzheimer's and other neurocognitive conditions.

The deal attaches a financial award to different serious conditions diagnosed in former players. Here is the overview of maximum payouts:

In their appeal, the plaintiffs listed a range of effects of CTE, from headaches, depression and an increased risk of suicide to memory loss, dementia and language impairment. They also said the NFL sought to minimize the public's perception of the risk of head trauma as far back as 1994, when it created the Mild Traumatic Brain Injury Committee — a body that the plaintiffs say was "at the forefront of a disinformation campaign that disseminated 'junk science,' " the appeals court notes.

News of the NFL deal's confirmation comes months after thousands of former college athletes reached their own deal with the NCAA; a federal judge has given preliminary approval to that deal.