Accessibility links
On Obama's Immigration Actions, Supreme Court Seems Sharply Divided : The Two-Way A 4-4 tie is a real possibility. In that case, the actions, which would shield some 4 million people from deportation, would never take effect. 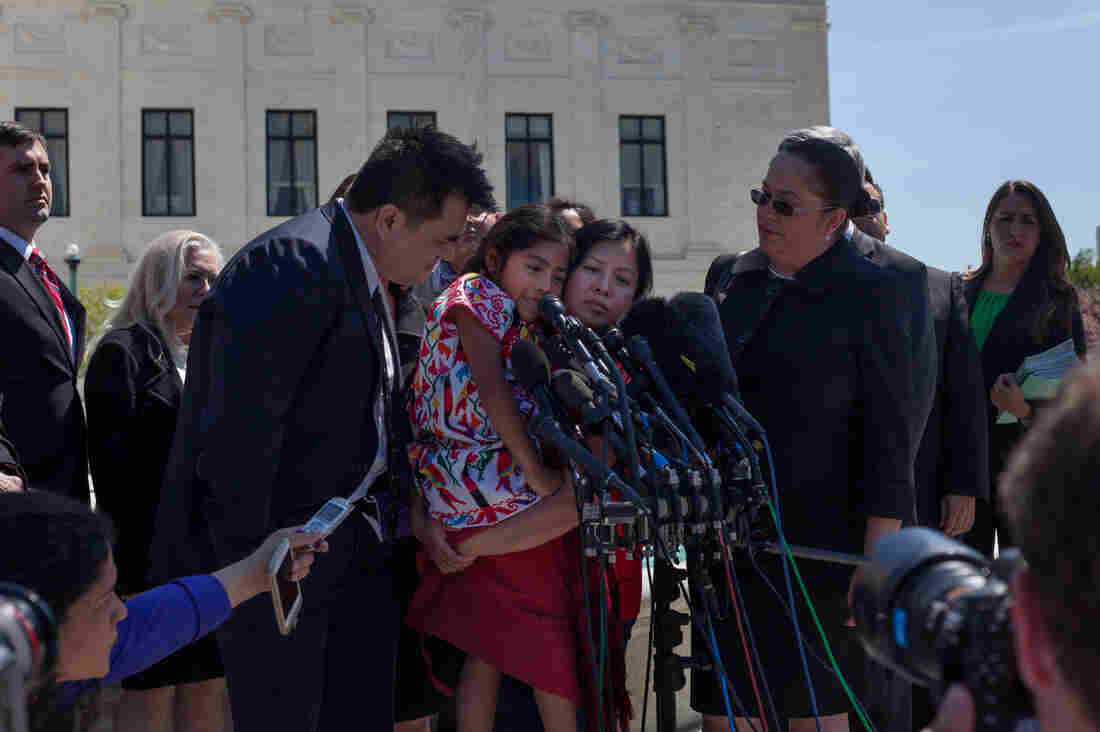 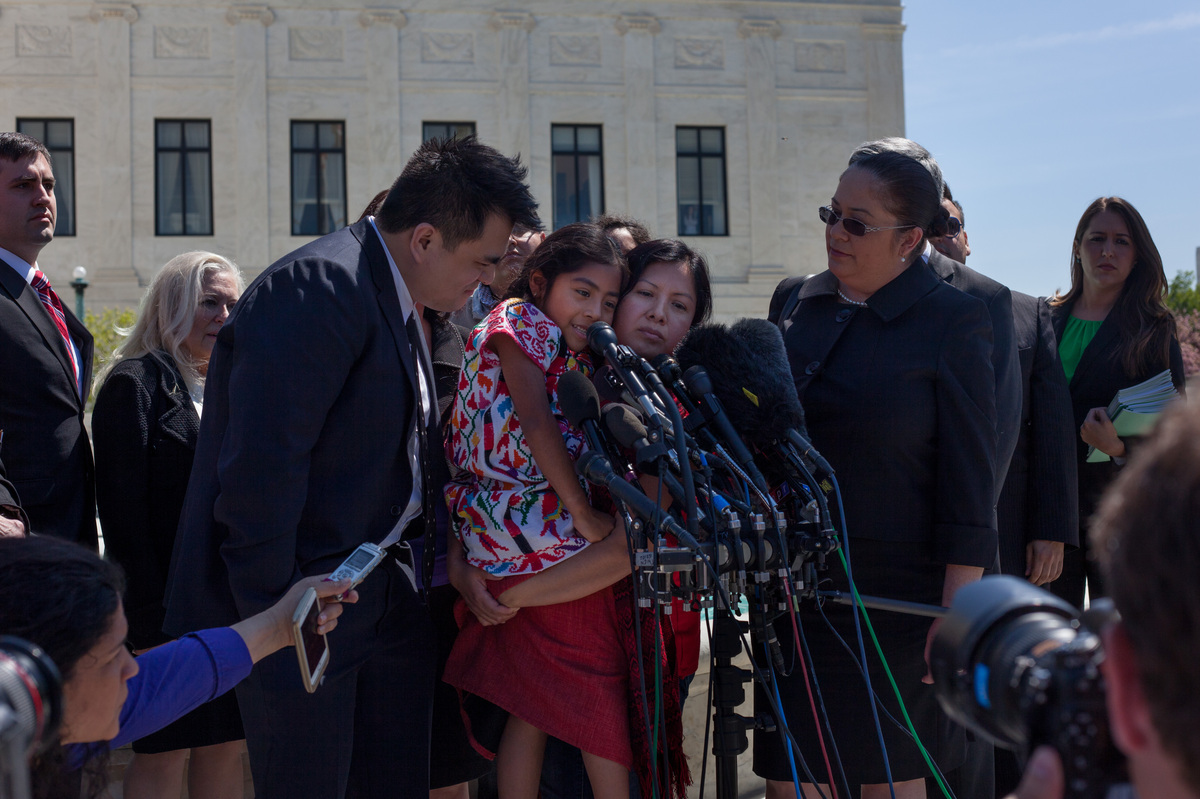 Immigrant activists, including Jose Antonio Vargas and Sophie Cruz, speak to reporters after oral arguments at the Supreme Court.

President Obama's controversial executive actions on immigration were challenged in the Supreme Court on Monday.

While it's impossible to glean how the court will ultimately decide the case, the eight justices seemed evenly split along ideological lines during oral arguments, leaving a real possibility of a 4-4 tie.

If that comes to pass, a lower court decision that stopped the actions from going into effect will stand, Obama's term will come to an end and his executive actions, which were intended to shield some 4 million people from deportation, will never go into effect.

Two things were important to look at during arguments: the question of standing — whether Texas should be allowed to bring a suit on this matter against the government in the first place — and where Justice Anthony Kennedy, a swing vote even on an eight-justice court, landed on the issue.

The issue of standing took up a lot of time during arguments. Chief Justice John Roberts, who famously sidestepped a broader opinion on same-sex marriage in 2013 based on the issue of standing, is a critical voice to that end. He seemed to side with Texas, which argued the state had standing because it would be harmed by the actions as it would cost more money to issue driver's licenses to people in the country illegally.

Kennedy, who has in the past has written opinions in favor of giving the executive broad powers on enforcement, seemed dubious in this case. He said 4 million people is a lot of people and it seems that to give them quasi-legal status should be a legislative decision, not an executive decision.

In other words, the court seemed evenly split.

Outside the court, hundreds of protesters gathered to show their support for the president.

Marcy Suarez, a 20-year-old who was shielded from deportation by a previous executive action that is not in dispute now, said she hopes the court takes into account what she calls the humanitarian dimension of the issue.

"We are here to work hard, contribute to the country," Suarez said. "This is our home; that's why we don't want to leave."