Accessibility links
Embattled Brazilian President Vows To Fight, Despite Impeachment Vote : The Two-Way The embattled president says the vote to impeach her is "an attempt at indirect election because those who want to rise to power would not have the votes to do so in a normal election." 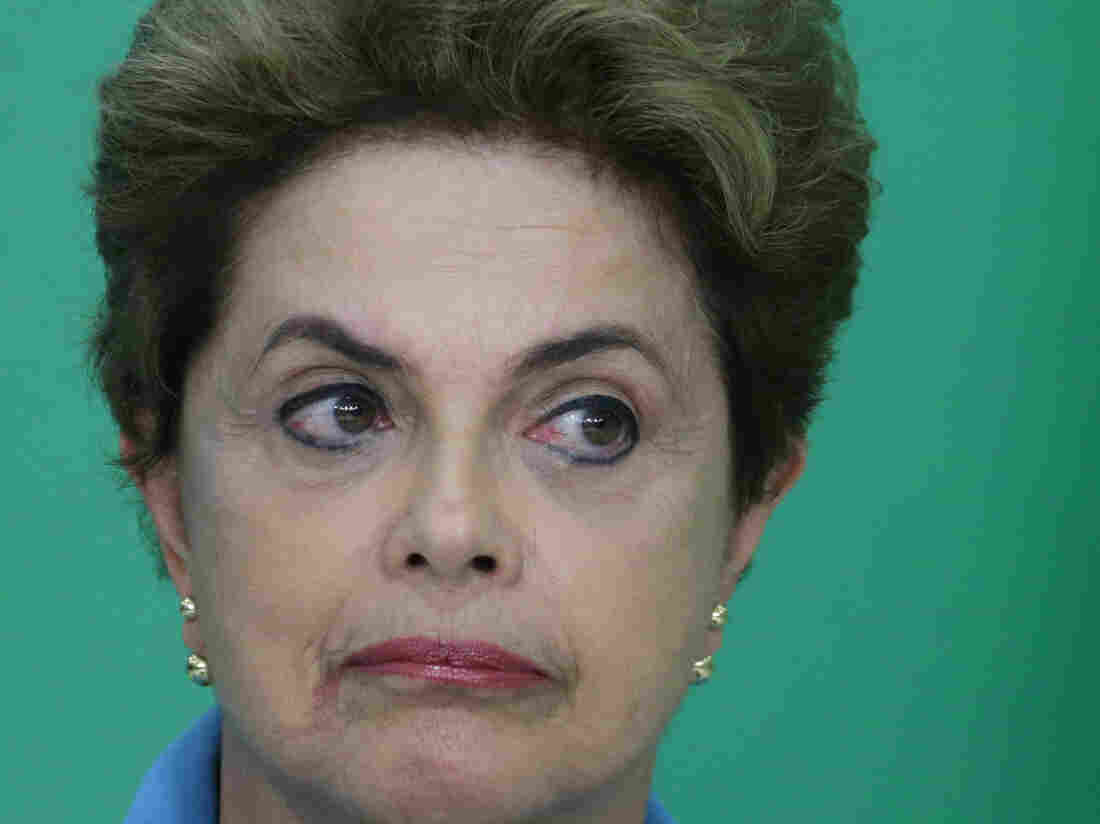 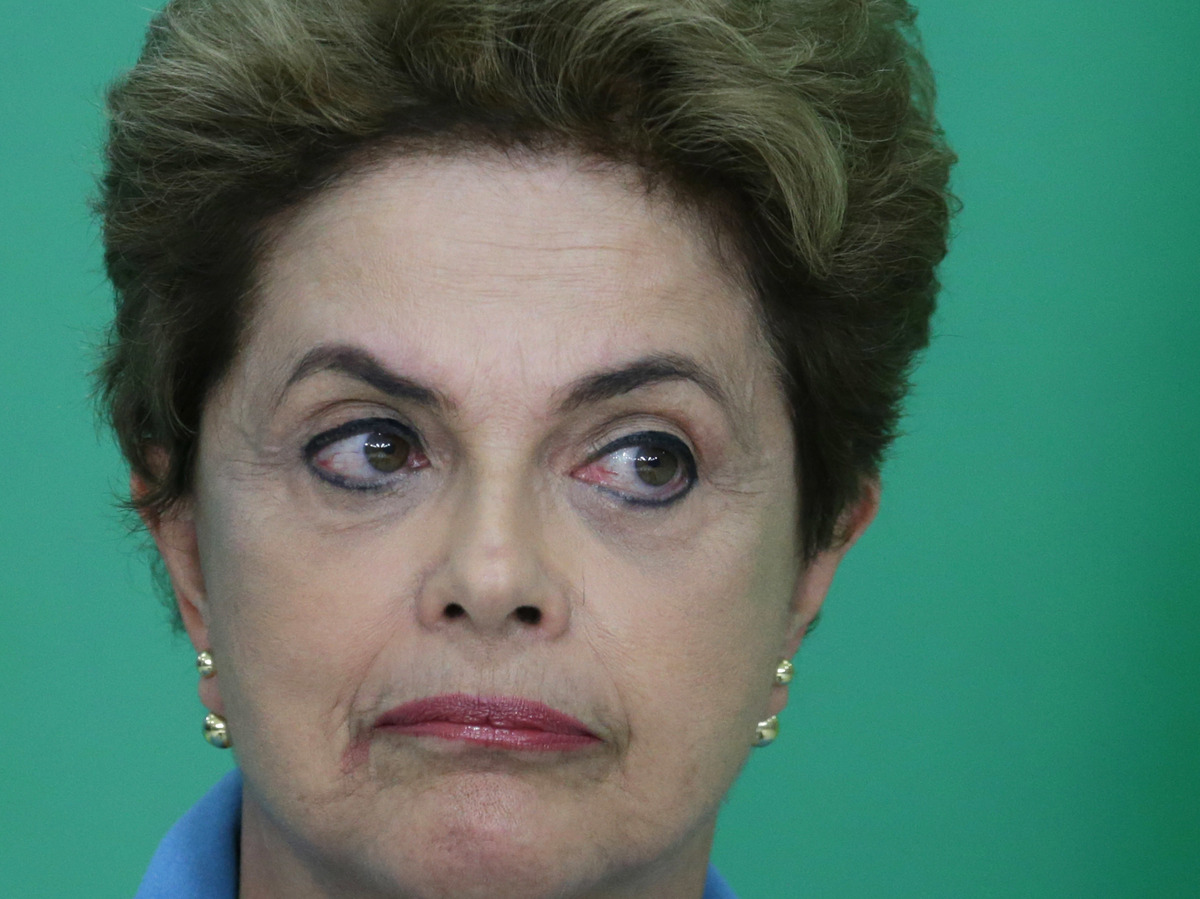 Brazil's President Dilma Rousseff has vowed to fight against those seeking her impeachment.

Brazilian President Dilma Rousseff said Monday that she will not step down from the presidency despite a vote by Brazil's lower house to impeach her. Comparing the Sunday vote to a coup, she said it's "an attempt at indirect election because those who want to rise to power would not have the votes to do so in a normal election."

As we've reported, Rousseff is being investigated for corruption. Many of the politicians calling for her ouster, however, are also under scrutiny for wrongdoing, which could create a possible conflict of interest.

"I fear they are trying to negotiate some kind of deal in the back stage to stop the investigations," says State University of Rio political science professor Maurício Santoro.

Catherine Osborn reports for All Things Considered that Santoro is concerned that the push to kick out Rousseff could have more to do with stopping the corruption investigation, and saving the political futures of corrupt officials, than actually helping Brazil bounce back from a severe recession and political turmoil.

While lawmakers both for and against impeachment claim they are on the right side of the issue, Rousseff is maintaining her innocence.

"Today, above all, I feel injustice," she said Monday, according to CNN, arguing that other politicians and presidents before her had participated in the same acts that they are accusing her of committing illegally. "I will fight, like I have always done in my life. ... I am sure that we will have the opportunity to defend ourselves in the Senate."

Rousseff is accused of manipulating budget figures to make it appear the country's economy was doing better than it really was.

The impeachment proceeding will move to the Senate — if it also votes to impeach, Vice President Michel Temer can take over. But as the Two-Way has reported, there are questions about his integrity as well.

NPR's Lourdes Garcia-Navarro has reported that "Temer is under investigation, as is the speaker of the House, who would be next in line."

She adds: "In fact, the political class has been so tainted by the corruption scandal that it's not clear who will have credibility to lead Brazil out of what is a desperate situation."

Santoro tells Osborn that at this point, no one is free from suspicion.

"I believe only the next presidential elections will present a candidate with enough popular support and enough legitimacy to run the country," he says.