Accessibility links
Transgender Teen In Virginia Bathroom Case Wins In Appeals Court : The Two-Way The Fourth Circuit said the lower court should have deferred to the federal government's assertion that Title IX applies to transgender students. 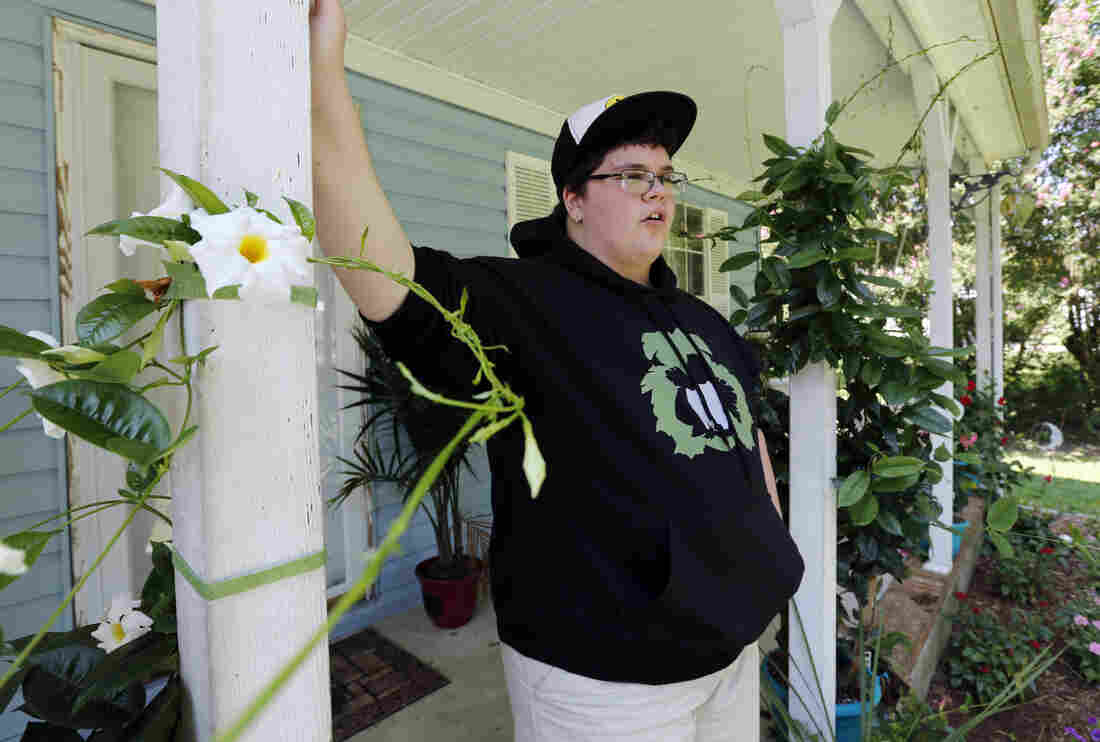 Gavin Grimm leans on a post on his front porch during an interview at his home in Gloucester, Va. Steve Helber/AP hide caption 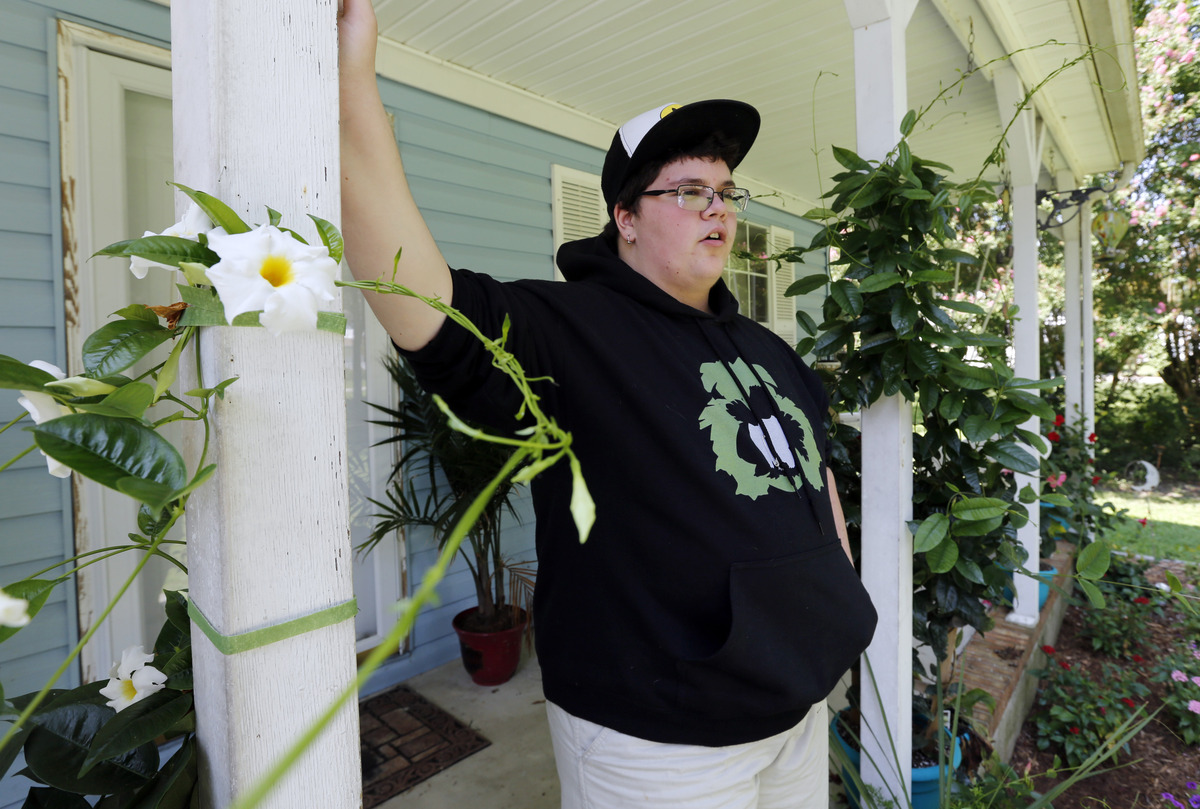 Gavin Grimm leans on a post on his front porch during an interview at his home in Gloucester, Va.

A federal court sided with a transgender teen on Tuesday, saying that a lower court should have deferred to the federal government's assertion that Title IX protects transgender students.

Gavin Grimm, 16, sued his school in Gloucester County, Va., after it decided that he would not be allowed to use the boys bathroom. After intense public debate, the school decided on a policy that provided boys and girls bathrooms that were limited to "corresponding biological genders." Later, the school also provided a unisex bathroom that Grimm could use.

Grimm, who was designated female but identifies as male, argued the policy violated Title IX of the Education Amendments of 1972, which prohibits discrimination on the basis of sex in any educational program that gets federal funding. In 2015, the Department of Education issued a memo saying that when a school decides to treat students differently on the basis of sex, it "generally must treat transgender students consistent with their gender identity."

The 4th U.S. Circuit Court of Appeals sided with Grimm, saying the lower court should have respected that interpretation.

In a statement, Grimm said he felt "relieved and vindicated" by the court's ruling.

"Today's decision gives me hope that my fight will help other kids avoid discriminatory treatment at school," Grimm said.

The American Civil Liberties Union of Virginia, which brought the case to court on behalf of Grimm in 2015, says this is the first time a federal court has affirmed that Title IX protects transgender students.

"Today's Fourth Circuit decision is a vindication for Gavin and a reinforcement of the Department of Education's policy." Joshua Block, a senior staff attorney at the ACLU Lesbian, Gay, Bisexual, and Transgender Project, said in a statement. "With this decision, we hope that schools and legislators will finally get the message that excluding transgender kids from the restrooms is unlawful sex discrimination."

The 2-1 ruling by the U.S. Fourth Circuit Court of Appeals remands the case to the lower court, which now has to use a different interpretation — one giving the federal government deference — to decide the case.