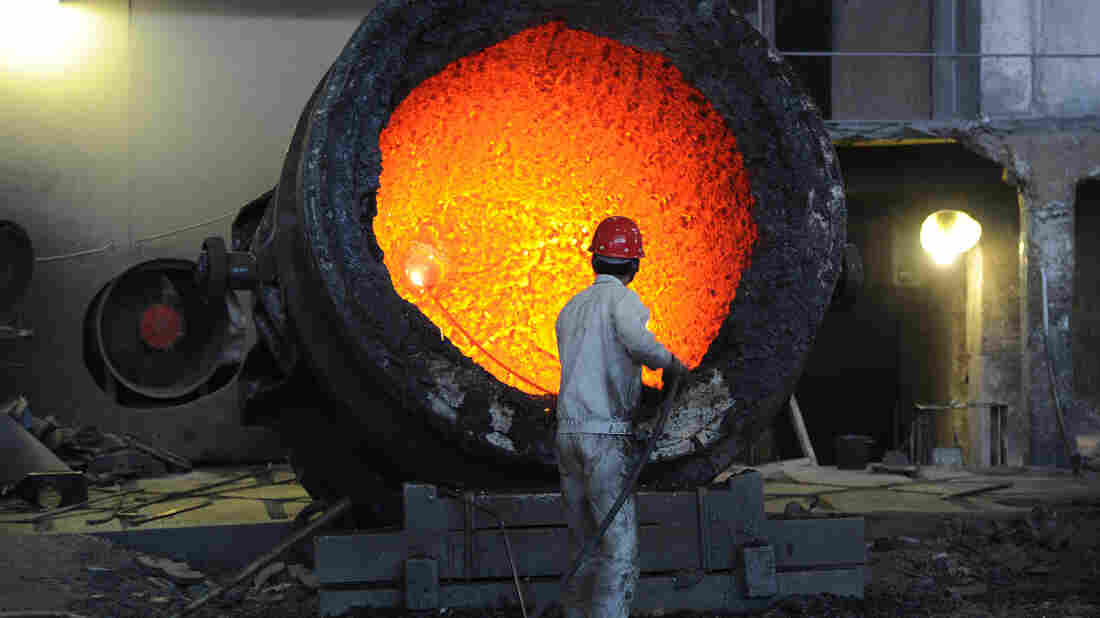 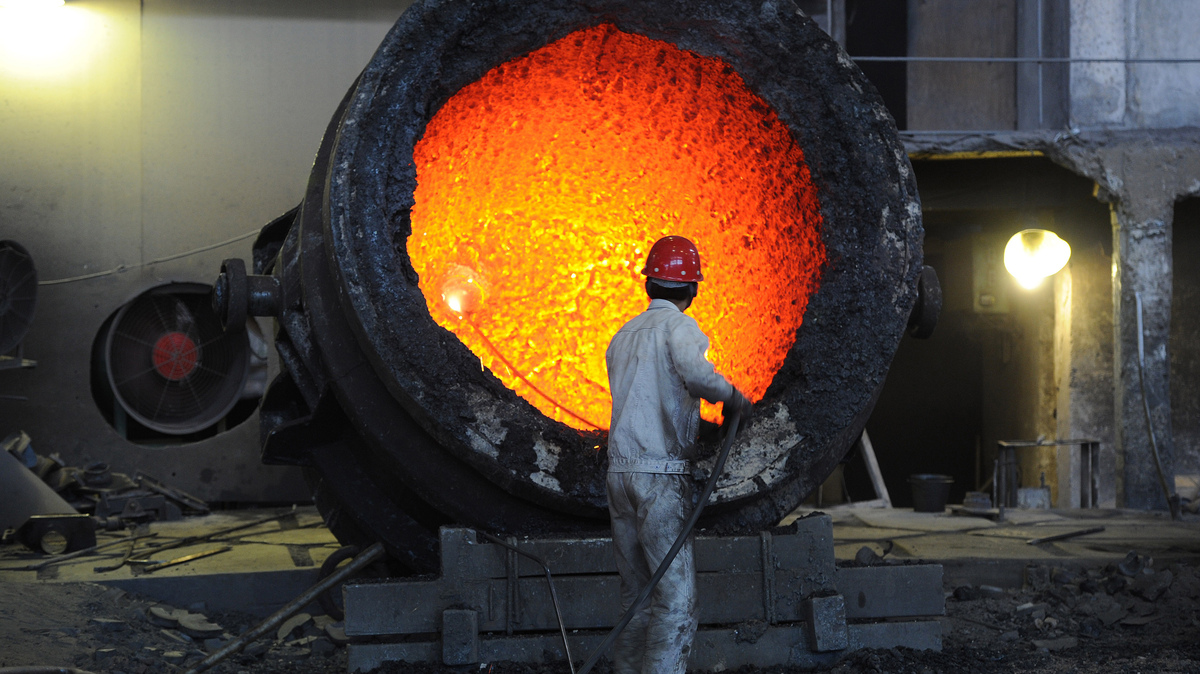 In fact, that "excess" production is causing such a crisis for the global steel industry that the United States is joining an international push to try to cut the glut.

"The steel market is in a state of crisis, primarily due to massive global excess capacity," U.S. Commerce Secretary Penny Pritzker said in an interview with NPR on Tuesday. "In this current crisis, the United States' industry has suffered price declines, decreased profitability — and over 13,000 jobs have been lost in the last year or so."

But what exactly will happen? It's not clear that the problem will get better because China, the world's megaproducer, has not agreed to do anything.

Earlier this week, there had been hopes for some kind of action, not just a statement.

On Monday, officials for major steel-producing countries met in Brussels at a gathering called by the Organization for Economic Cooperation and Development. Their goal was to reach a comprehensive multilateral agreement to reduce global steel production.

But without China's buy-in, the meeting ended in frustration. China's official Xinhua news agency said that blaming China for overproduction was just an excuse for protectionism.

For months, steelmakers around the world have been complaining about China's relentless steel production, but they have not put a dent in the problem. In fact, in March, Chinese companies hit a record monthly high of nearly 78 million tons of steel, according to data released Tuesday by the China Iron & Steel Association.

The world just doesn't need that much Chinese steel, because growth has slowed for many steel consumers. For example, the U.S. oil industry needs less pipe for drilling new wells these days. China itself is building much less infrastructure than it was, say, five years ago.

As a result, only 67.5 percent of the steel produced in 2015 was being used, down from 70.9 percent in 2014, according to the OECD, a forum for countries to hash out economic issues.

So steelmakers in many countries, especially the United Kingdom and Germany, have been complaining loudly. Last week, tens of thousands of German steelworkers staged a protest against "dumping" by China.

U.S. steel companies have been arguing that this has become a national security issue. The surge of Chinese imports has weakened the U.S. industry, killing off jobs and capacity. As a result, "the United States may be forced to rely on potentially hostile foreign governments like China or Russia to equip our military or respond to an emergency," according to the Alliance for American Manufacturing.

Chinese steel isn't the only issue. On Monday, the United Steelworkers union filed a case with regulators seeking to block the "flood" of aluminum imports, which it says damages U.S. producers and threatens jobs.

Also on Monday, Sen. Ron Wyden, D-Ore., made a speech on the Senate floor condemning Chinese overproduction of aluminum, saying "China has used market-distorting subsidies and industrial policies to prop up their own industries and rip off American jobs."