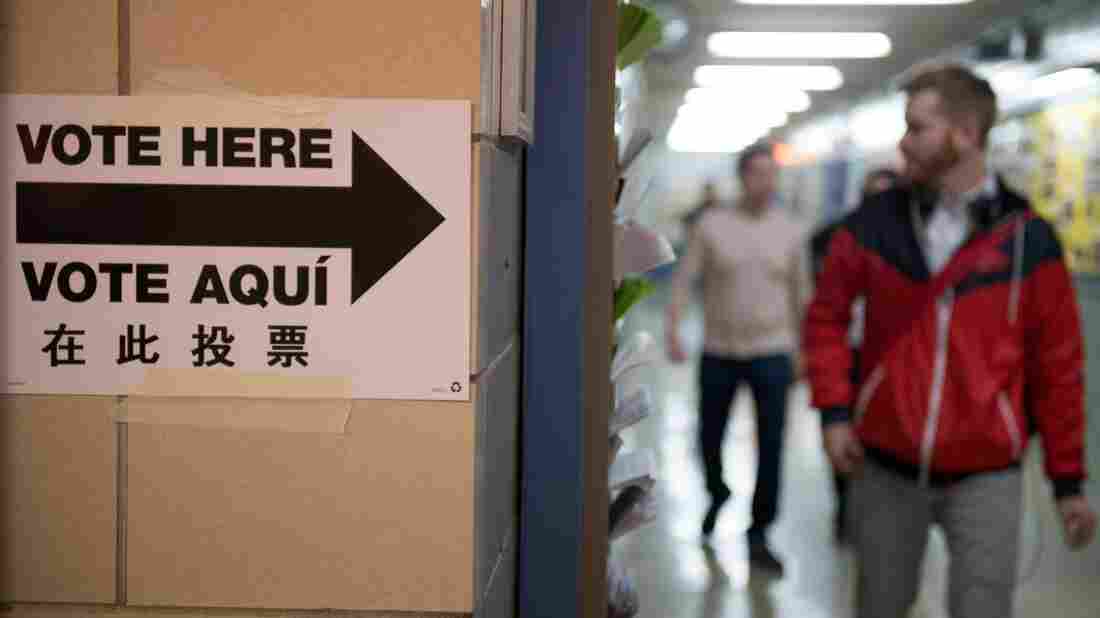 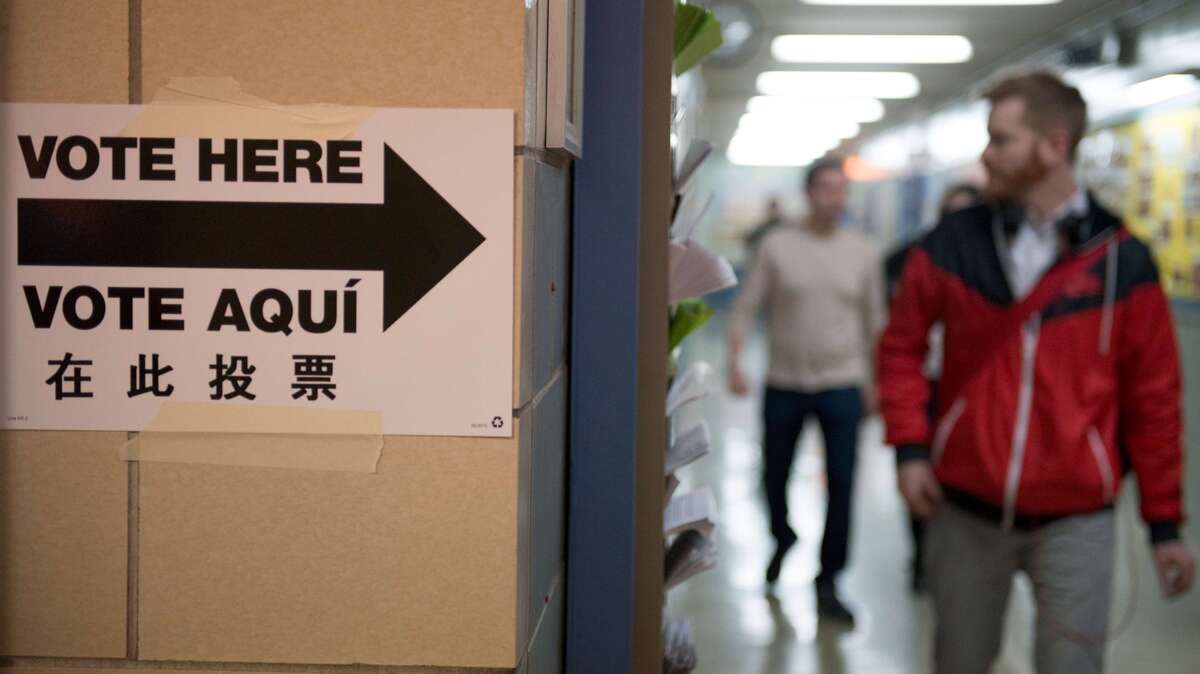 People exit the building after voting at Public School 321 in Brooklyn on Tuesday.

At the New York primary elections on Tuesday night, Donald Trump and Hillary Clinton won big. Ted Cruz, who was lambasted by Brooklynites for his campaign comments about "New York values," was crushed.

Here are five headlines that break down the night's biggest stories:

"Trump earned his moment to gloat, but the race is far from over. While he's right that Cruz no longer has a path to victory by winning pledged delegates alone, the real estate mogul is still in the fight of his life to win the 1,237 delegates needed to clinch the nomination. If he falls short, Cruz's more sophisticated campaign looks well-positioned to defeat him at July's Republican convention. ...

"Now Trump is grappling with whether the reality-show campaign that powered him this far can take him across the finish line without maturing into something more ordinary. And if it does change into something more conventional, would it lose the spark that made him a phenomenon in the first place?"

"With almost 100% of the votes in from the five boroughs of New York City, Clinton was winning everywhere, 20 points ahead in Kings County, which covers Brooklyn, and 39 points ahead in the Bronx, which has the highest proportion of black voters in the city.

"In Manhattan, Clinton led by 32 points, by 21 points in multicultural Queens and by a narrower seven points in Staten Island.

"Clinton ... continued to squeeze Vermont Senator Bernie Sanders, whose path to an upset win in the Democratic primary is now razor-thin.

"But in Sanders' back yard and other parts of upstate New York, the Vermont liberal fared well. Sanders claimed more than 60 percent of the votes in the North Country's 21st Congressional District. In Clinton County, which lies in Burlington, Vermont's media market, Sanders appears to have won more than 70 percent of the Democratic vote."

After More Than 100,000 Voters Dropped In Brooklyn, City Officials Call For Action

"Mayor Bill de Blasio has ordered the New York City Board of Elections to investigate why more than 63,000 registered Democrats were dropped from the voting rolls since last fall.

"The request comes the same day a WNYC analysis revealed the largest decline in active registered Democrats statewide was in Brooklyn. (UPDATE: The New York state Attorney General's Office is now reporting a spike in problems at polls, particularly in Brooklyn.)

"But new data provided by the city Board of Elections on Monday indicates it actually removed 126,000 Brooklyn Democrats from the rolls, according to executive director Michael Ryan."

"After weeks of racking up victory after victory in the delegate fight, Texas Sen. Ted Cruz was left completely out in the cold Tuesday night in New York.

"As Donald Trump scored what is likely to be a near-sweep of his home-state's New York delegates with more than 60 percent of the popular vote with 98.5 percent of precincts reporting as of Wednesday morning, Cruz received less than 15 percent overall, and only cracked 20 percent in two congressional districts."

Editor's note: As of Wednesday morning, the Associated Press has the New York primaries delivering 89 delegates to Trump, three to Kasich and none to Cruz; three are still unallocated. You can click here to see the latest totals.