Accessibility links
Can The U.S. And China Keep Their Climate Pledges? : The Two-Way The two nations topping the world in greenhouse gas emissions agreed at the Paris talks to cut way back. But critics have stalled a key part of the U.S. plan, and China's good start may be fragile. 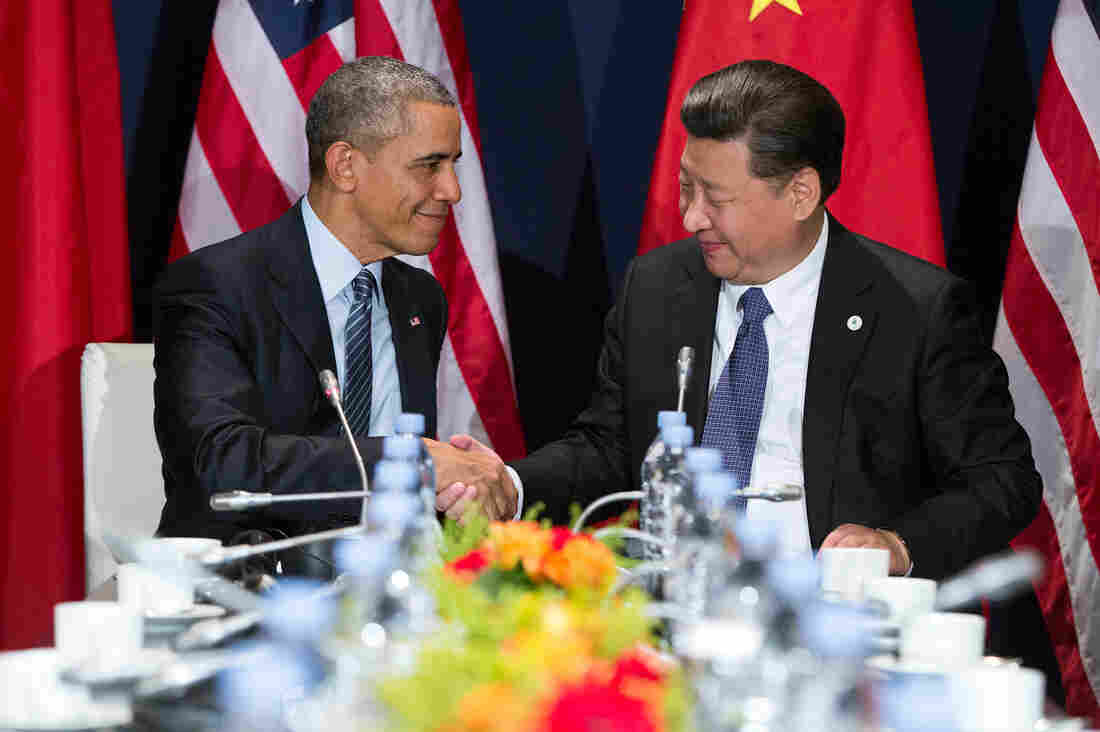 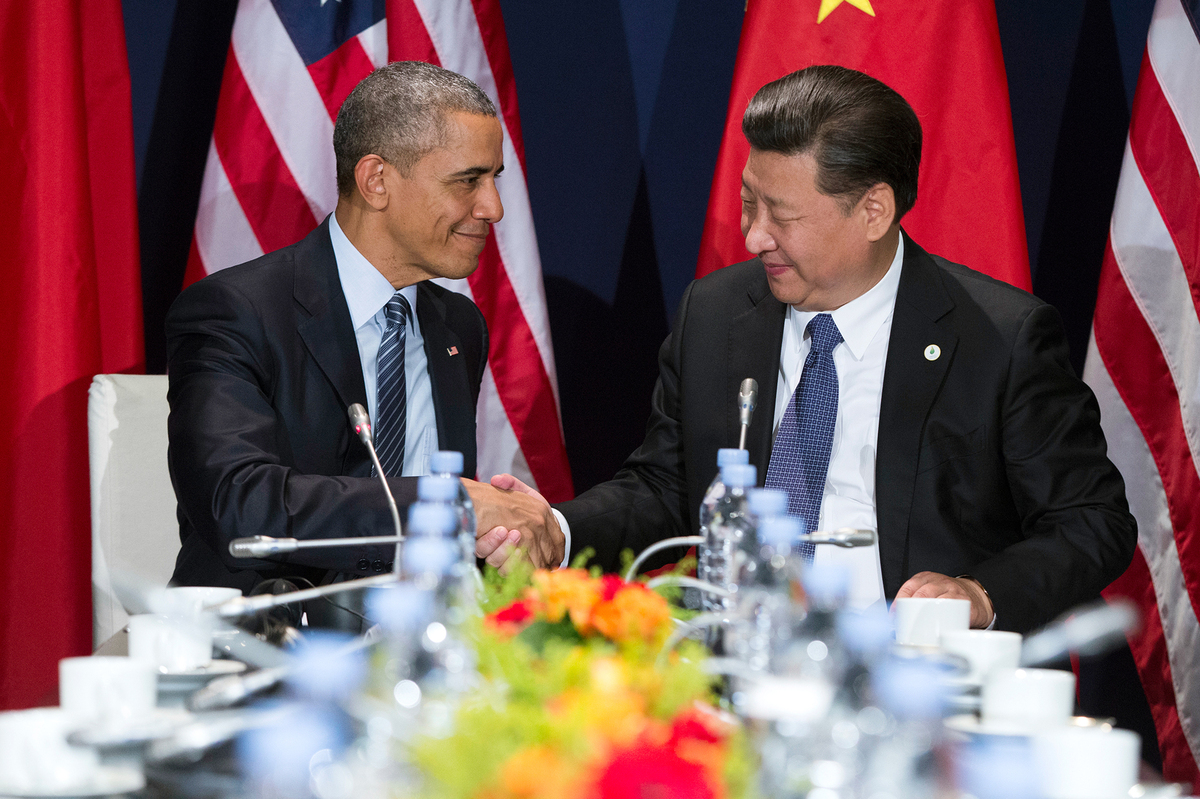 On Friday, most of the world's governments are set to sign the most sweeping climate agreement in history. Their signatures will codify promises they made in Paris last December to reduce emissions of greenhouse gases.

The Paris climate meeting was the culmination of years of failure by the world's nations to cut a deal on curbing climate change. Failure in Paris, some people predicted, would likely bury the idea of an international climate deal.

Then, just months before the Paris summit, President Obama and China's Xi Jinping stood side by side at the White House and said, "We've got this."

"When the world's two largest economies, energy consumers and carbon emitters come together like this," Obama said, "then there's no reason for other countries — whether developed or developing — to not do so as well."

Obama highlighted his own clean power plan to cut carbon dioxide from electric power plants – a plan the administration rolled out in 2014. The Chinese promised to slow the growth of their country's emissions. That joint declaration paved the way, and the rest of the world made similar pledges in Paris.

But since then, Obama's plan has come under attack. Kate Larsen of the Rhodium Group, a policy and economics think tank, says climate experts thought the plan was a sure thing because it didn't require congressional approval. "It was something that looked like slam dunk," she says, and "that was really important to show that the U.S. was making progress."

But the plan's opponents — numerous state governments and power companies — sued to stop the plan, and the U.S. Supreme Court agreed to put it on hold.

But Larsen says the fat's not in the fire yet. There are other options. Renewable energy is growing much faster than energy experts predicted. That's largely, Larsen notes, because of moves by Congress — though many of its members don't even believe in climate change.

"Congress gave the renewables industry a huge Christmas gift with an extension of the tax credits for solar and wind power," she says. Those tax breaks, enacted last December, make new wind and solar projects cheaper, and helped make them the leading source of new electricity.

So, although it's tough to say if the U.S. will actually achieve Obama's goals, those goals "were a stretch," Larsen says, and the rest of the world should understand that.

Then there's China. It's the world's leading source of greenhouse gas emissions. China's government has acknowledged that emissions there will continue to rise, but pledged that they will peak in 2030 and then decline.

In fact, China might be way ahead of schedule — if you believe the emissions numbers from Chinese officials. Those statistics suggest that the nation's emissions are already declining.

"I think that decline is real," says Rob Jackson, a climate scientist at Stanford University. His research shows that for the past two years, China's emissions flattened and even fell. He says even if China's statistics are off a bit, as they often have been, they signal a shift away from relentless growth in emissions.

"Emissions are changing in China," Jackson says. "Will they peak this year or last year? I don't think so. I do expect them to increase only a little bit more. They may peak within five years or so." If that turns out to be true, China would be way ahead of schedule.

That depends, of course, on China's economy. It's been tepid lately. If it rebounds, so will emissions. The weather could be a factor, too. China depends a lot on hydropower, and a drought could push the country back to coal. So emissions data that currently look good could change.

What the U.S. and China do is critically important now, but ultimately their efforts won't be enough to stop climate change. Other countries matter as well — in particular, India. India's emissions are growing fast, and while its government pledged in Paris to shift to renewable energy as fast as the country can, it's not giving up fossil fuels such as coal either — not with hundreds of millions of people still without electricity. Over the long haul, India's emissions could surpass those from the U.S. or China.

"What pathway India takes will go a long way to saying where we end up in 10 to 20 years," Jackson says, "along with what the U.S. does and what China does."