Accessibility links
Chyna, Legendary Pro Wrestler And Entertainer, Has Died At Age 45 : The Two-Way With chiseled muscles and a natural flair for entertainment, Joanie Laurer exploded onto the scene of professional wrestling in the late 1990s. She was found dead in her apartment Wednesday.

Chyna, Legendary Pro Wrestler And Entertainer, Has Died At Age 45

Chyna, Legendary Pro Wrestler And Entertainer, Has Died At Age 45 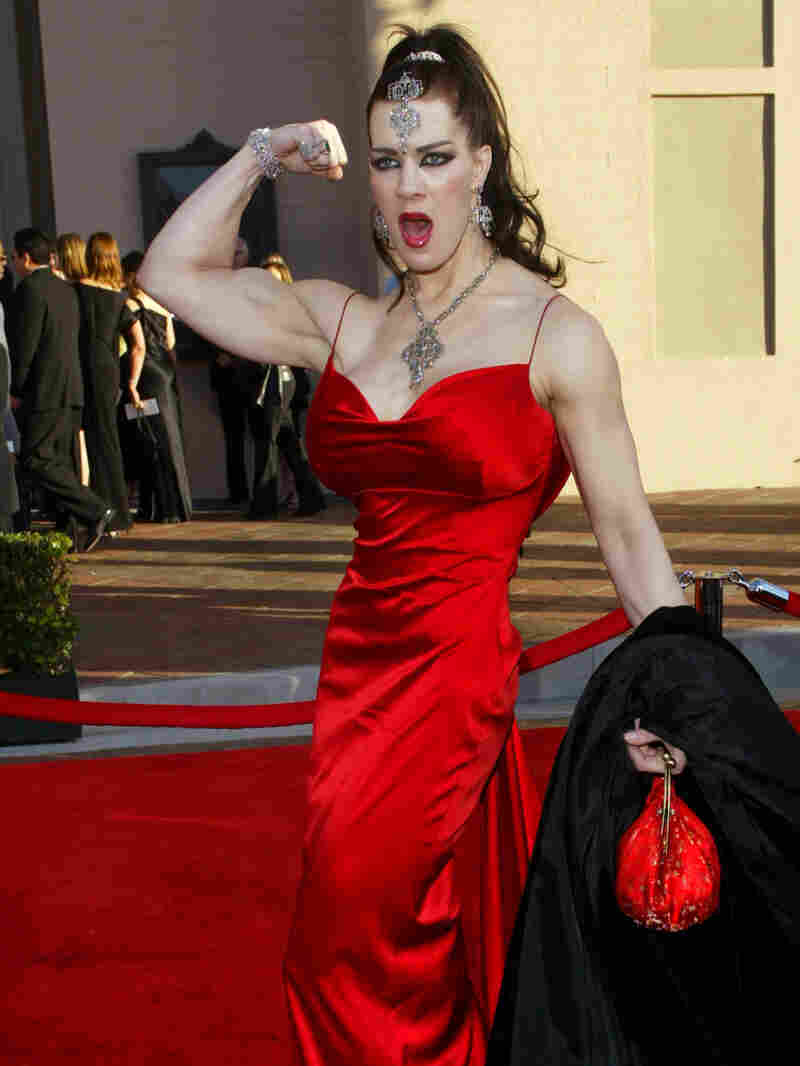 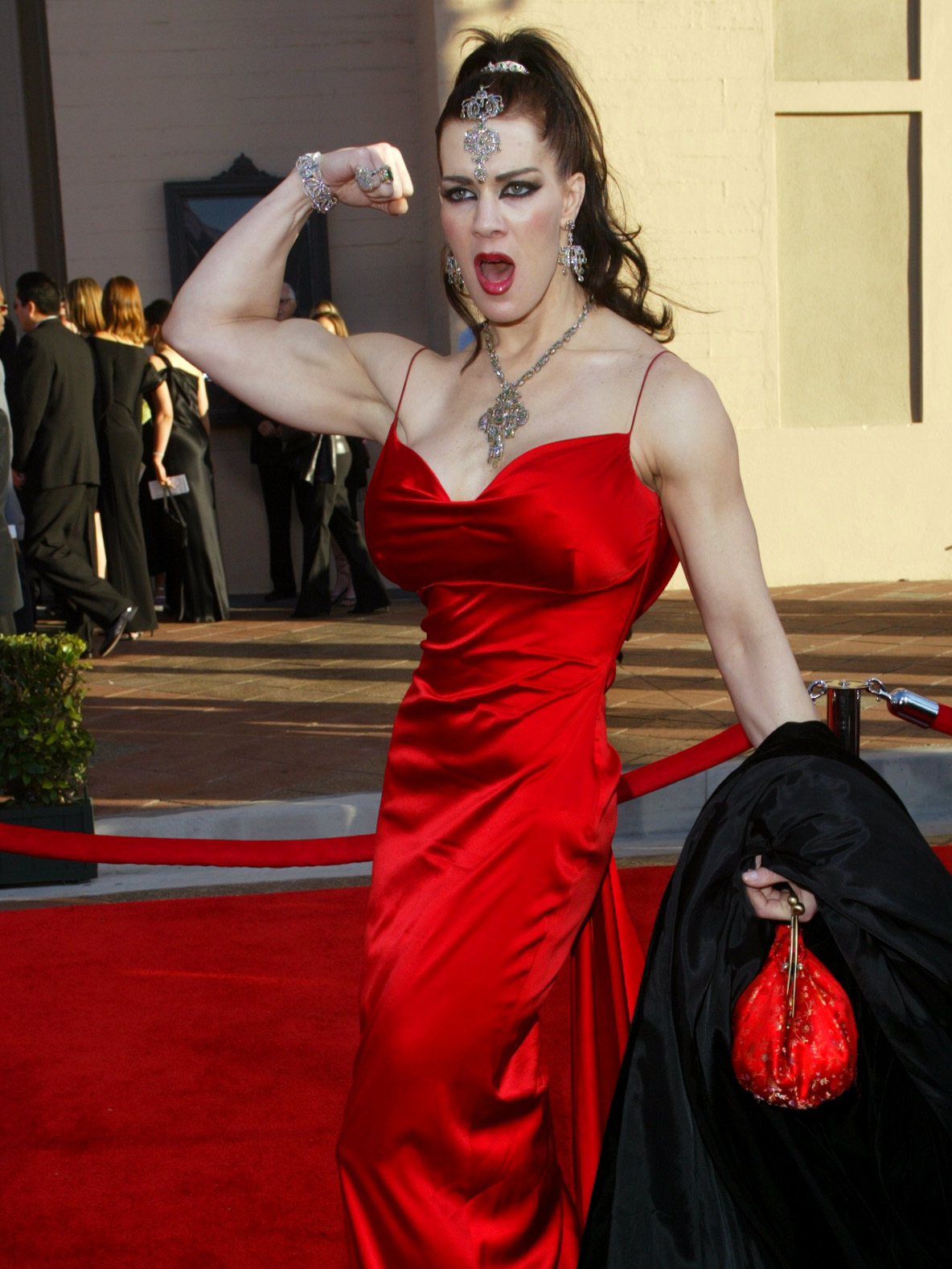 Joanie Laurer, who wrestled under the name Chyna, died Wednesday. She's seen here in 2003, arriving at the American Music Awards in Los Angeles.

Joanie Laurer, who overcame a troubled home life in Rochester, N.Y., to win an international following as the pro wrestler Chyna, has died at age 45, according to her official website and World Wrestling Entertainment. Police found her body at her home in Redondo Beach, Calif., on Wednesday, according to local media.

The news emerged after this message was posted to her Facebook page last night:

"It is with deep sadness to inform you today that we lost a true icon, a real life superhero. Joanie Laurer aka Chyna, the 9th Wonder of the World has passed away. She will live forever in the memories of her millions of fans and all of us that loved her."

With chiseled muscles and a nearly 6-foot frame, Laurer cut an imposing figure in the ring. She had a natural flair for entertainment and exploded onto the scene of professional wrestling during the sport's ascendance in the late 1990s.

Armed with training by the wrestler Killer Kowalski, she won Rookie of the Year honors in the PGWA (the Professional Girl Wrestling Association) in 1996. She then jumped to the bigger stage of the World Wrestling Federation (now the WWE), where she broke onto the scene as the bodyguard of male wrestler Triple H.

Laurer then broke into the ring, competing with — and defeating — top male wrestlers. She became the only woman to qualify for prestigious tournaments such as the Royal Rumble and King of the Ring, as well as the Intercontinental Championship. 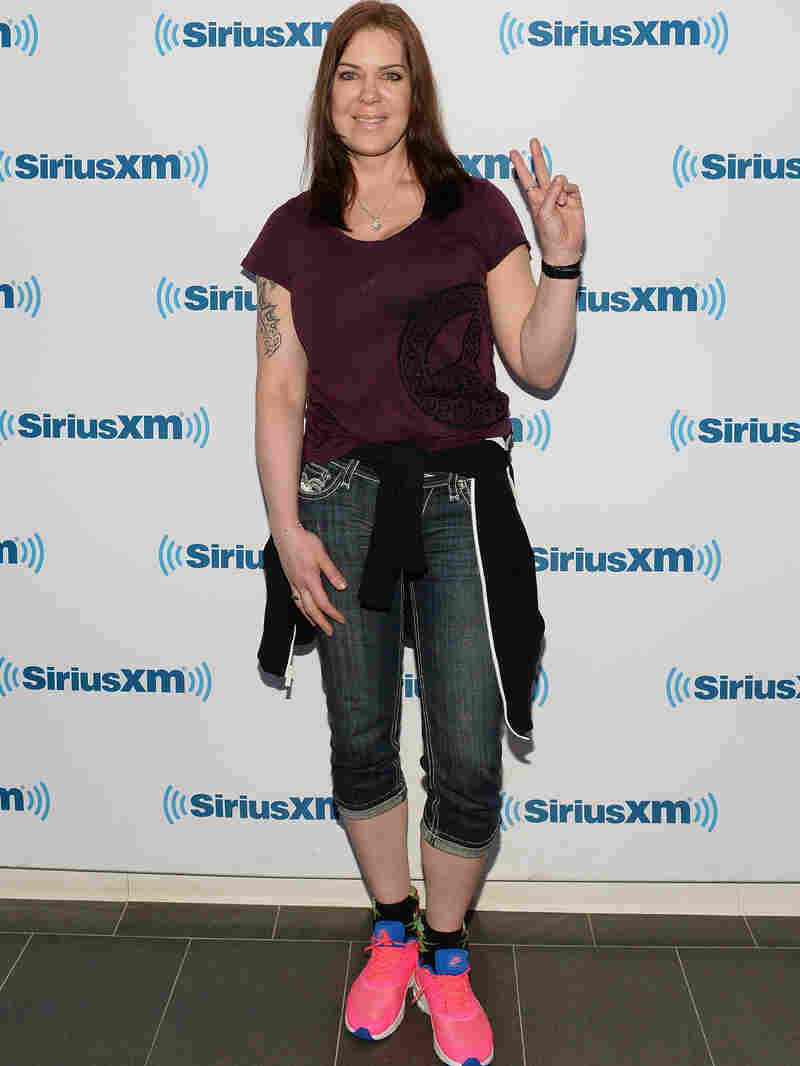 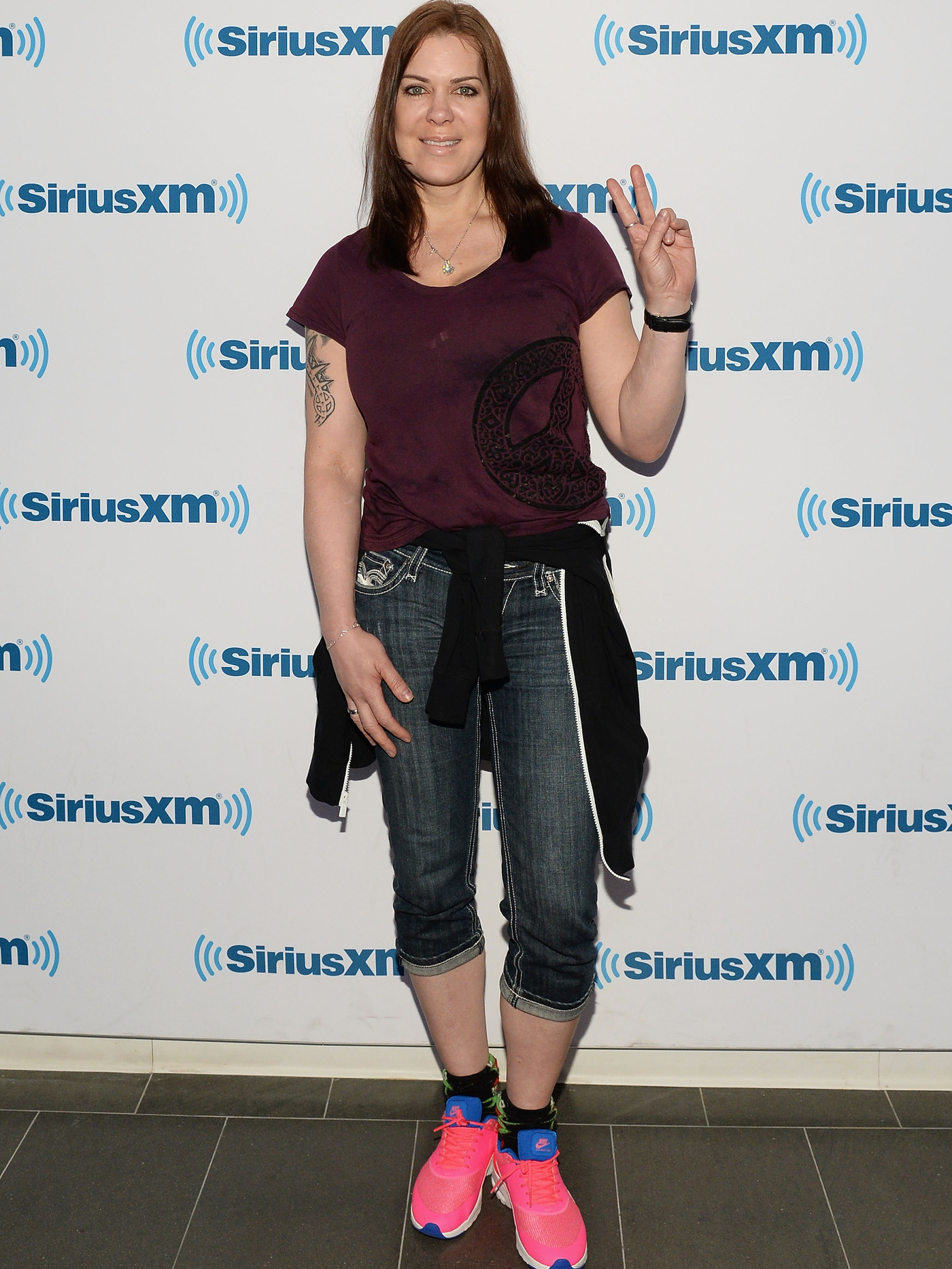 She also appeared in films and on magazine covers — as well as TV shows from 3rd Rock from the Sun (2000) to The Surreal Life (2003) and VH1's Celebrity Rehab with Dr. Drew (2008). In some of those appearances, Laurer discussed the depression and other personal demons that had threatened to derail her career.

"She was truly a pioneer in our industry, and she will be missed," WWE Chief Brand Officer Stephanie McMahon said this morning via a tweet.

According to local TV news station KTLA, police were called to Laurer's apartment in Redondo Beach on Wednesday afternoon, after a friend who had become worried about Laurer checked on her and found that she wasn't breathing.

No cause of death has been given; KTLA says the Los Angeles County Coroner is investigating the case.

As the bio page at Laurer's website shows, the woman who wrestled as Chyna had far-reaching interests, starting with her early devotion to working out:

"She broke all gender barriers everywhere she went and continued her love of fitness throughout her college days. Chyna graduated from the University of Tampa with a 3.9 GPA and a double major in Spanish Literature in under two years. She also studied foreign languages and can speak English, Spanish, German and French. Chyna is a true humanitarian and has served in the US Army ROTC (Reserve Officer Training Corps) and the Peace Corps, helping to teach illiterate third-world children to read. She is a strong supporter of the National Animal Rescue charity, which helps domesticated animals find good, loving homes."

On the Facebook posting announcing her death, one fan writes:

"Chyna was a very important part of my childhood, somehow part of life... I've been following her career and she was important to me. She was kind and awesome, she was a very gentle and smart. I can't stop crying because her loss hurts me the most .... I've been waiting for her big comeback to the WWE and her entry to the Hall of Fame because she deserve to be there but now I don't know if that will be possible... she looked fine two days ago... Sleep well 9th wonder."