Accessibility links
China's Government Warns Against 'Dangerous Love' With Foreign Spies : The Two-Way China's campaign directed toward female government workers is meant to show how romancing a handsome foreigner might lead to espionage. 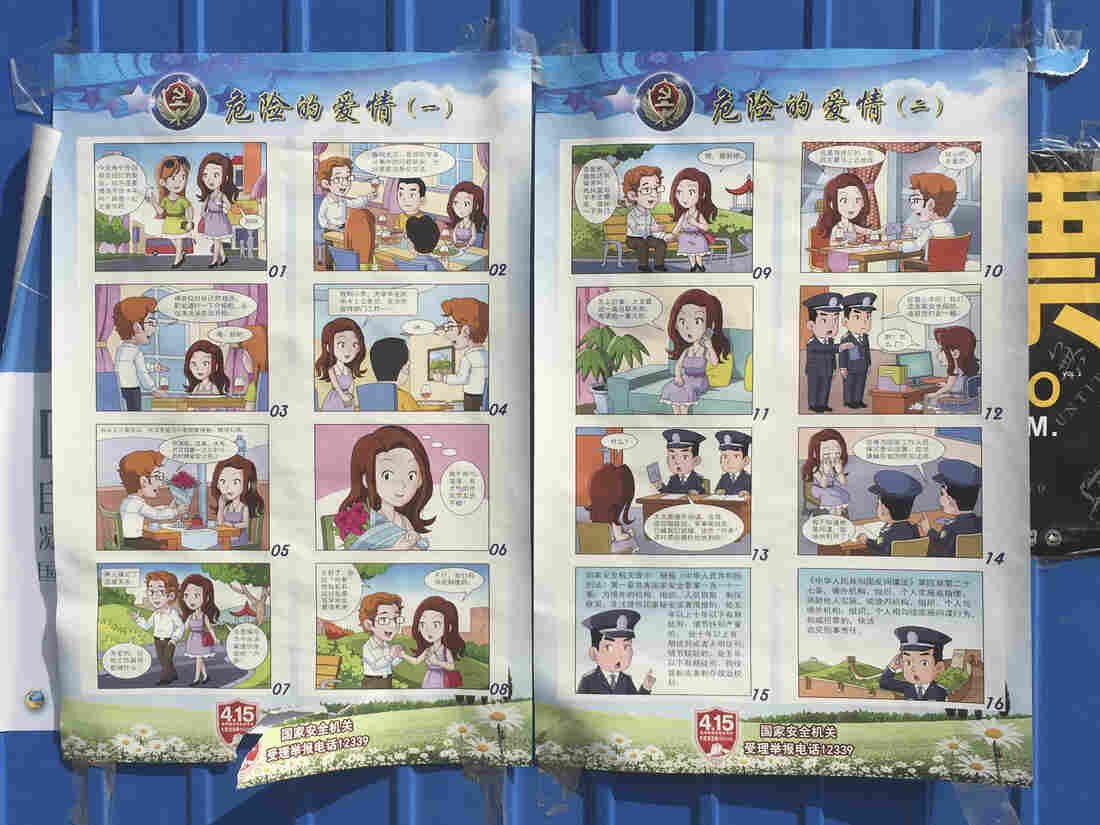 A poster warning against foreign spies is displayed in an alleyway in Beijing. Ng Han Guan/AP hide caption 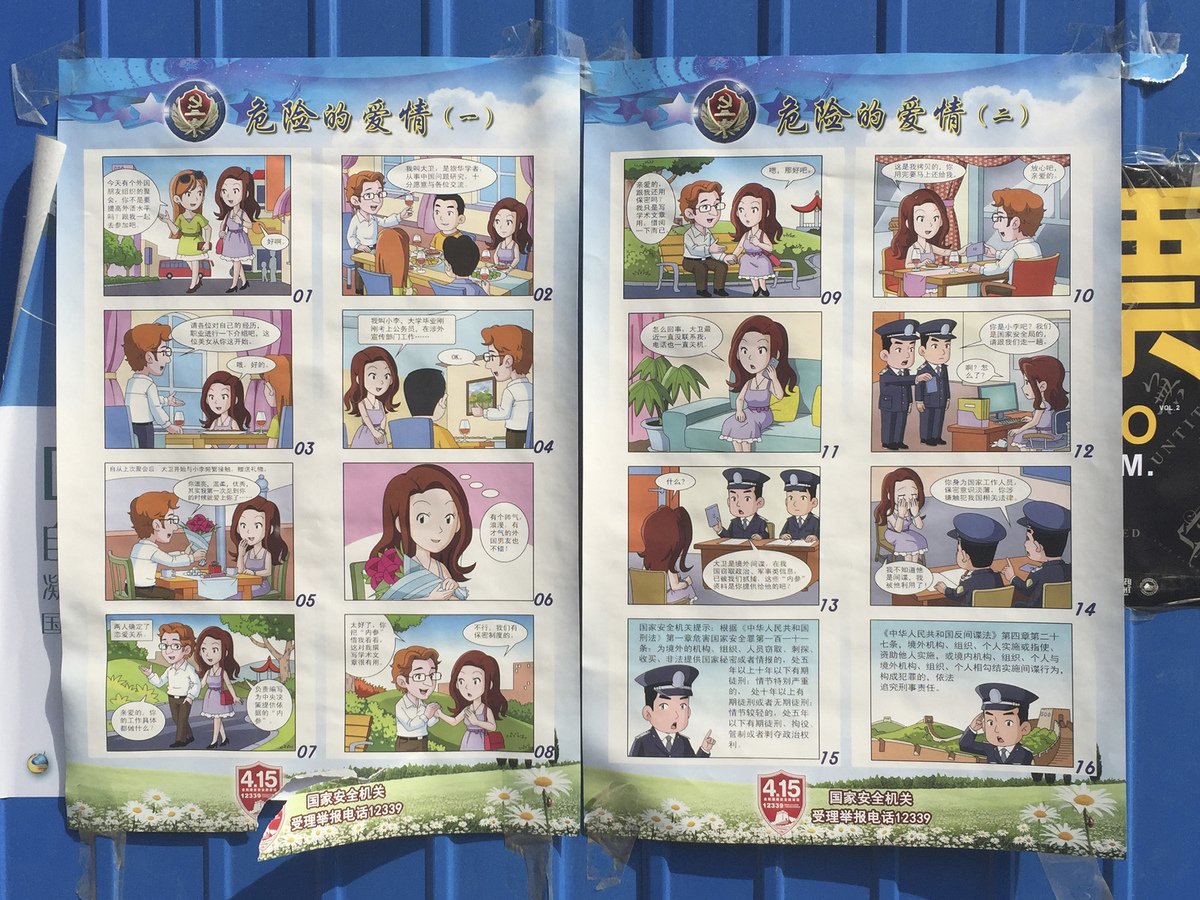 A poster warning against foreign spies is displayed in an alleyway in Beijing.

Posters seen around Beijing show a cartoon government worker named Xiao Li striking up a relationship with a bespectacled, red-haired "visiting scholar." They share a romantic dinner and stroll through a leafy park. "Having a handsome, romantic, talented foreign boyfriend is pretty nice!" Li says to herself, according to The New York Times' translation.

But "pretty nice" turns to nightmarish after Li's new paramour persuades her to lend him internal government documents. Suddenly, the foreign boyfriend is nowhere to be found. Li weeps in front of two gruff police officers, who tell her she has a "shallow understanding of secrecy for a state employee," according to The Guardian.

"Dangerous Love" was posted in Beijing's subway and streets to mark National Security Education Day, which was "established after China passed a National Security Law in July outlining greater security efforts in 11 areas, including political, territorial, military, cultural and technological," the Times reports.

In a statement, a district government in Beijing says that "it would display the poster to educate its employees about keeping classified information confidential and reporting to state security agencies if they spot any spying activity," according to The Associated Press.

This comes amid an uptick in government discussion of espionage cases in state media, according to Reuters.

Chinese pedestrians seemed mostly ambivalent about the posters, the Times reports. Some expressed skepticism, such as one passing man who said: "How could ordinary people know anything about state secrets?"

On the other hand, one woman told the Times that she agreed with the ominous warning: "I don't come into contact with foreigners at work, but if there was a foreigner making advances I would definitely ask what kind of job he did before dating him. I'd be alert."

We note that the espionage caper in China's "Dangerous Love" has parallels with another tale — this one told by the FBI.

In 2014, the FBI released a 28-minute short film titled Game of Pawns. Based on the true story of Glenn Duffie Shriver, it's meant to warn U.S. citizens studying abroad about inadvertently becoming spies for a foreign government.

In a "textbook case of recruitment," it tells the story of how Shriver, a student based in Shanghai, was recruited by an attractive Chinese woman into working with Chinese intelligence. Shriver was later sentenced to U.S. federal prison "for attempting to provide national defense information to [People's Republic of China] intelligence officers," the FBI says.

And as NPR reported at the time, "Game of Pawns has generated a lot of Internet ire and snark."