Accessibility links
Apparent 'Execution-Style' Killings Leave 8 Dead In Pike County, Ohio : The Two-Way Authorities say the victims were all from the same family. Investigators are working four separate crime scenes and don't have anyone in custody. 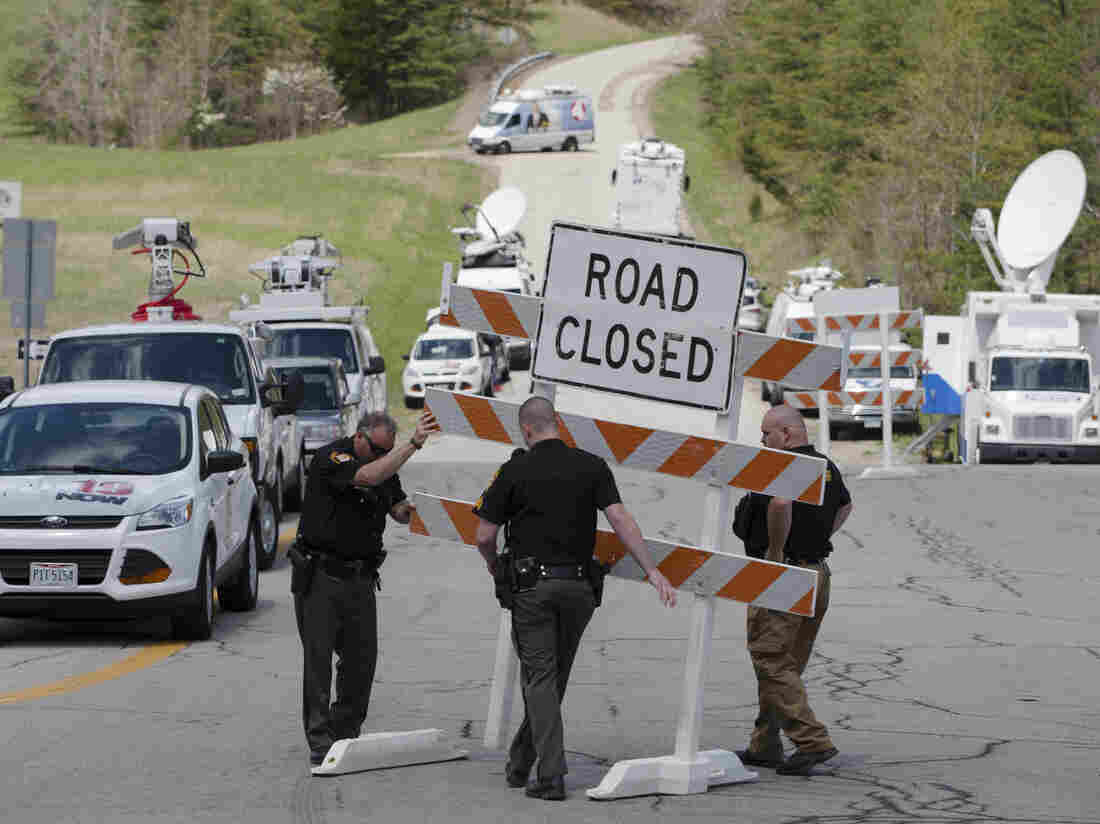 Authorities set up road blocks at an intersection at the perimeter of a crime scene, on Friday in Pike County, Ohio. John Minchillo/AP hide caption 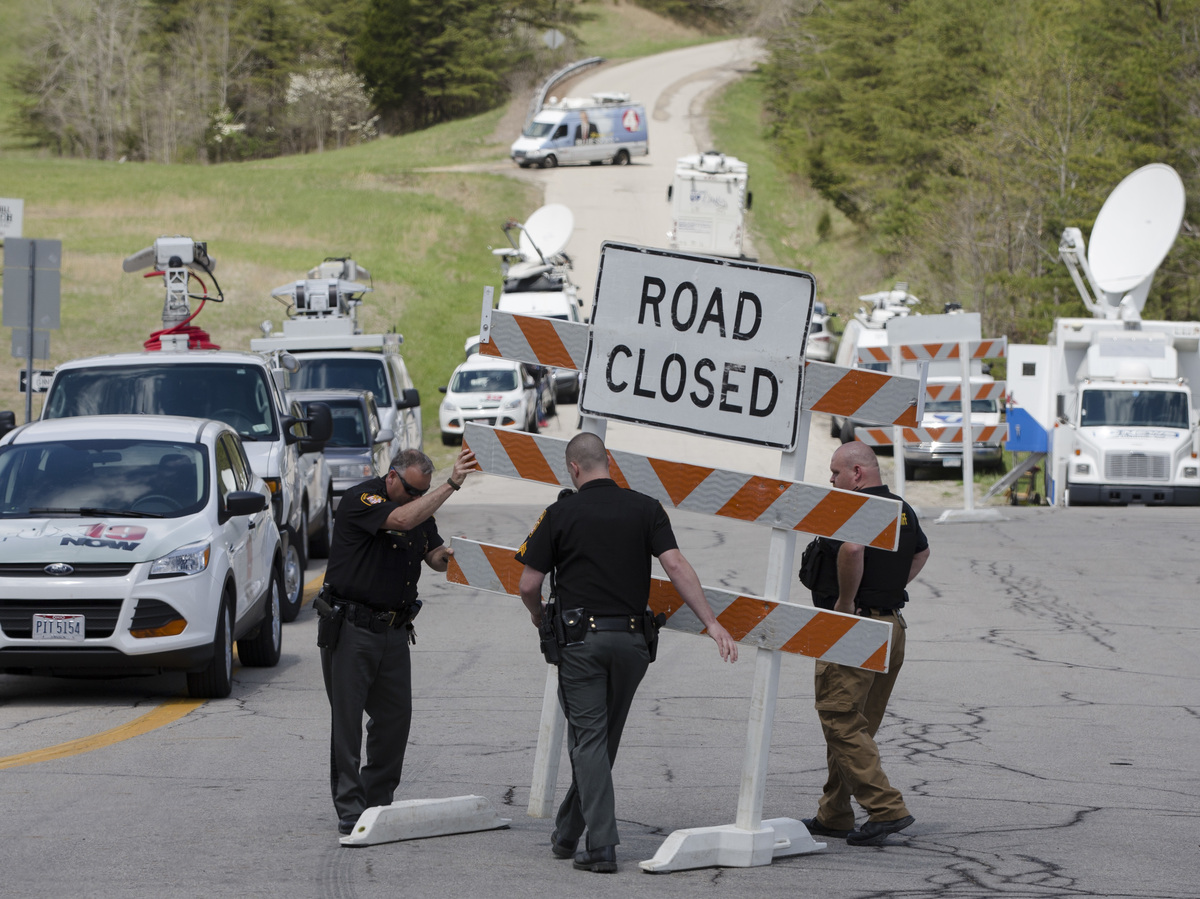 Authorities set up road blocks at an intersection at the perimeter of a crime scene, on Friday in Pike County, Ohio.

Local and state officials said Friday that eight people from the same family have been killed at four separate locations in Pike County, Ohio.

County Sheriff Charles Reader told reporters that, while investigators are still identifying the victims, they do know that all are members of the Rhoden family. He adds that all of the deceased are adults except for one 16-year-old boy.

Emphasizing that authorities are still in the early stages of the investigation, Reader added that they have not taken anyone into custody in connection with the deaths. "I want to urge everyone to be under the understanding that there is a strong possibility that any individuals involved with this are armed and extremely dangerous, he said.

"I think what makes this particularly grisly is the fact that you have these children involved, who obviously were there when the executions took place," DeWine said.

The Associated Press describes Pike County as an "an economically struggling area in the Appalachian region some 80 miles east of Cincinnati."

The Ohio Attorney General's office will lead the investigation into the killings.