Accessibility links
Worldwide Celebrations On The 400th Anniversary Of Shakespeare's Death : The Two-Way People are celebrating the Bard's life and enduring legacy around the world. Here's a look at how they're doing it, and how you can get engaged.

Worldwide Celebrations On The 400th Anniversary Of Shakespeare's Death

Worldwide Celebrations On The 400th Anniversary Of Shakespeare's Death 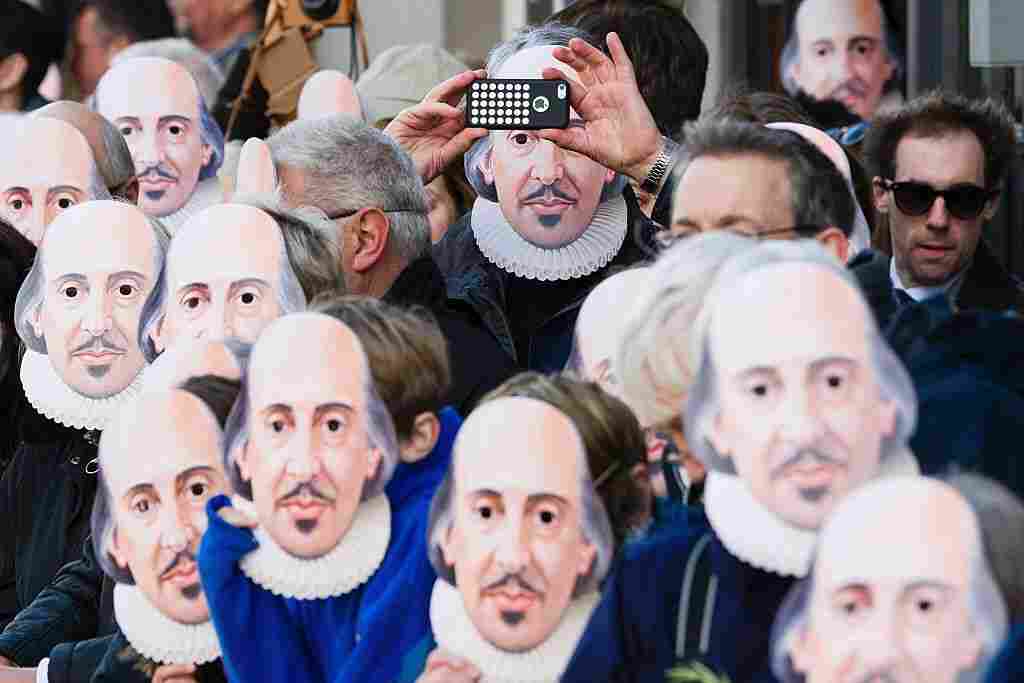 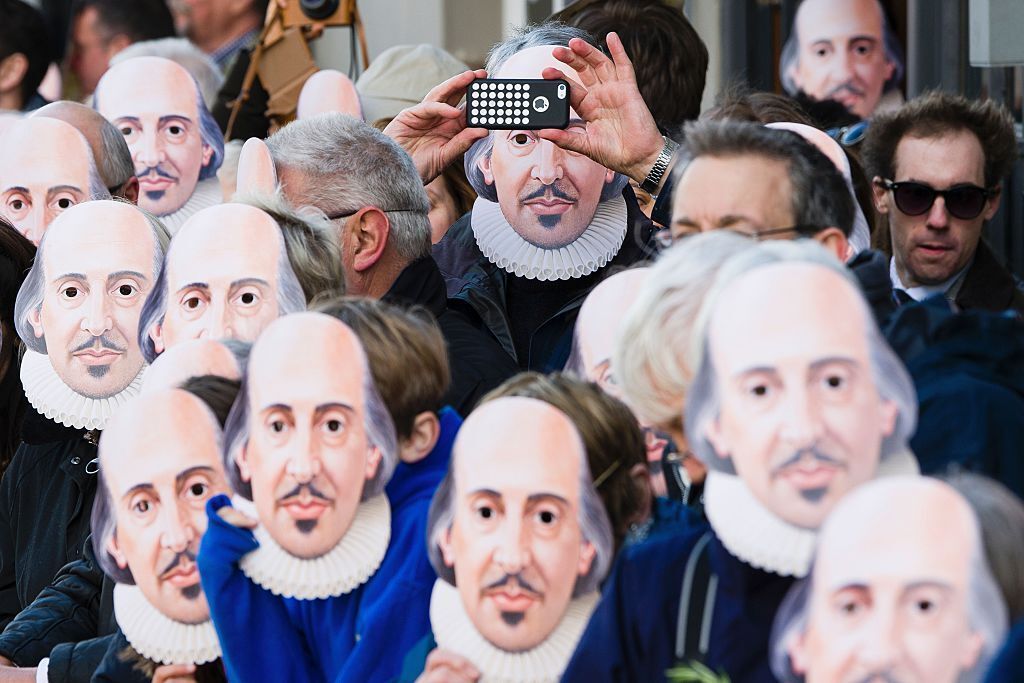 People wearing masks depicting William Shakespeare line the street during a parade to mark 400 years since the bard's death in Stratford-upon-Avon in central England on Saturday.

When it comes to Shakespeare's legacy, it seems safe to conclude that "what's past is prologue."

Today marks 400 years since the day Shakespeare died, and people are celebrating his life and work around the world.

April 23 is also believed to be the Bard's birthday. As you might expect, the biggest events honoring Shakespeare are taking place in the U.K.

PM: Shakespeare lives today in our language, our culture and society – and through his enduring influence on education #ShakespeareLives.

The Globe Theatre, a replica of the theater Shakespeare once partially owned, has organized an interactive event called "The Complete Walk." The 2.5 mile course incorporates 37 short films – and each "explores one of Shakespeare's plays and includes scenes shot in the locations Shakespeare imagined when he wrote them." For example: a scene from Julius Caesar filmed in Rome and a scene from Antony and Cleopatra filmed next to a pyramid in Egypt.

"Highlighting Shakespeare's international appeal, the Complete Walk is also being exported to cities beyond Britain including Madrid, Gdansk and Taipei," Reuters reports. 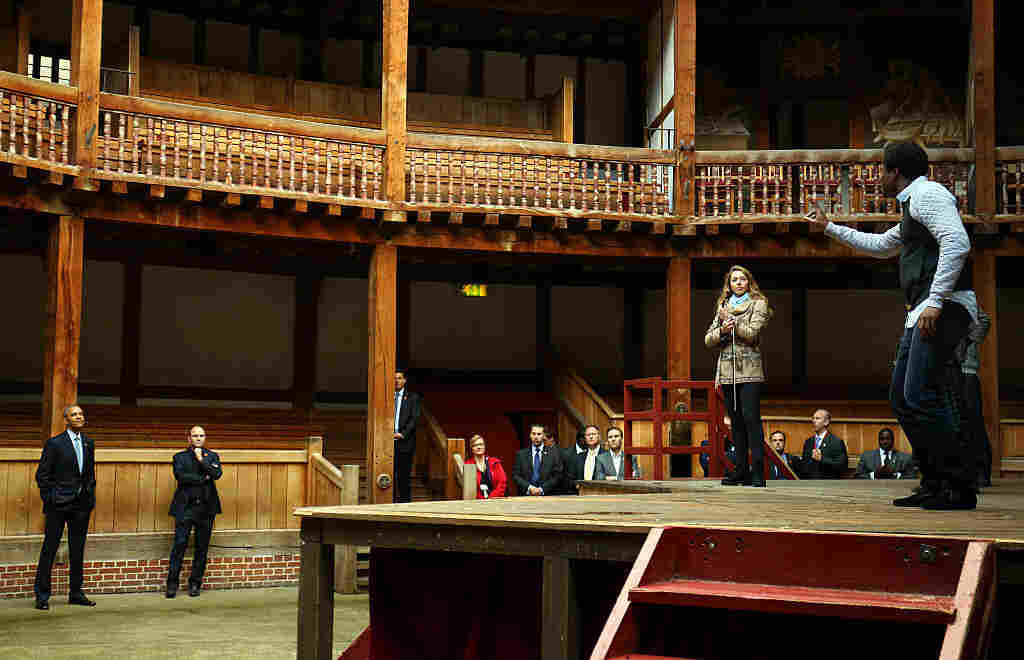 U.S. President Barack Obama watches a performance during a visit to the Globe Theatre in London to mark the 400th anniversary of the death of William Shakespeare on Saturday in London, England. WPA Pool/Getty Images hide caption

President Barack Obama, who is on a trip to the U.K. at the moment, paid a visit to the Globe. Larry Miller tells our Newscast unit that he was "given a bit of a private performance."

"The president spent some time looking at the structure and asking questions before being treated to a 10 minute scene from Hamlet, with the soliloquy 'To be or not to be,' " Larry reported. "It was performed by a company that over the last two years took the play to 197 countries including war zones and migrant camps."

When the performance was over, Obama said "That was wonderful. ... I don't want it to stop," as Larry reported. 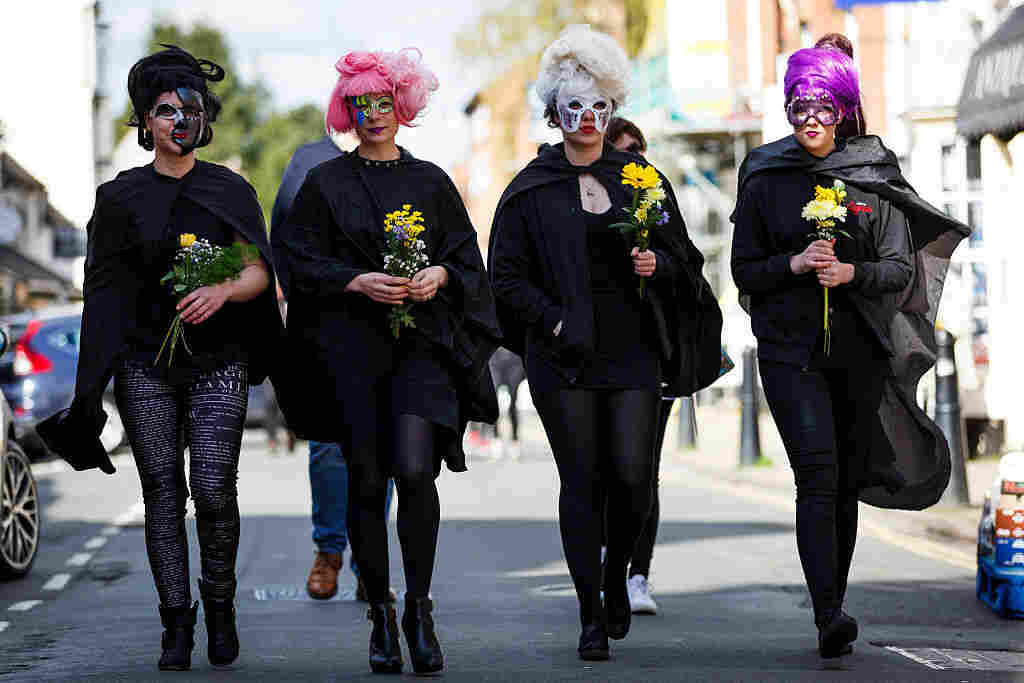 The British Royal Ballet is celebrating with a live-streamed "event focused around opera and ballet adaptations of his work."

It's part of a broader Shakespeare Day live stream, including events from the Royal Shakespeare Company, Shakespeare's Globe, the BFI and Hay Festival. You can watch it live through the BBC here.

Shakespeare Saw '360 Degrees Of Humanity,' And That's Why He Endures

London's transport system is celebrating by releasing a new underground map, renaming tube stations after Shakespeare's plays and characters. Google is also paying tribute to the Bard with the graphic on its search page. "We are such stuff as dreams are made on," the caption reads.

On Twitter, people are chatting about Shakespeare and his legacy using the trending hashtags #Shakespeare400 and#ShakespeareLives. As an added bonus, a Shakespeare emoji attaches to both hashtags when you type them.

The Folger Shakespeare Library in Washington, D.C. is going to be hosting a live event starting at noon ET, when "a diverse array of actors, community leaders, artists, and scholars will share their connections to Shakespeare through compelling performances and personal stories." According to The Associated Press, guests include Supreme Court Justice Stephen Breyer, actor and former White House official Kal Penn, and NASA chief scientist Ellen Stofan.

Other events are happening around the world, from Egypt...

#ShakespeareLives in Jordan! English students use Macbeth to develop their command of the language pic.twitter.com/vmeW5S2mnW

To Chicago, along with many others.

Are you and your community marking the day? Let us know how in the comments.