Accessibility links
Reef Larger Than Delaware Found At The Mouth Of The Amazon River : The Two-Way The reef is unusual because it lies in muddy waters, and scientists had only seen hints of its existence until recent research expeditions. They say it's already in danger because of oil drilling. 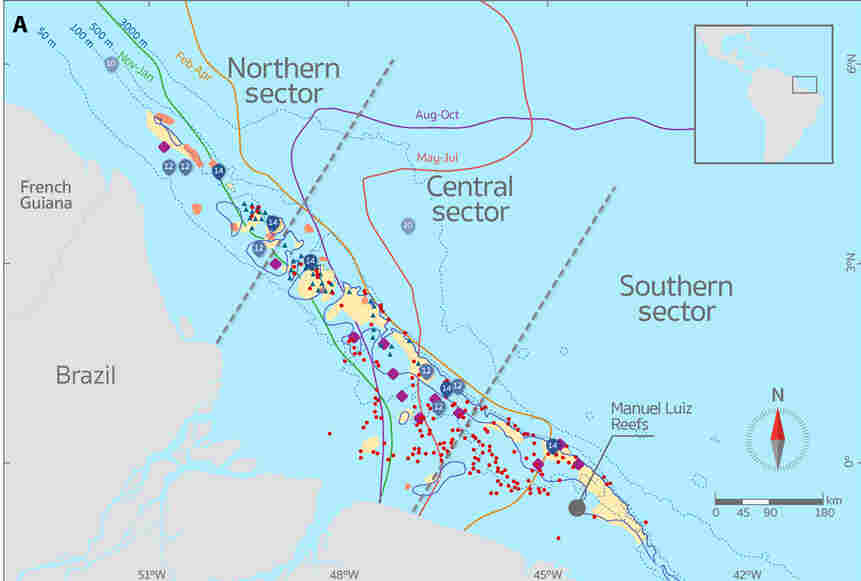 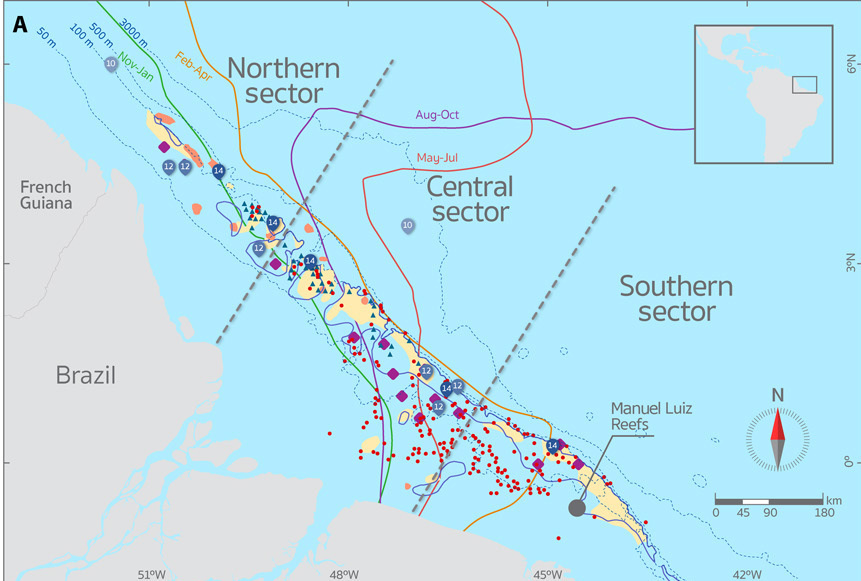 A map of the Amazon shelf showing the newly discovered reef structures in yellow.

Scientists say they have discovered a massive reef stretching for more than 600 miles at the mouth of the Amazon River in South America.

In total, the reef covers some 3,600 square miles — or, as Smithsonian notes, an area larger than the state of Delaware.

An article published today in the journal Science Advances by a team of Brazilian and American scientists says the reef is unusual because it lies in muddy waters.

"Coral reefs usually don't thrive in muddy waters, like the mouth of the world's largest river, but the Amazon has a freshwater outflow. It appears to have produced a reef with over 60 species of sponges and 73 species of fish, spiny lobsters, sea stars, and other ocean life. The reef stretches from the coast of French Guiana to Brazil's Maranhão state."

The newly discovered reef may include new species. Scientists have yet to fully identify at least 29 types of sponges collected during the research, according to the study. 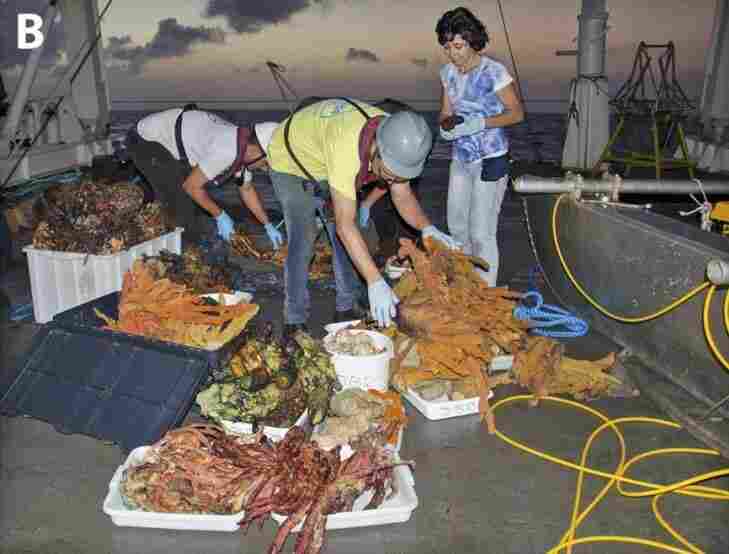 Project coordinator Fabiano Thompson tells NPR in an email that it primarily consists of sponges and rhodoliths, rather than coral. He adds that more than 300 square miles still need to be mapped.

"This is something totally new and different from what is present in any other part of the globe," Thompson tells Smithsonian. "But until now, it's been almost completely overlooked."

Smithsonian explains why: "The mouth of one of the world's largest rivers is an unlikely place for a coral reef. The Amazon accounts for a whopping 20 percent of the world's river-to-ocean discharge, and the tremendous muddy plume it produces in the Atlantic can be seen from space." It says researchers had previously had "a vague idea" that there was a reef in the area, but until now, "no one had followed up on the findings."

The unique reef is already in danger because of oil drilling, the scientists say. "In the past decade, a total of 80 exploratory blocks have been acquired for oil drilling in the study region, 20 of which are already producing," the article reads.

It says the blocks will "soon be producing oil in close proximity to the reefs," and "such large-scale industrial activities present a major environmental challenge."