Accessibility links
3 Years Later, Bangladeshi Survivors Remember The Collapse Of Rana Plaza : The Two-Way Those who were injured or lost loved ones in the building's collapse say those responsible haven't been brought to justice. 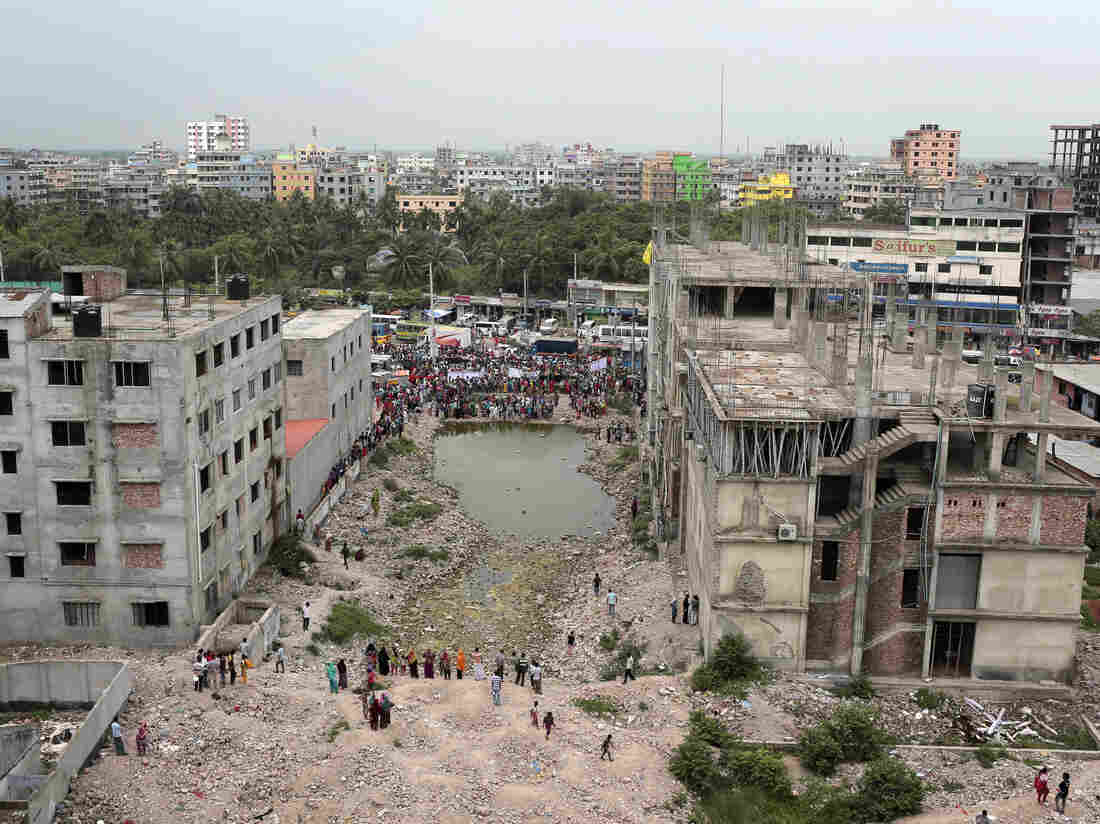 Relatives of the victims stand at the site of the Rana Plaza building, in this 2015 photo. More than 1,100 people died when the eight-story factory building collapsed. A.M. Ahad/AP hide caption 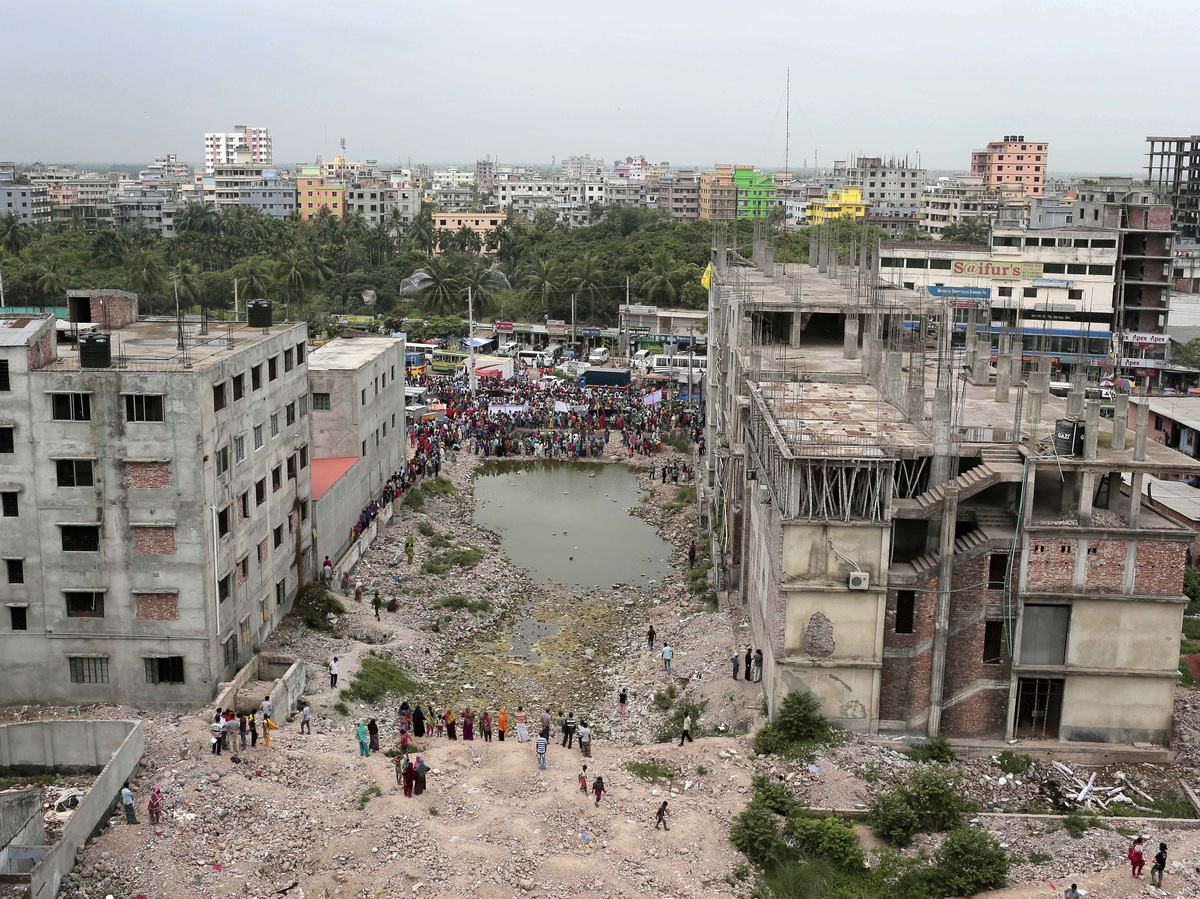 Relatives of the victims stand at the site of the Rana Plaza building, in this 2015 photo. More than 1,100 people died when the eight-story factory building collapsed.

Three years after an eight-story factory building collapsed in Bangladesh, killing more than 1,100 people and injuring 2,000 others, union leaders and relatives of the victims say not enough has been done to compensate those affected.

"Three years have passed and still we don't see any justice. No one has been held to account for one of history's worst man-made disasters," union leader Abul Hossain said at a commemorative protest at the site of the disaster.

Dozens of people took part in the protest, holding up laminated photographs of people whose bodies were never found, Agence France-Presse reported.

Rana Plaza collapsed on April 24, 2013, with hundreds of workers inside. Survivors say workers were forced to go inside the building, even though a visible crack was forming.

The clothes made in the building were sold by some of the most famous retail companies in the world, including Benetton and Zara.

In the wake of the disaster, the Accord on Fire and Building Safety in Bangladesh, a group of mostly European retailers, formed a binding five-year agreement to inspect Bangladeshi factories and help them correct any safety problems that might arise.

Since then, 50 percent of the safety problems identified during the inspections have been corrected and 23 factories that refused to cooperate have been deemed ineligible to do business with the retailers, according to a statement from the group.

"This work is unfinished. The memory of the Rana Plaza tragedy and victims serve as constant reminder and motivation to all of us that we must succeed in these efforts," according to a statement from the group.

A separate organization composed mainly of U.S. and Canadian retailers, the Alliance for Bangladesh Worker Safety, was also formed.

But there is much work left to do.

"You have about 200 brands working together, and there's definitely more transparency, more attention to the issue of human rights in the global supply chain," Sarah Labowitz, co-director of the Center for Business and Human Rights at the NYU Stern School of Business in New York, told the Thomson Reuters Foundation, in an interview with Reuters.

"But in addressing fire safety, building safety, workers' protection — there aren't enough practical discussions around these issues, not enough financing. So not enough has changed," said Labowitz, who wrote a report on the aftermath of the disaster, published in December.

Police in Bangladesh have charged the owner of the building with murder, along with 40 others who certified the building as safe, but no one has been convicted to date.

Authorities compensated the injured victims and the families of those who died, but the payments don't go far enough, critics say.

"I got 4,000 taka ($50) a month for two years. But now I don't have anything. My husband has left me as I've become mentally unstable," said Swapna Bibi, 25, who was injured in the disaster, told AFP.

A statement issued by leading Democrats in the U.S. House also bemoaned the lack of progress in improving labor rights Bangladesh:

"Many of the workers who entered Rana Plaza on the day of the tragedy were reluctant to do so because of concerns for their safety, but were threatened with losing their jobs. Those workers had no one to represent them and, as a result, 1,134 workers lost their lives."

"The Bangladeshi labor code and export processing zone laws remain out of compliance with basic International Labor Organization standards, and the laws that are in place are not effectively enforced by the Government of Bangladesh. Far too often we read reports of workers being harassed and physically attacked because of their association with a union."