Accessibility links
Obama: U.S. Will Send 250 Additional Military Personnel To Syria : The Two-Way The president announced his decision in a speech to a trade fair in Germany. The deployment will bring the total number of American military personnel deployed in Syria to as many as 300. 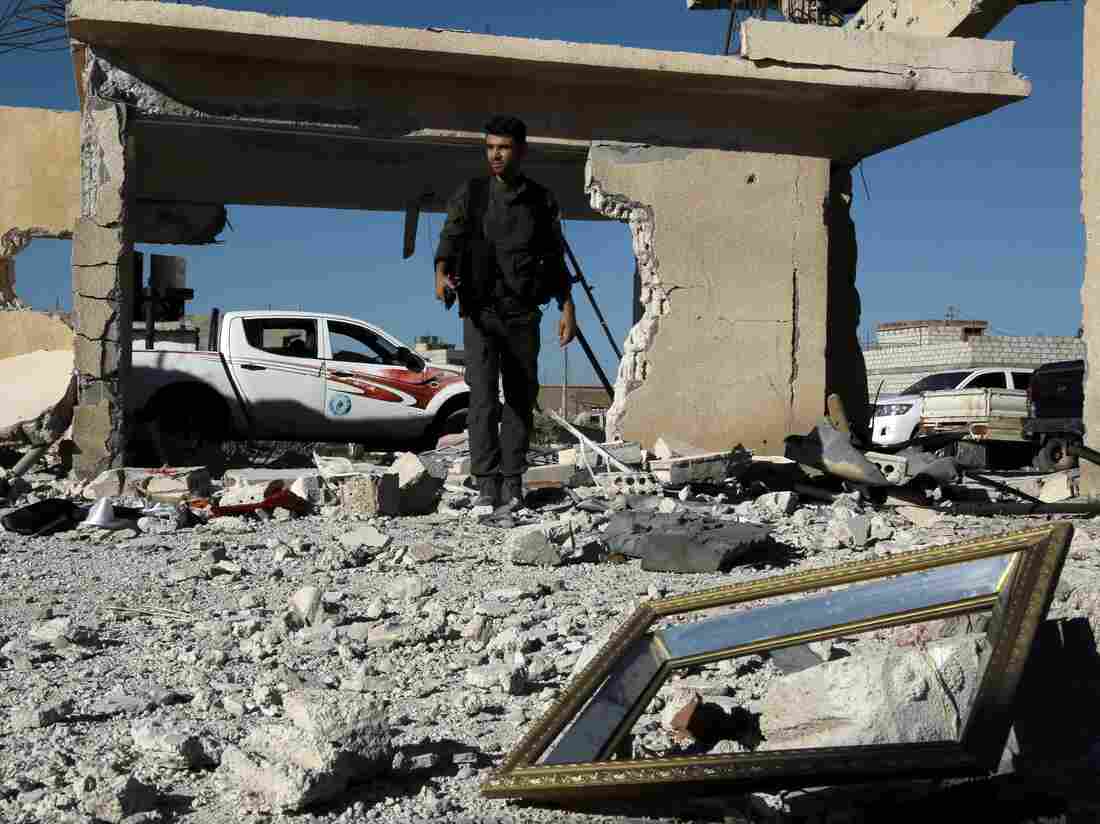 A member of the Kurdish internal security forces (known as the Asayish) inspects the Alaya prison in the northeastern Syrian city of Qamishli on April 22. Delil Souleiman/AFP/Getty Images hide caption 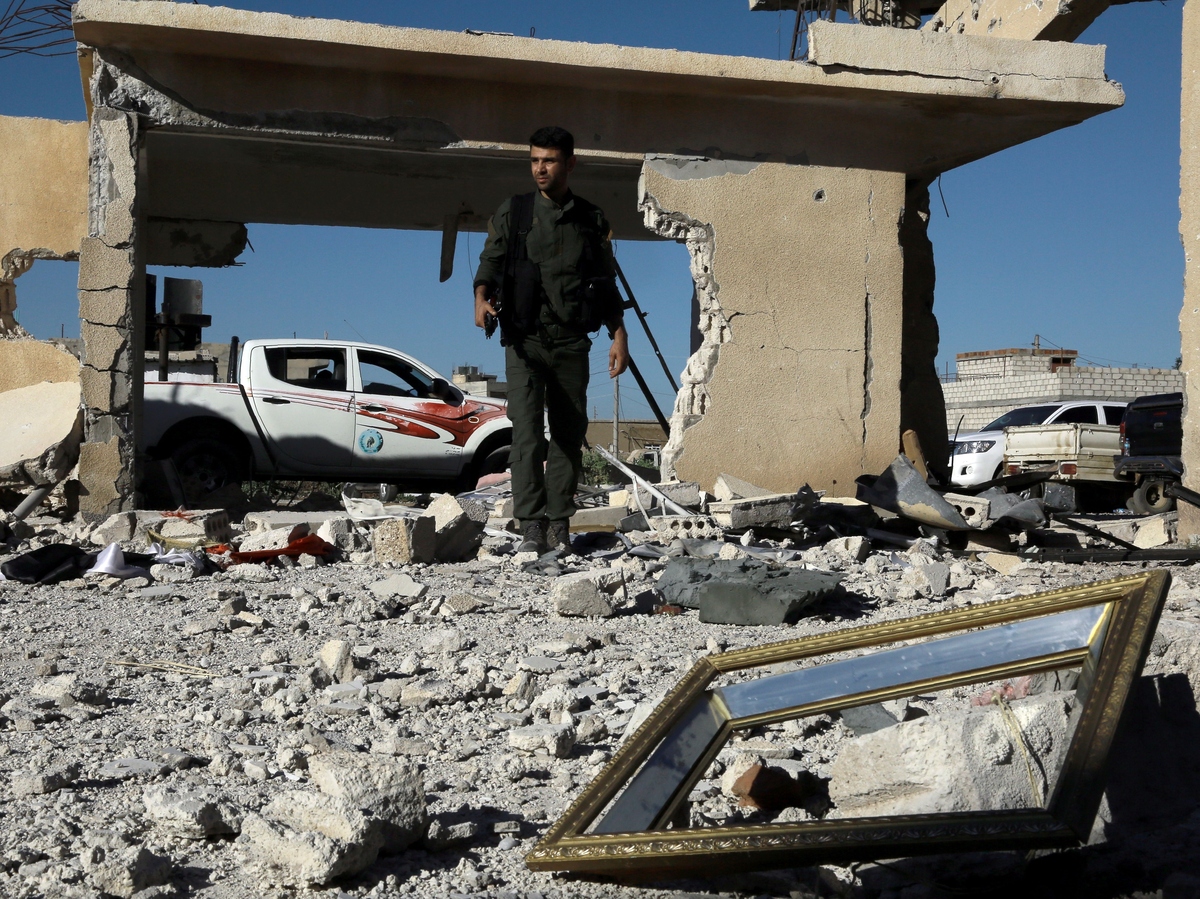 A member of the Kurdish internal security forces (known as the Asayish) inspects the Alaya prison in the northeastern Syrian city of Qamishli on April 22.

President Obama announced Monday that the U.S. will send up to 250 additional military personnel to Syria. The announcement signals a significant expansion of the American military presence in the country, from 50 personnel up to 300.

Still, it is not likely that this escalation indicates a large-scale intervention in Syria, where a fragile cease-fire has done little to slow violence. The partial truce, brokered by the U.S. and Russia in February, has not slowed attacks leveled by the regime of President Bashar Assad against rebel-held regions.

"Over the last few days, we have seen significant regime attacks on opposition-held areas that have killed large numbers of civilians in the city of Aleppo, where we have seen footage of attacks on civilian apartment blocks, Douma, near Damascus, and earlier in the week in the province of Idlib," explains NPR's Alice Fordham, who also notes reports of opposition shelling.

The cease-fire, while not finished, "certainly looks in tatters in terms of the situation on the ground," she reports.

Yet, as recently as Sunday, in a meeting with German Chancellor Angela Merkel, President Obama reiterated his concern — and his assertion that his administration is seeking peace primarily through negotiations, rather than a major military intervention.

"We remain deeply concerned about the upsurge in fighting in Syria over the last several days," Obama said. "And we continue to agree that the only real, durable solution is a political solution that moves Syria towards an inclusive government that represents all Syrians."

Dispatch From A Divided City: The Confusing Plight Of Qamishli

Dispatch From A Divided City: The Confusing Plight Of Qamishli

The Wall Street Journal, which first reported the president's decision, said the boost in American troops will aim to bring together Kurdish forces, in northeastern Syria, with their Sunni Arab counterparts in an eventual assault on Raqqa, which is held now by Islamic State militants.

But a closer relationship with Kurdish fighters isn't likely to please U.S. ally Turkey — which, according to the WSJ, "sees the Kurds as a threat as that group seeks greater autonomy in the region."