Accessibility links
Cleveland To Pay $6 Million To Settle Tamir Rice Lawsuit : The Two-Way The city agreed to the settlement Monday in a civil rights suit brought by Tamir's family. The 12-year-old boy was shot and killed by a police officer in November 2014. 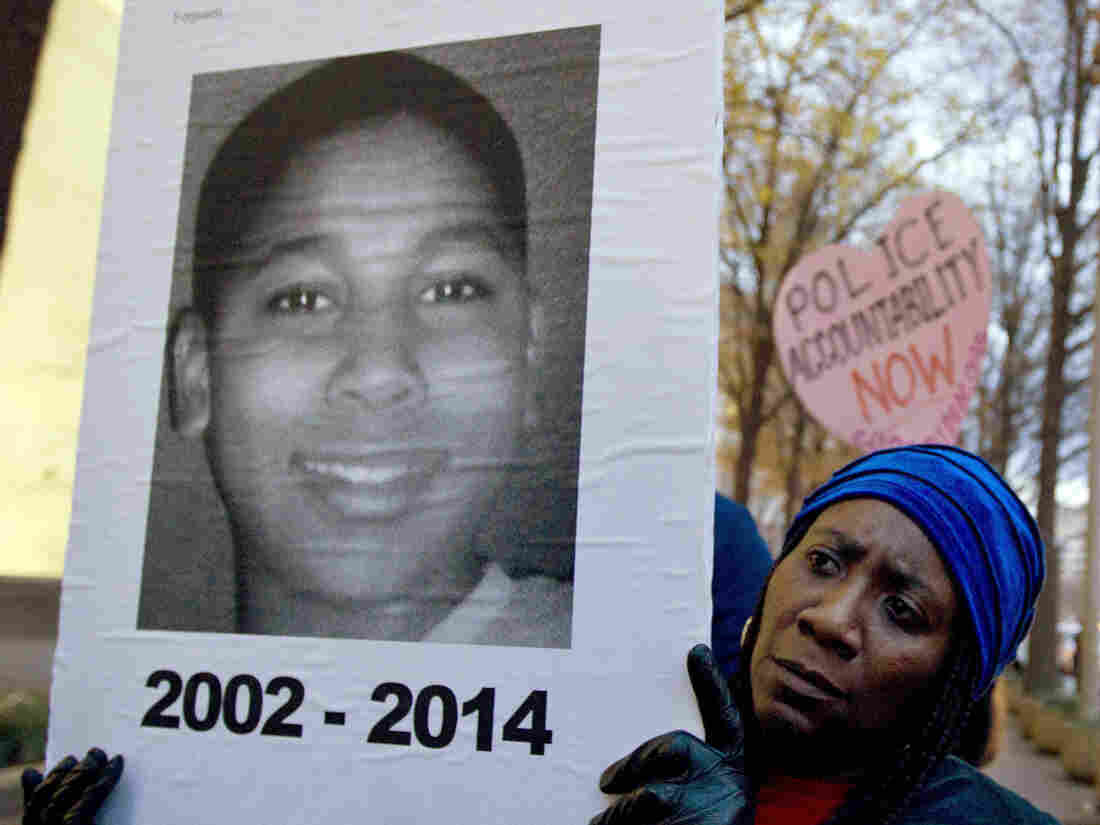 A protester holds up a picture of 12-year-old Tamir Rice in a December 2014 demonstration in Washington, D.C. Jose Luis Magana/AP hide caption 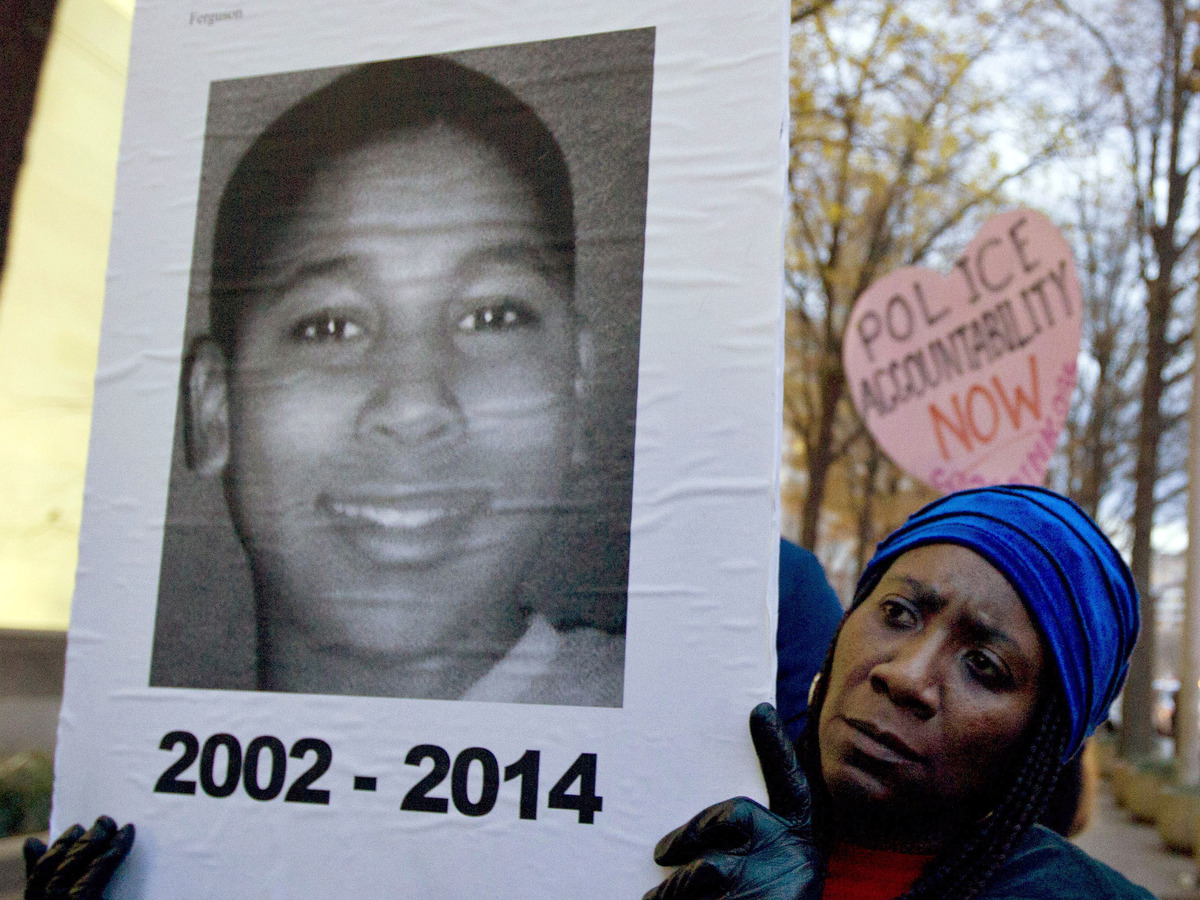 A protester holds up a picture of 12-year-old Tamir Rice in a December 2014 demonstration in Washington, D.C.

The city of Cleveland agreed Monday to pay $6 million to settle a civil rights lawsuit brought by the family of Tamir Rice, the 12-year-old boy who was shot and killed by a police officer on Nov. 22, 2014.

The city did not admit any wrongdoing in the killing of Tamir, who was holding an air pellet gun and walking outside a recreation center when he was shot by Officer Timothy Loehmann.

Cleveland mayor Frank Jackson held a press conference following the settlement announcement. He said while the legal side of this case has been handled, "there is no price that you can put on the life lost of a 12-year-old child."

Cleveland will pay out $3 million this year and $3 million next year, according to an order filed in U.S. District Court in Cleveland on Monday. As the Two-Way has reported, Tamir's family filed a wrongful death lawsuit against the city and police department in December 2014.

The Associated Press reported on the details of the payout:

"Tamir's estate has been assigned $5.5 million of the settlement amount. A Cuyahoga County probate judge will decide how the amount will be divided. Samaria Rice, Tamir's mother, will receive $250,000. Claims against Tamir's estate account for the remaining $250,000. Tamir's father, Leonard Warner, was dismissed in February as a party to the lawsuit."

In a statement, the family's attorneys said despite the settlement, there was "no such thing as closure or justice" in a situation like this one.

"Nothing will bring Tamir back," said attorneys Jonathan S. Abady and Earl S. Ward. "His unnecessary and premature death leaves a gaping hole for those who knew and loved him that can never be filled."

Loehmann and his partner were responding to a 911 caller who said there was a man pointing a gun at people. The caller had told the dispatcher he believed the person to be a juvenile and that the weapon was probably fake. Those details were not relayed to the officers.

NBC News described the event and reposted the surveillance footage in its report of the settlement Monday morning:

"A police cruiser raced in front of a Cleveland recreation center and rolled up alongside Rice. One of the two police officers inside the car jumped out and fired his service weapon twice. Rice, who earlier had been flashing around a toy pellet gun, crumpled onto the snowy soil."

Reaction to the boy's death was a leading narrative as the Black Lives Matter movement emerged in recent years. Outrage increased in December 2015 when a grand jury declined to bring criminal charges against both officers involved in the fatal shooting.

"Simply put, given this perfect storm of human error, mistakes and miscommunications by all involved that day, the evidence did not indicate criminal conduct by police," Cuyahoga County prosecutor Timothy McGinty told reporters on Dec. 28.

McGinty, who had been roundly criticized over his handling of the Rice case, lost his seat in the Democratic primary March 16.