Accessibility links
Freedom And Liberty: Month-Old Eaglets Get Names In D.C. : The Two-Way More than 36,000 online votes were cast in the competition to name the two young eagles, the American Eagle Foundation says. Names such as Cherry and Blossom lost out.

Freedom And Liberty: Month-Old Eaglets Get Names In D.C.

Freedom And Liberty: Month-Old Eaglets Get Names In D.C. 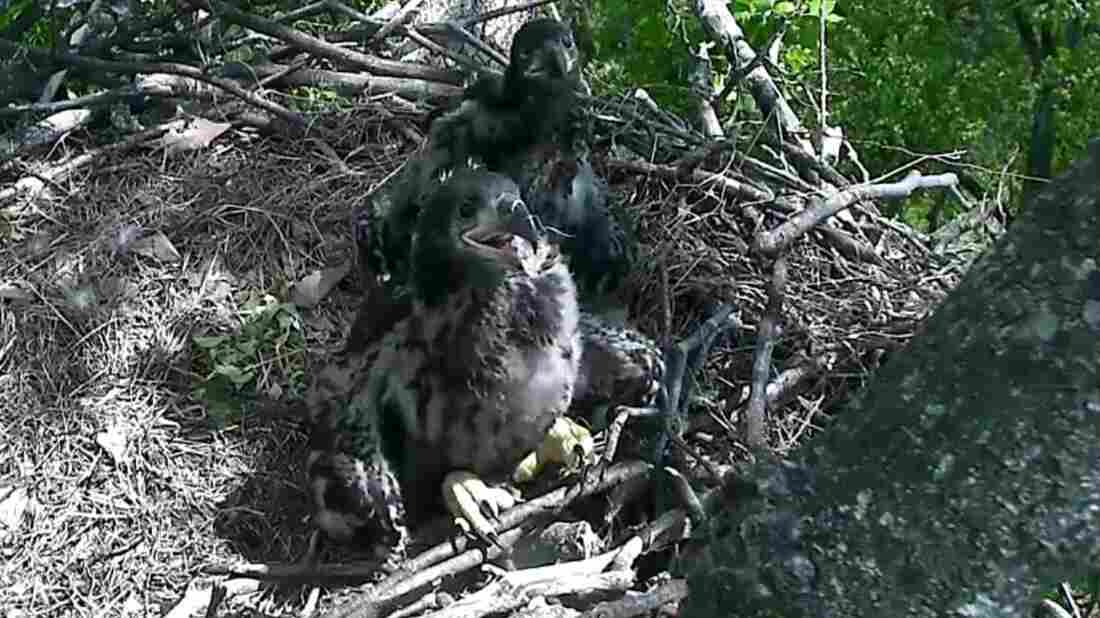 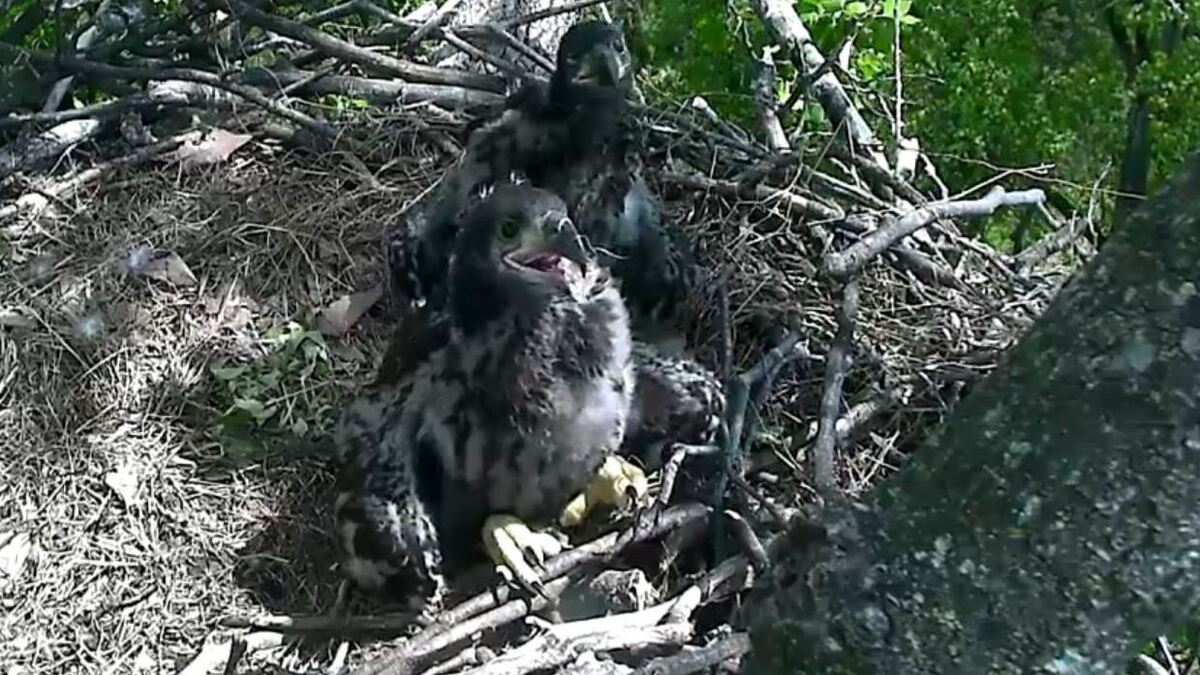 Which one's which? Two eaglets were born in Washington, D.C., last month; they've now been named Freedom and Liberty.

After tens of thousands of votes, the pair of eaglets born in the National Arboretum last month now have official names. Freedom and Liberty won, beating out other options such as Stars and Stripes.

The eagles have been very popular. Since February, more than 35 million people have watched them progress from eggs to hatchlings to eaglets, according to the American Eagle Foundation, which set up cameras near the birds' nest in the arboretum in Washington, D.C.

More than 36,000 online votes were cast in the competition to name the two young eagles, the foundation says.

The winning names of Freedom and Liberty were announced via the Friends of the National Arboretum Facebook page, where voting was closed just before midnight Sunday.

"Those names were my second choice," Facebook user Diane Morris wrote on the group's post announcing the names, "as I still prefer Honor and Glory as there are no known eagles by those names and they represented the integrity of the parents. Well done people, I was so afraid they would be named Stars and Stripes."

Here are the five paired names voters chose from: