Accessibility links
India Will Require 'Panic Button' On Cellphones To Report Assault : The Two-Way By 2017, all new mobile phones will have to be able to send out a distress call. It is part of an initiative to centralize India's emergency response system — and to address violence against women.

India Will Require 'Panic Button' On Cellphones To Report Assault

India Will Require 'Panic Button' On Cellphones To Report Assault

The Indian government will require all new mobile phones to have a "panic button" beginning in 2017, "to help our women in distress," the communications and information technology minister tweeted on Tuesday.

The Telecommunications Ministry said the emergency call would be made by holding down a designated key on the phone, according to Bloomberg.

Pressing the button will alert police & designated friends/relatives, for immediate response in case of distress or security related issues.

Ensuring women security through technology is digital empowerment and an important component of #DigitalIndia.

Minister Ravi Shankar Prasad also said phones will have GPS systems, beginning in 2018, to "pinpoint location in the event of harassment or distress."

Violence against women in India has been widely reported over the past few years. High-profile cases include a gang rape on a Delhi bus in 2012 and the rape and murder of teen sisters in 2014, as NPR's Julie McCarthy has reported. Julie has noted that fixing structural problems, such as a lack of toilets, could be a part of preventing violence.

The idea of using technology to quickly reach out for help isn't new. Mashable names a few companies in India working on wearable technology with a similar feature. And after an assault by an Uber driver in the country, that company implemented a distress-call feature within its app, which Forbes covered last year.

Tanvi Madan, director of The India Project at the Brookings Institution, says the government's phone plan is part of a larger initiative to upgrade the country's emergency response system.

India recently announced plans for a nationwide emergency phone number, which Bloomberg reports should be introduced "in the next few months." (Currently the police, fire, ambulance and disaster management all have different numbers, Mashable says.)

Among Madan's questions about the panic-button policy: What happens after someone sends out a distress signal? Madan says she would like to see more details about how it will all be implemented.

"The police in India ... the burden on them is quite high," she says. 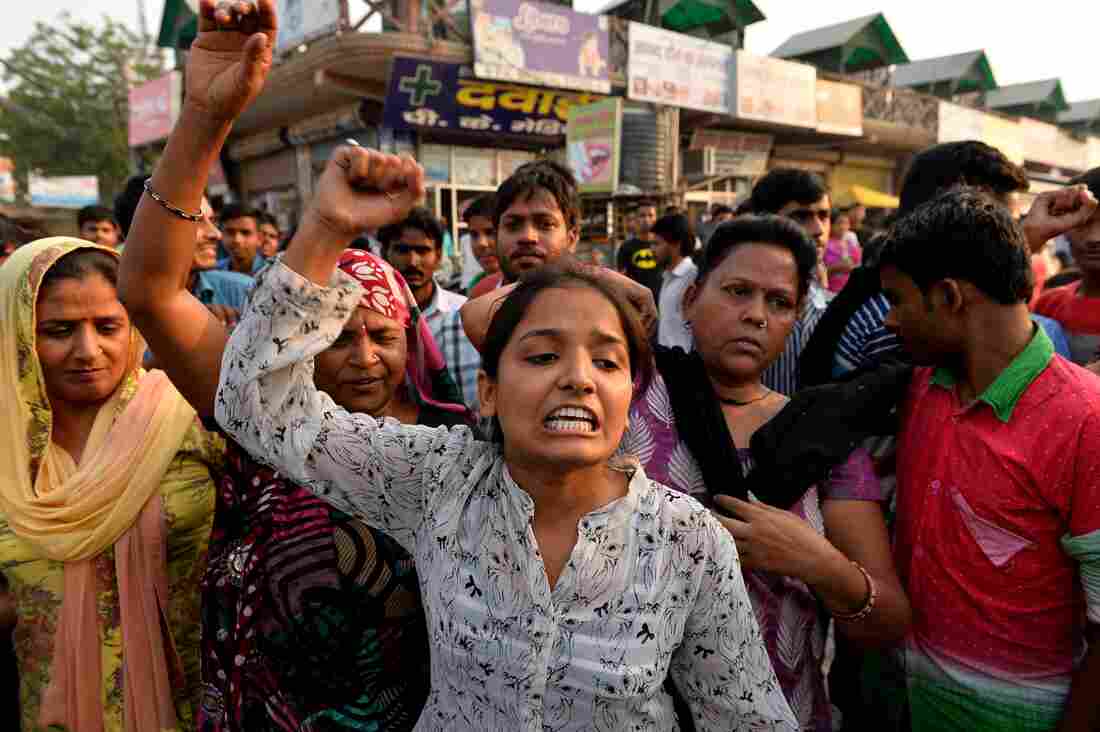 Protesters rally near the home of a girl who was raped in New Delhi on Oct. 17. The Indian government is trying to improve its emergency response system, particularly in cases of assault. Chandan Khanna/AFP/Getty Images hide caption 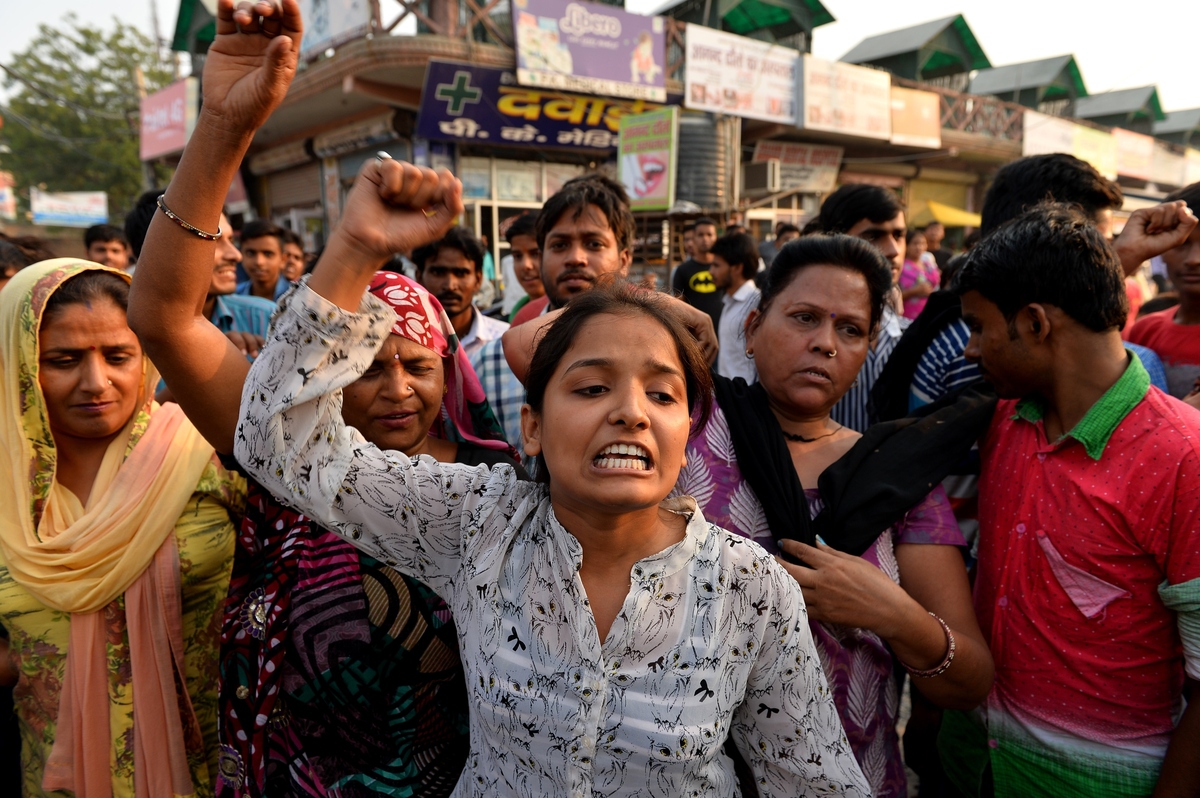 Protesters rally near the home of a girl who was raped in New Delhi on Oct. 17. The Indian government is trying to improve its emergency response system, particularly in cases of assault.

Madan calls the phone requirements a "good start" but expects that building the capacity and training needed to make the whole system work is a "medium- to long-term effort. I don't think you can do that" before January 2017.

She also says this shows the government is listening to the outcry about sexual violence — and an acknowledgment that "this is something they are judged on politically."

"One can no longer look at sexual violence in isolation," Audrey D'Mello, program director at the Majlis Legal Centre for Women in Mumbai, told the International Business Times last year. "It is connected to a terribly exploitative environment that takes advantage of the women and girls at every possible stage, in every facet of their lives."