Accessibility links
Venezuela Cuts Public Employees' Workweek To 2 Days To Save Energy : The Two-Way President Nicolas Maduro says public sector workers will work only on Mondays and Tuesdays. Venezuela is grappling with drought that has shrunk water levels at the country's main hydroelectric dam. 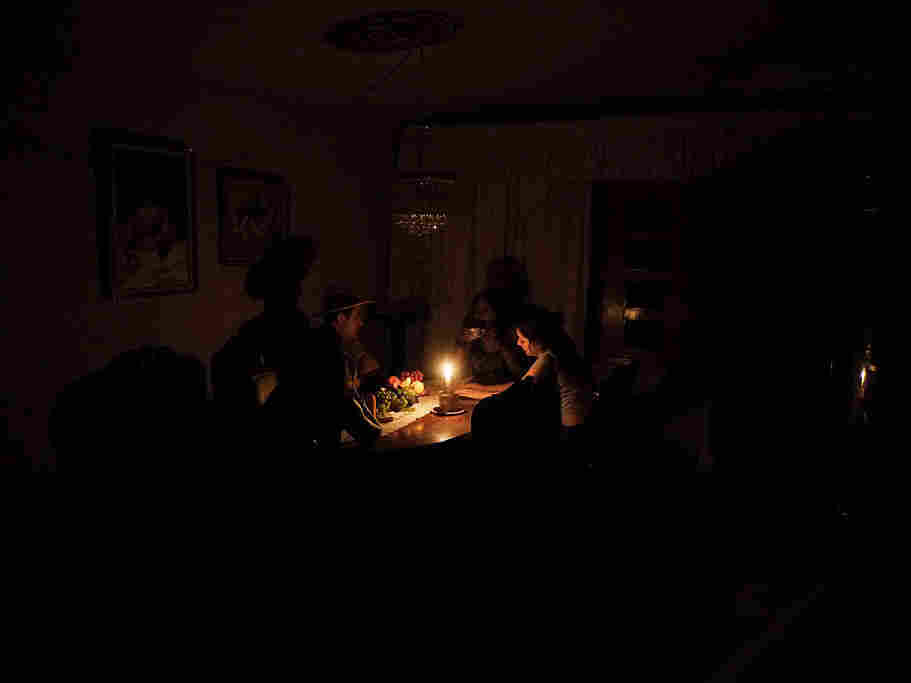 A family sits at a candlelit table in the state of Barinas, 370 miles west of Caracas, on Monday. Juan Barreto /AFP/Getty Images hide caption 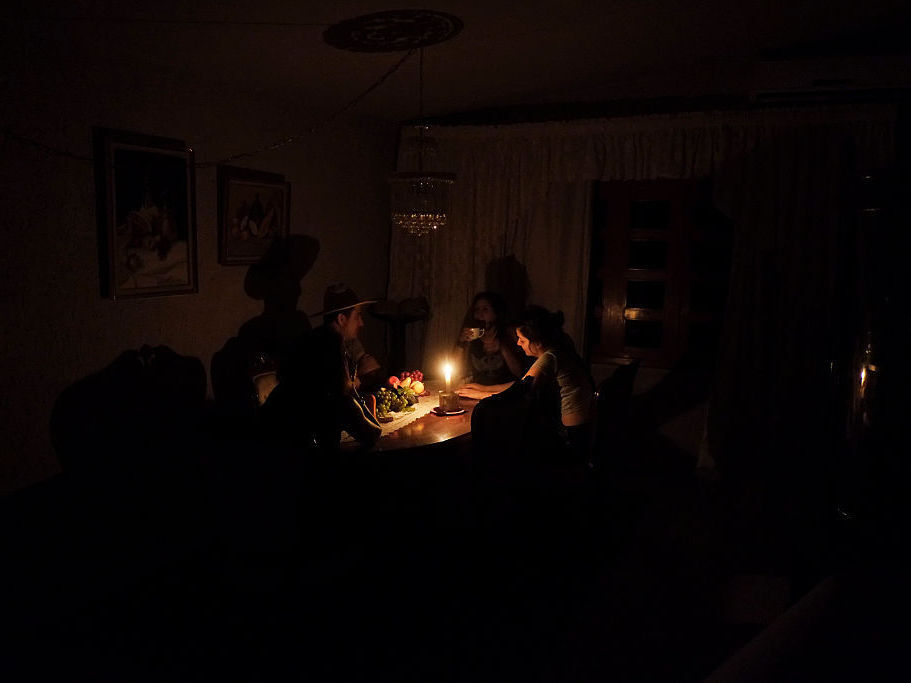 A family sits at a candlelit table in the state of Barinas, 370 miles west of Caracas, on Monday.

Venezuela is shortening the workweek for public sector workers to just Monday and Tuesday, in an effort to save power as a drought pushes the water level to new lows at the country's main hydroelectric dam.

Maduro "said the water level behind the nation's largest dam has fallen to near its minimum operating level thanks to a severe drought," The Associated Press reported.

He blamed the El Niño weather pattern, and said conditions "would return to normal when it started raining again," the BBC reports.

According to the wire service, experts have also blamed a "lack of planning and maintenance."

Venezuela's 2.8 million government workers were already on a truncated schedule in an effort to save power. Earlier this month, the country declared it would give public sector workers Fridays off for several months, as the Two-Way has reported.

The latest announcement also comes less than a week after the government said it would be shutting off power for four hours daily. According to Reuters, the new measure won't include workers "in sensitive sectors such as food."

Critics say the move will make little difference because of the power that government workers will use from their homes.

"Maduro says that 'we in government don't stop working for a second'. Of course. Except for Wednesdays, Thursdays, Fridays, Saturdays and Sundays!" satirized Leonardo Padron, a columnist for pro-opposition El Nacional newspaper, via Twitter," Reuters reports.

The electricity crisis is just one of a slew of challenges facing oil-rich Venezuela, whose economy has been hit hard by the drop in global oil prices. As the Financial Times reports, "The power crisis merely adds to the woes of ordinary Venezuelans already suffering shortages of basic foodstuffs as the fall in oil prices hits government revenues, resulting in lower imports of sugar, flour and eggs."

In fact, The Associated Press says that many government workers have been using their Fridays off to wait in lines for staple goods.