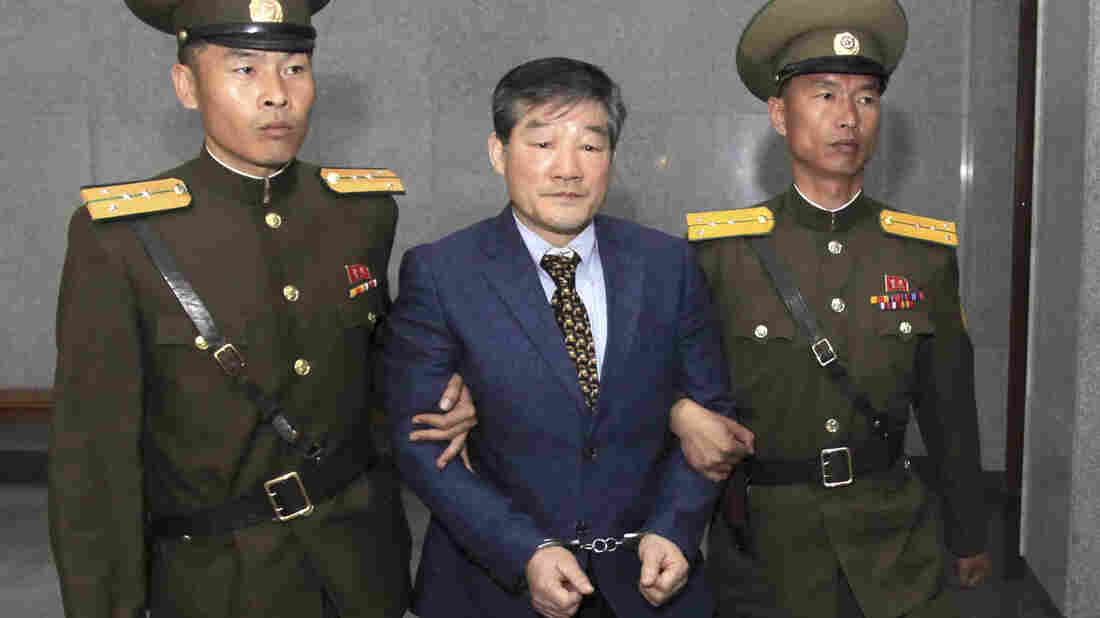 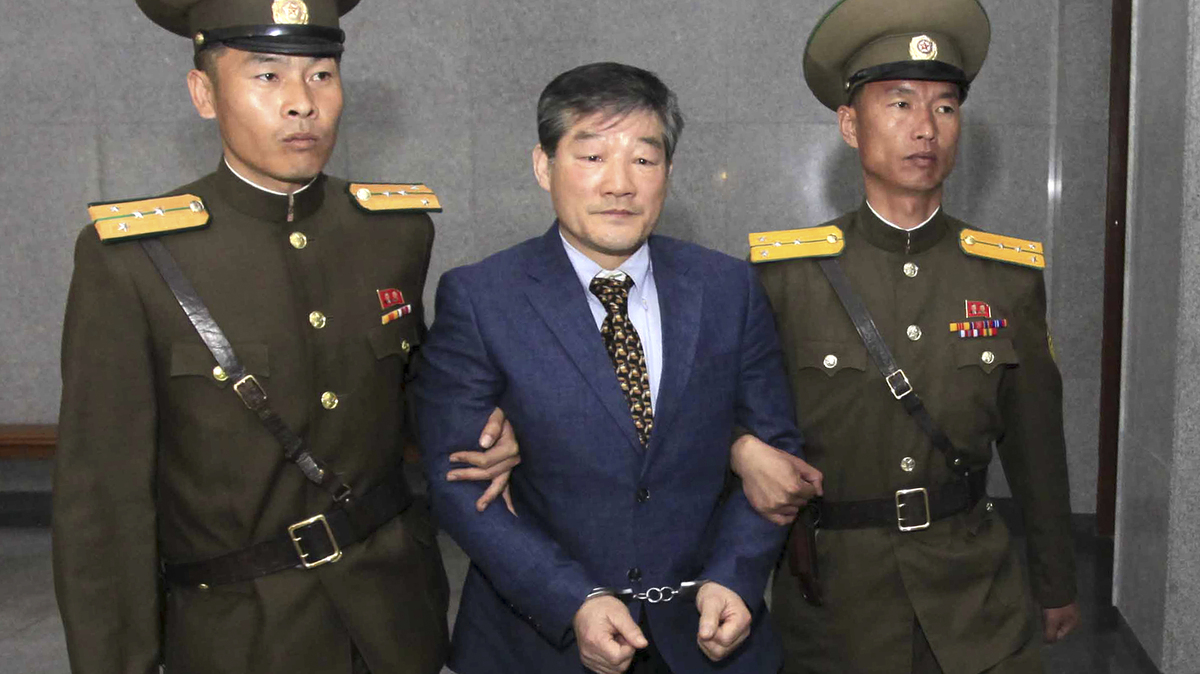 North Korea's Supreme Court has sent another U.S. citizen to prison, sentencing a Korean-American man to 10 years in prison and hard labor over espionage charges. Kim Dong-chul, 62, is reportedly a former resident of Fairfax, Va.

News of the sentence comes months after Kim was accused of stealing state secrets. Back in January, North Korean officials brought him forth to a CNN news crew in Pyongyang, for an interview in which Kim said he used to live in Virginia — and that he wanted the U.S. and South Korea to help him regain his freedom.

"State news agency KCNA showed Kim confessing to all his crimes in a scripted news conference in March. It's an attempt to appear like a deliberate judicial process, though North Korea has no rule of law.

"Kim is the latest American detainee in North Korea to receive a harsh sentence. Just last month, American student Otto Warmbier was convicted of subversion. He is serving a 15 year sentence of prison and hard labor. The North has in the past used American detainees as leverage in dealing with Washington."

In that January interview, Kim said he had moved to China in 2001, living close to the North Korean border so he could work as a top executive at an international company that's based in a special economic zone in North Korea. He said he was arrested in October.