Accessibility links
Weasel Apparently Shuts Down World's Most Powerful Particle Collider : The Two-Way The Large Hadron Collider in Switzerland is offline, following a run-in with a small mammal that munched on a power cord. 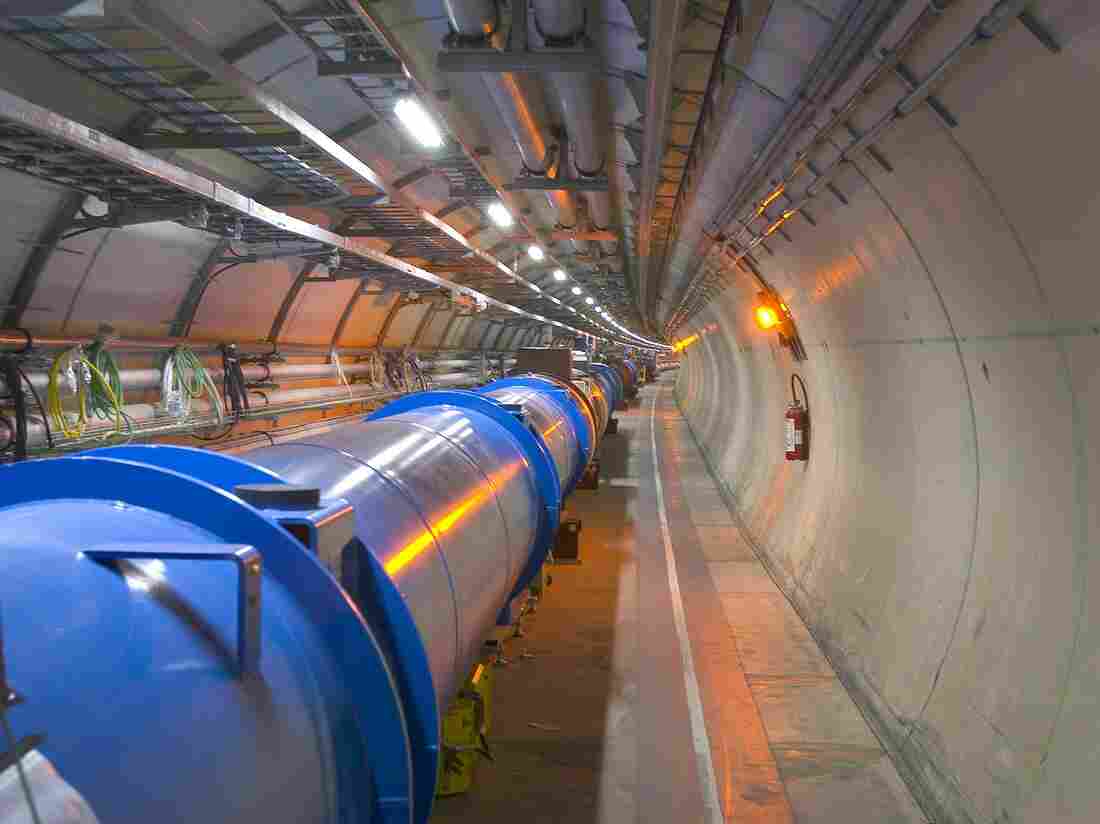 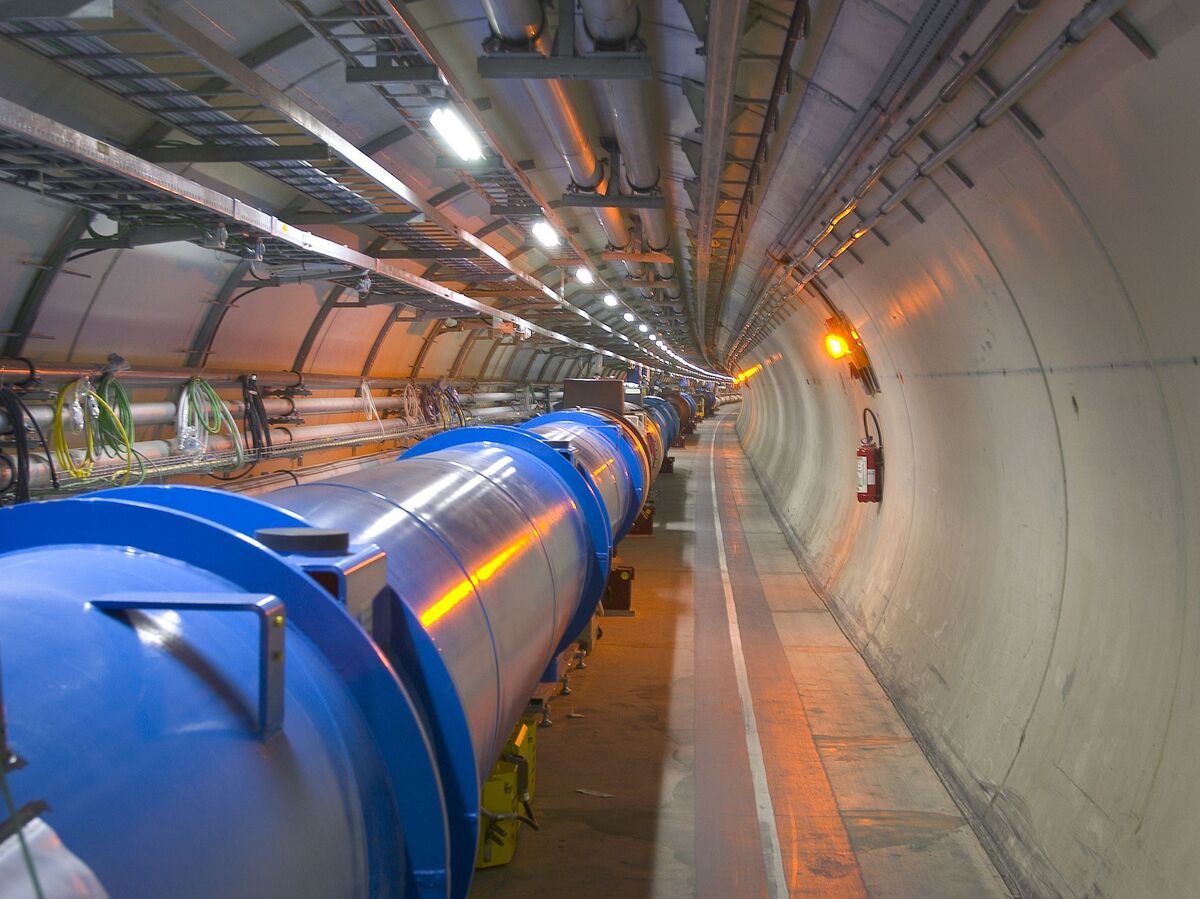 A small mammal has sabotaged the world's most powerful scientific instrument.

The Large Hadron Collider, a 17-mile superconducting machine designed to smash protons together at close to the speed of light, went offline overnight. Engineers investigating the mishap found the charred remains of a furry creature near a gnawed-through power cable. 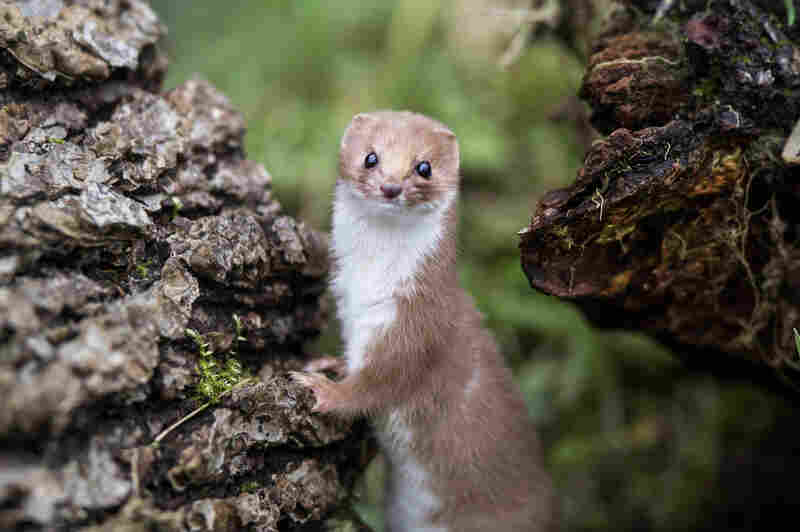 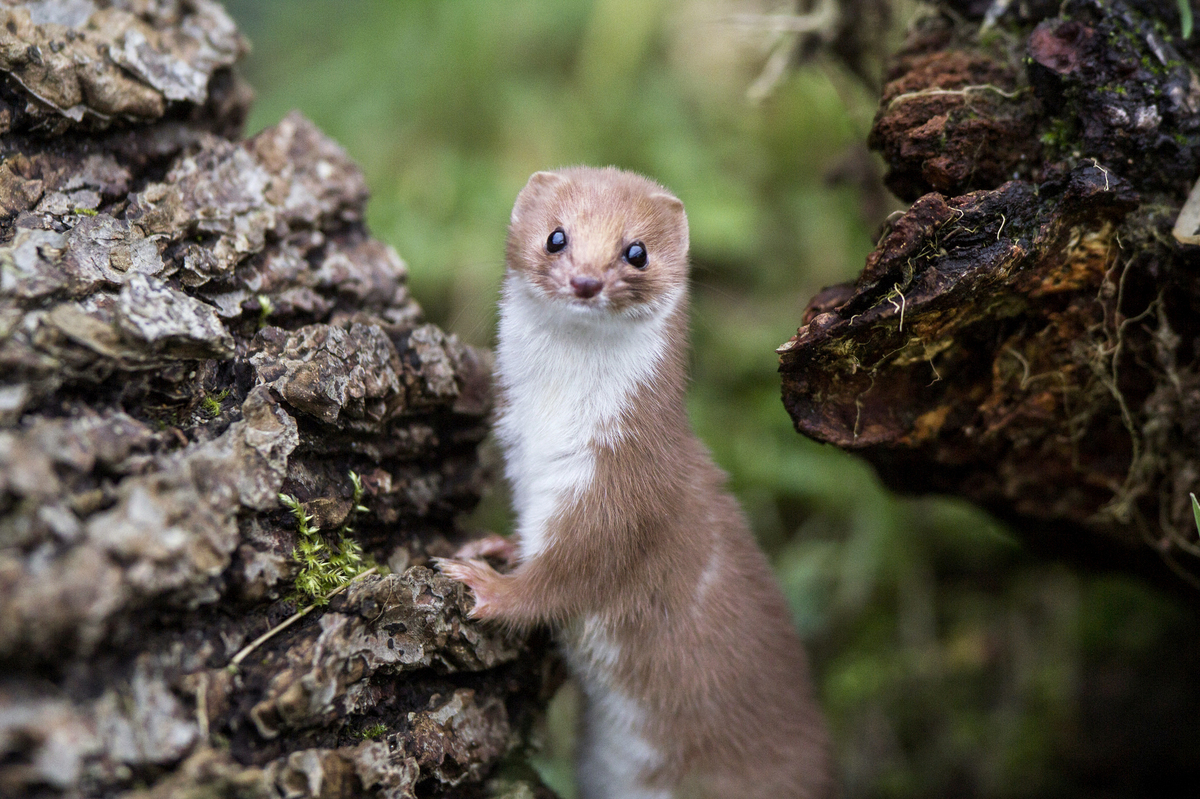 A small mammal, possibly a weasel, gnawed-through a power cable at the Large Hadron Collider.

"We had electrical problems, and we are pretty sure this was caused by a small animal," says Arnaud Marsollier, head of press for CERN, the organization that runs the $7 billion particle collider in Switzerland. Although they had not conducted a thorough analysis of the remains, Marsollier says they believe the creature was "a weasel, probably." (Update: An official briefing document from CERN indicates the creature may have been a marten.)

The shutdown comes as the LHC was preparing to collect new data on the Higgs Boson, a fundamental particle it discovered in 2012. The Higgs is believed to endow other particles with mass, and it is considered to be a cornerstone of the modern theory of particle physics.

Researchers have seen some hints in recent data that other, yet-undiscovered particles might also be generated inside the LHC. If those other particles exist, they could revolutionize researcher's understanding of everything from the laws of gravity, to quantum mechanics.

Unfortunately, Marsollier says, scientists will have to wait while workers bring the machine back online. Repairs will take a few days, but getting the machine fully ready to smash might take another week or two. "It may be mid-May," he says.

These sorts of mishaps are not unheard of, says Marsollier. The LHC is located outside of Geneva. "We are in the countryside, and of course we have wild animals everywhere." There have been previous incidents, including one in 2009, when a bird is believed to have dropped a baguette onto critical electrical systems.

Nor are the problems exclusive to the LHC: In 2006, raccoons conducted a "coordinated" attack on a particle accelerator in Illinois.

It is unclear whether the animals are trying to stop humanity from unlocking the secrets of the universe.

Of course, small mammals cause problems in all sorts of organizations. Yesterday, a group of children took National Public Radio off the air for over a minute before engineers could restore the broadcast.