Accessibility links
President Obama Has His Last Laughs At 2016 White House Correspondents' Dinner : The Two-Way In his eighth and last correspondents' dinner Saturday, Obama didn't pull punches with his fellow politicos — but he did pull a last-minute mic drop. 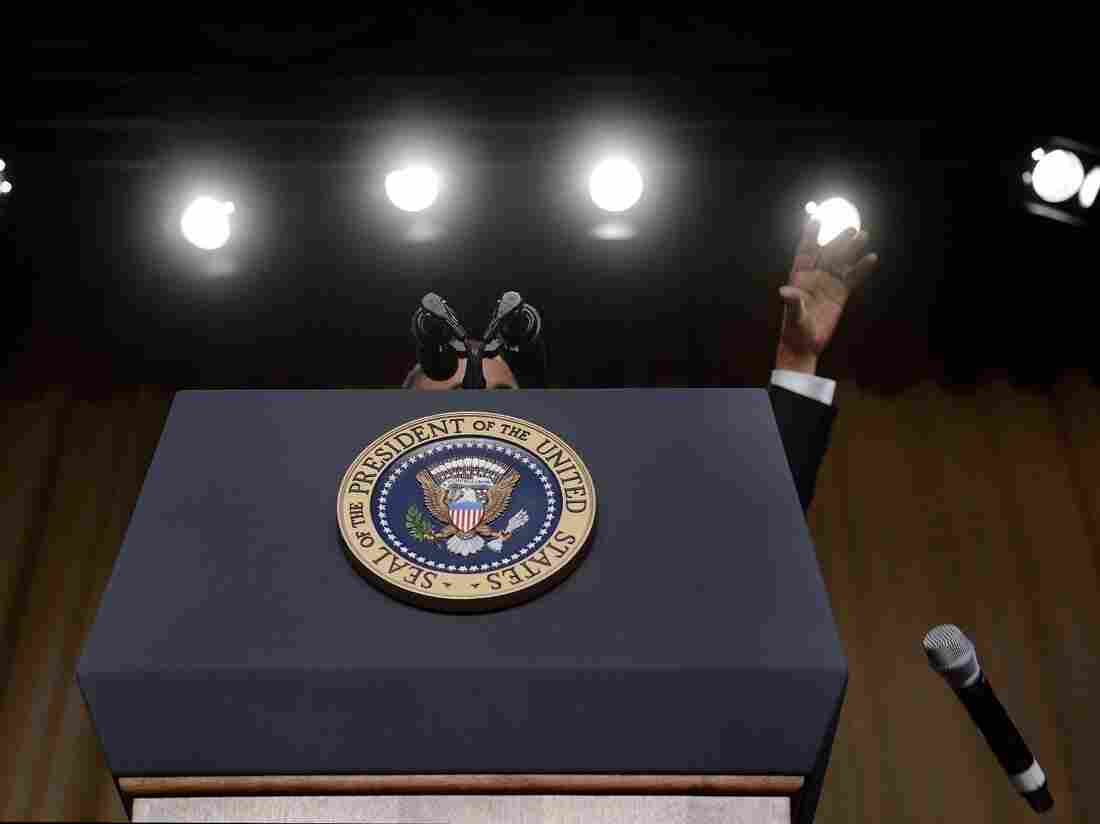 President Obama drops the microphone and the line "Obama out" after his eighth and final appearance at the White House Correspondents' Association annual dinner on Saturday. Olivier Douliery-Pool/Getty Images hide caption 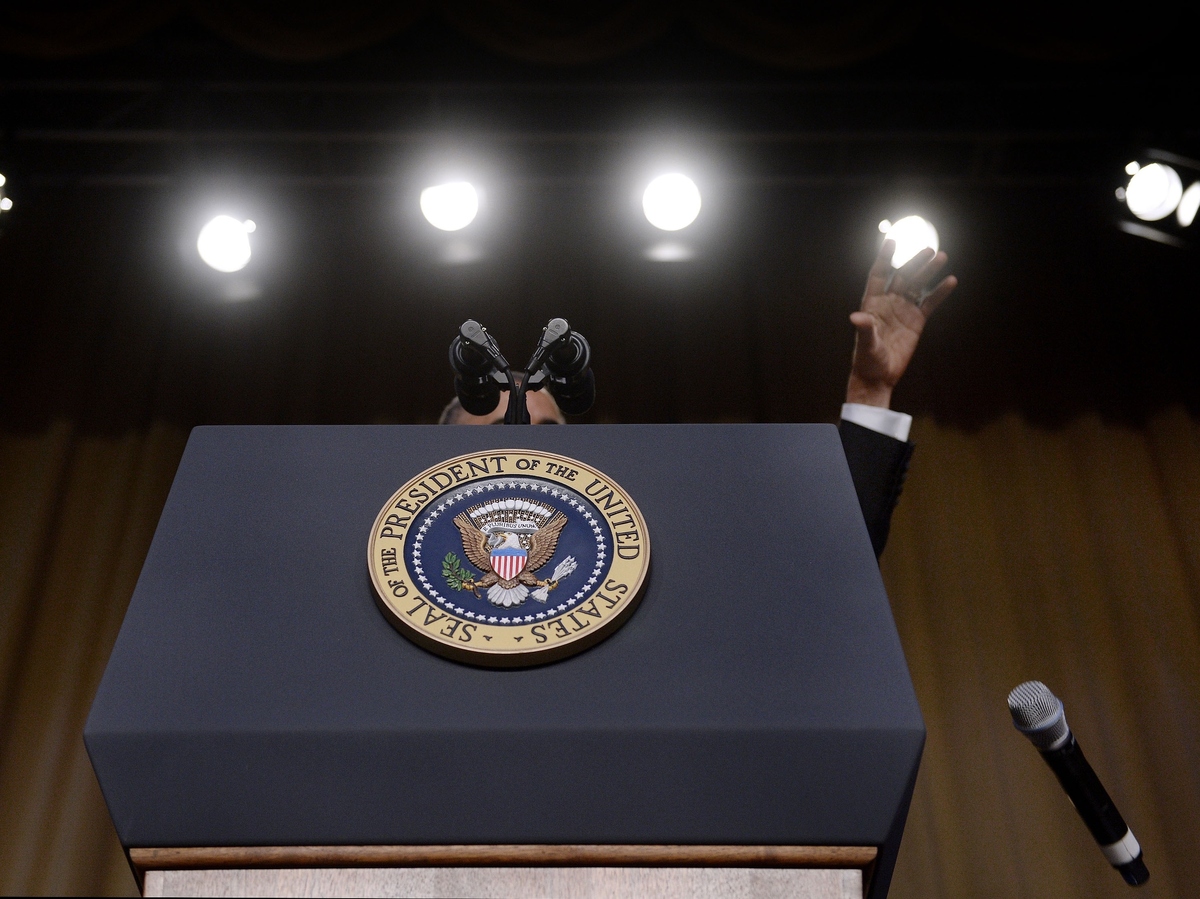 President Obama drops the microphone and the line "Obama out" after his eighth and final appearance at the White House Correspondents' Association annual dinner on Saturday.

If the annual White House Correspondents' Dinner is "nerd prom," Mr. President is the class clown.

In his final run as comedian in chief at the event on Saturday evening, President Obama closed his speech with "Obama out" and a mic drop before receiving a standing ovation from Washington and Hollywood bigwigs.

"With that, I have just two more words to say: Obama Out." —@POTUS #WHCD pic.twitter.com/RQSDh92YsU

That's right, Obama pulled a Kobe Bryant in a nod to his own retirement from correspondents' dinners and, soon, the White House.

In his roasting session, the president united celebrities, journalists, politicos and his potential successors by taking them down. Known for his comedic timing and one-liner delivery, Obama didn't disappoint.

He likened Hillary Clinton to an aunt who couldn't figure out how to use Facebook, and called Bernie Sanders "comrade," poking at his democratic socialist status. And on Donald Trump, his main farce fodder at 2011's event:

"I am a little hurt [Donald Trump] is not here tonight. We had so much fun the last time. And it is surprising. You've got a room full of reporters, celebrities, cameras, and he says no. Is this dinner too tacky for The Donald? What could he possibly be doing instead? Is he at home, eating a Trump steak, tweeting out insults to Angela Merkel?

"There is one area where The Donald's experience could be useful, and that is closing Guantanamo — Donald knows a thing or two about running waterfront properties into the ground."

Obama had a lot to live up to after last year's event, but by the applause-versus-groan level, he outdid the comedian of the night, Larry Wilmore. That's not to say Wilmore didn't get some hearty applause:

"Oh, I just got a note from the president saying that if you want another drink, you should order it now because the bar will be closing down. Of course, he said the same thing about Guantanamo, so you have at least another eight years."

Obama ended his appearance on a serious note to salute the press corps, including Jason Rezaian, the Washington Post reporter who was released in January after 544 days in an Iranian prison.

Here are some of our favorite Obama jabs from the night:

"Eight years ago, I said it was time to change the tone of politics; in hindsight, I really should have been more specific."

"I was running on CPT, which stands for jokes that white people should not make."

"As you know, Spotlight is a film about investigative journalists with the resources, the autonomy, to chase down the truth and hold the powerful accountable. Best fantasy film since Star Wars."

And, like any true comedian, Obama turned the spotlight on himself:

"Last week, Prince George showed up to our meeting in his bath robe. That was a slap in the face. A clear breach of protocol."