Accessibility links
Iran Parliamentary Election: Moderates, Reformists Make Gains, Fall Short Of Majority : The Two-Way Supporters of President Hassan Rouhani fell short of a clear majority despite receiving the most votes. Analysts say the coming period will be combative, with many big issues decided by independents. 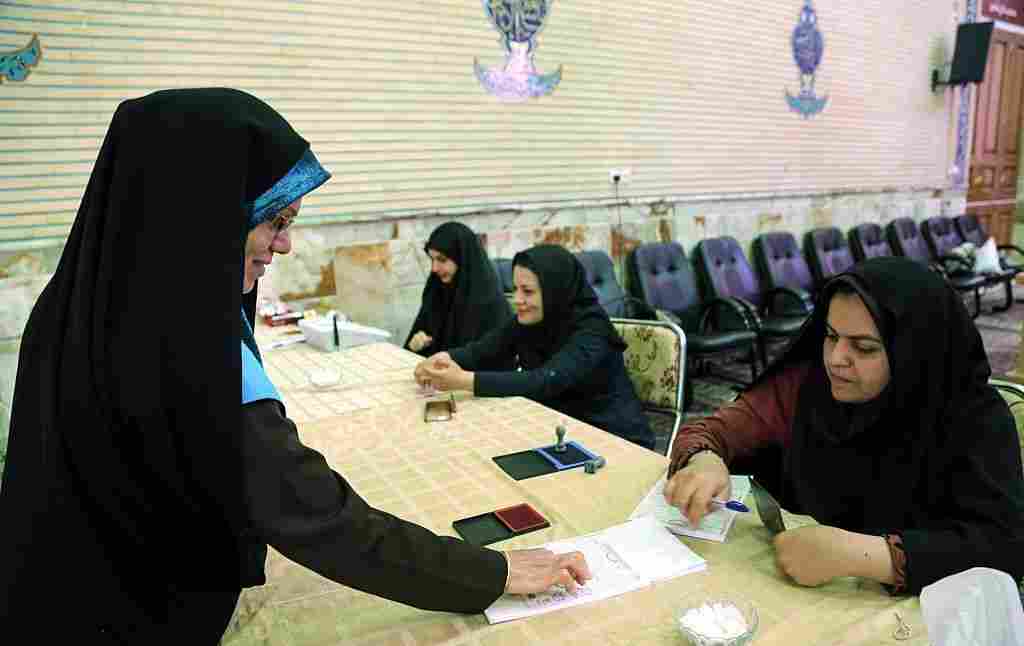 An Iranian election official checks identities during a second round of parliamentary elections at a polling station in Shahriar district of Tehran, Iran on Friday. Anadolu Agency/Getty Images hide caption 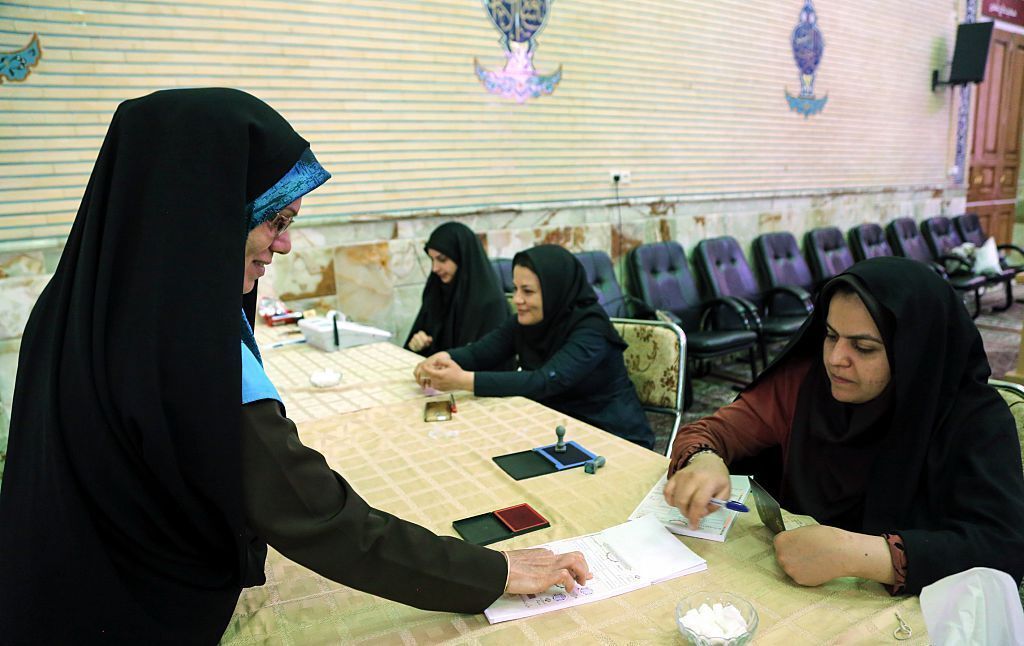 An Iranian election official checks identities during a second round of parliamentary elections at a polling station in Shahriar district of Tehran, Iran on Friday.

Results of Iran's parliamentary runoff election are in, and supporters of President Hassan Rouhani have made strong gains in the first vote since the landmark nuclear deal signed last year with world powers.

Iranians cast ballots Friday in races where no candidate won more than 25 percent of the votes in the first round of the parliamentary election in February.

We're seeing differing vote tallies between news organizations, but they're in agreement that the President's supporters fell short of an outright majority despite receiving the most votes.

The BBC says "supporters of President Hassan Rouhani won 42% of the total seats - short of an outright majority but comfortable enough to pass his legislative plans." The New York Times is reporting a similar margin, saying "the reformists and moderate supporters of Mr. Rouhani hold 122 seats in the 290-member Parliament."

According to The Associated Press, moderates and reformists now hold 143 seats in the assembly – followed by the hardliners with 86 seats and the independents with 61. The wire service says Rouhani supporters finished three seats short of a majority.

The differing affiliation counts could be a result of Iran's relatively fluid system: The Times notes that Iran's system is based on individual candidates rather than parties, meaning "alliances can shift because those who are elected are not bound by the constraints of party affiliation when they vote." Likewise, Reuters says "some candidates were backed by both camps."

The news service notes that the results must now be approved by the Guardian Council, a vetting body.

The Times reports that despite the gains made by moderates and reformists, the president's supporters say they "were not enough to decisively alter the balance of power in Iran."

"Expect a Parliament with a slightly friendlier tone, but also many political crises," Farshad Ghorbanpour, a political analyst with ties to the government, tells the Times.

With no one group commanding an outright majority, it's likely that many key decisions will come down to independent candidates.

That could mean a period of "combative politics in which Rouhani's government is likely to enjoy more support than in the past, but will by no means have a free hand," Reuters reports.

Sanam Vakil, a fellow at Chatham House, tells Reuters that these battles are likely to be "issue by issue." She says she doesn't think the parliament will be "supportive should the president try to push through any social and cultural reform, or any liberalisation that challenges hardliners on social and cultural issues."

As NPR's Peter Kenyon has reported, many Iranians have expected cultural and social issues to remain on the "back burner" – their hope now is that a parliament friendlier to Rouhani will help him push through an agenda of economic reform.