Accessibility links
Detroit 'Sickout': Teachers Close More Than 90 Public Schools In Protest : The Two-Way The public school district says it won't be able to pay employees past June under the current funding plan — even for work already done. A longer-term spending bill is stuck in the state Legislature. 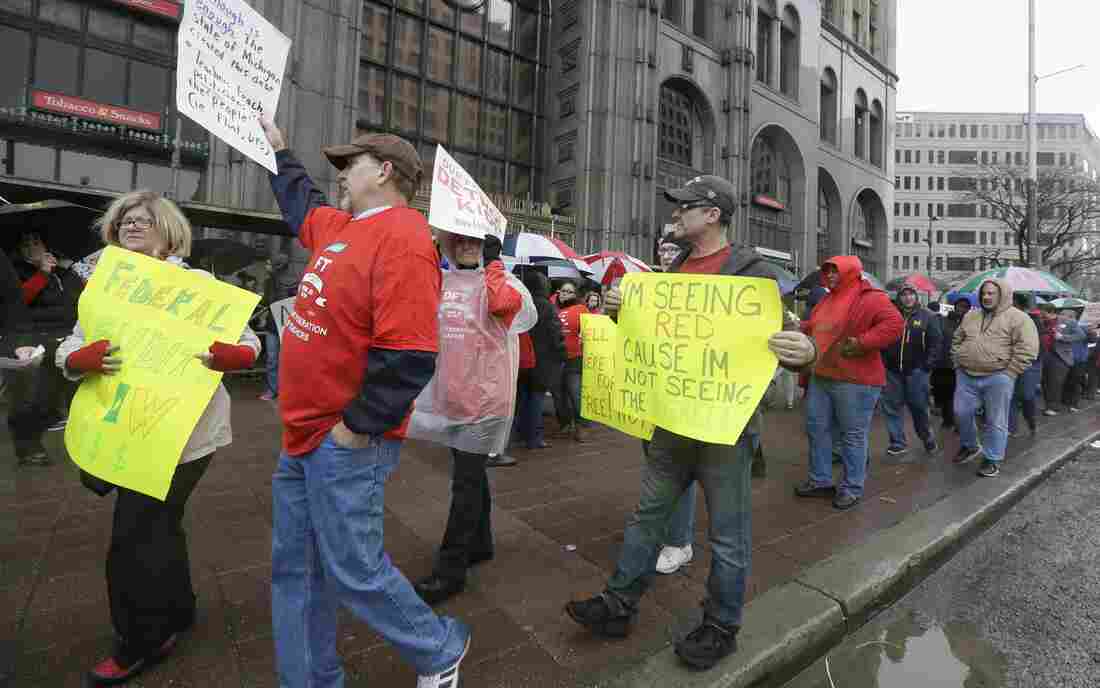 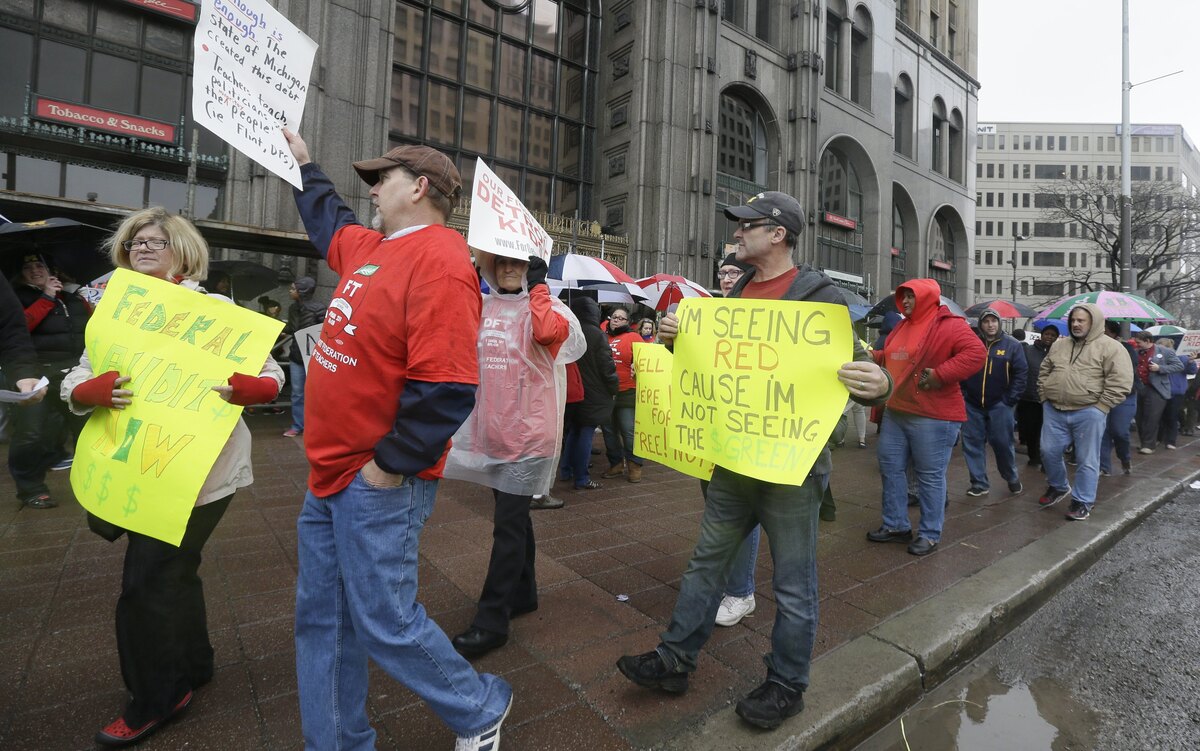 Teachers march outside the district headquarters on Monday in Detroit.

More than 90 Detroit public schools were closed Monday because of a teacher "sickout" over pay.

The public schools will run out of money after June "unless Michigan lawmakers approve hundreds of millions of dollars in long-term aid," Michigan Radio's Sarah Cwiek tells our Newscast unit.

Without that longer-term funding, teachers who spread their paychecks throughout the year would not get paid for work they had already done.

"Detroit Federation of Teachers leader Ivy Bailey says teachers didn't want to take this step, 'But we have to do something. We have to get people's attention, and they have to do the right thing.' "

"Wages that are owed to teachers should be paid. I understand the frustration and anger that our teachers feel. I am, however, confident that the legislature will support the request that will guarantee that teachers will receive the pay that is owed to them."

That legislation — a $720 million restructuring package — passed the state Senate in March and is pending in the House, according to Michigan Radio.

There are 46,000 students in the public school district, the Detroit Free Press reports, and 97 schools — 94 of which were shut down Monday due to the protest.