Solar Airplane Lands In Phoenix After Flight From Silicon Valley

Solar Airplane Lands In Phoenix After Flight From Silicon Valley 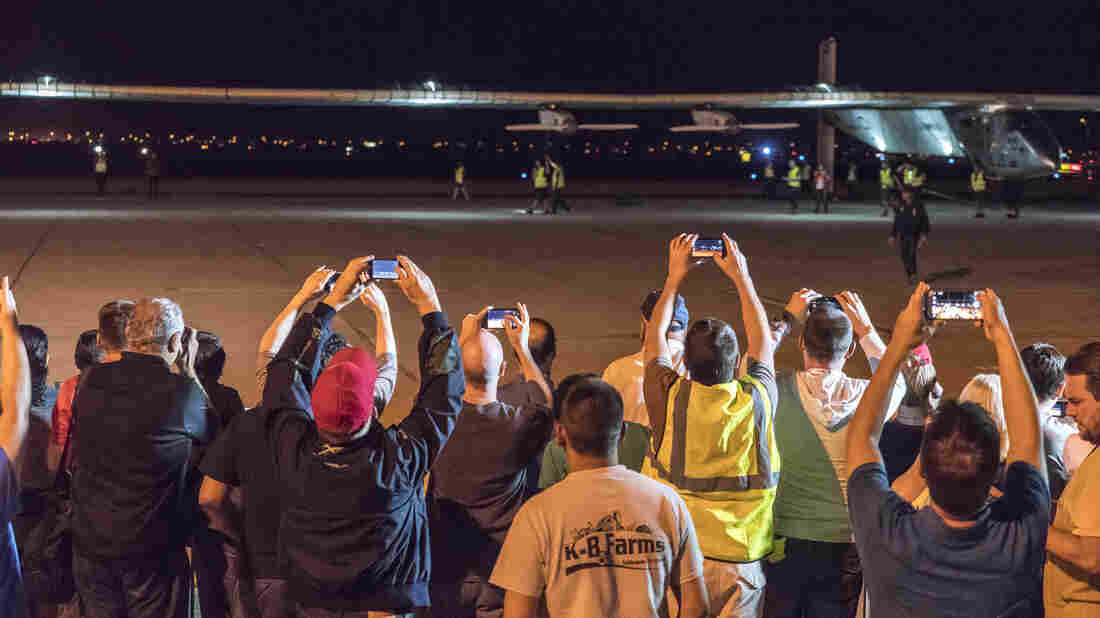 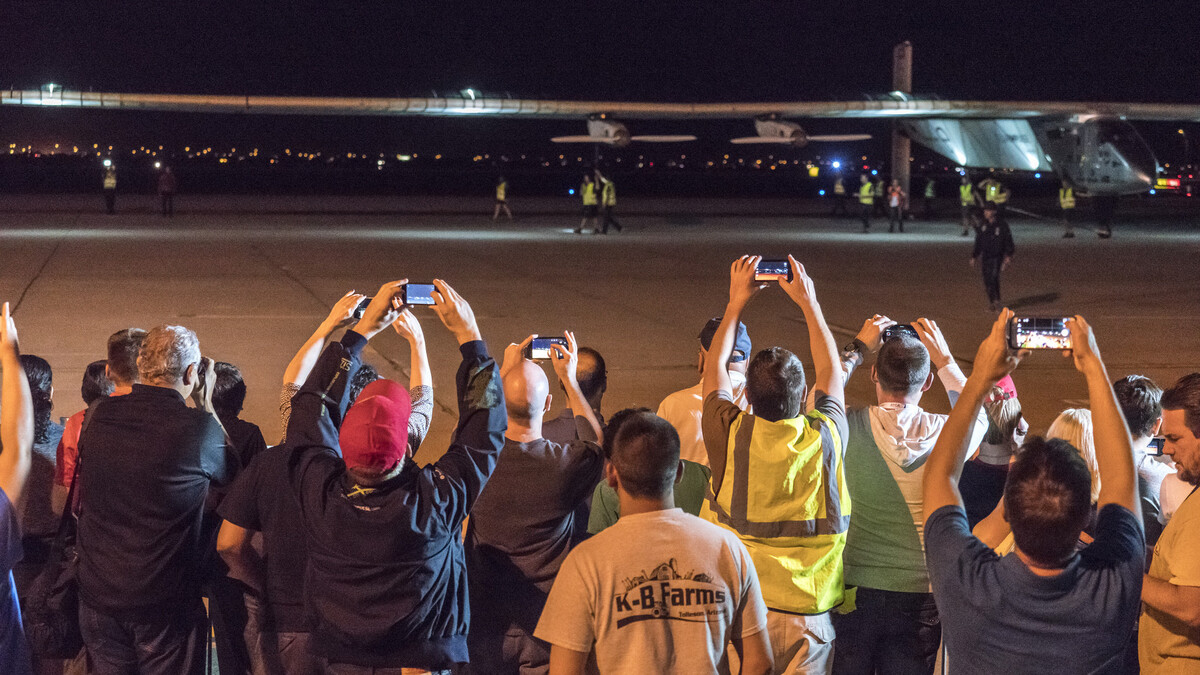 The Solar Impulse 2 landed in the Phoenix area Monday night, welcomed by spectators at Goodyear Airport as the plane's pilots continue their quest to be the world's first solar powered airplane to fly around the Earth.

The 745-mile trip took nearly 16 hours — less time than expected, largely due to powerful tailwinds. The plane reached a maximum altitude of 22,000 feet.

"The average speed of Solar Impulse 2 is 45 mph. But the tailwinds were too strong for some portions of the flight — so to slow down, the pilot had to sometimes turn the plane around and fly into the headwinds, essentially flying backward toward Phoenix. Other than that, the pilot said it was a great and sunny flight over the desert."

Swiss pilot Andre Borschberg was at the controls for the plane's 10th stage of a round-the-world flight. Borschberg alternates flying duties with project founder Bertrand Piccard.

The fuel-free flight project started in March 2015, but it was put on hold in July after the plane's batteries developed problems during a five-day flight from Japan to Hawaii. It resumed its journey last month, completing a three-day trip from Hawaii to Mountain View, Calif.

The Solar Impulse 2 uses energy gathered from 17,000 solar cells on its surface to power itself. The craft weighs roughly 5,000 pounds and has a wingspan of 236 feet — wider than a Boeing 747.

As the Two-Way reported when the plane left Hawaii, the team hopes to end the journey where it began last spring, in Abu Dhabi in the United Arab Emirates.