Accessibility links
Iwo Jima Photo Under Investigation By Marine Corps : The Two-Way Analysis by amateur historians has called into question the identity of some of the men depicted in the iconic World War II image and statue. Now the Marine Corps is taking another look. 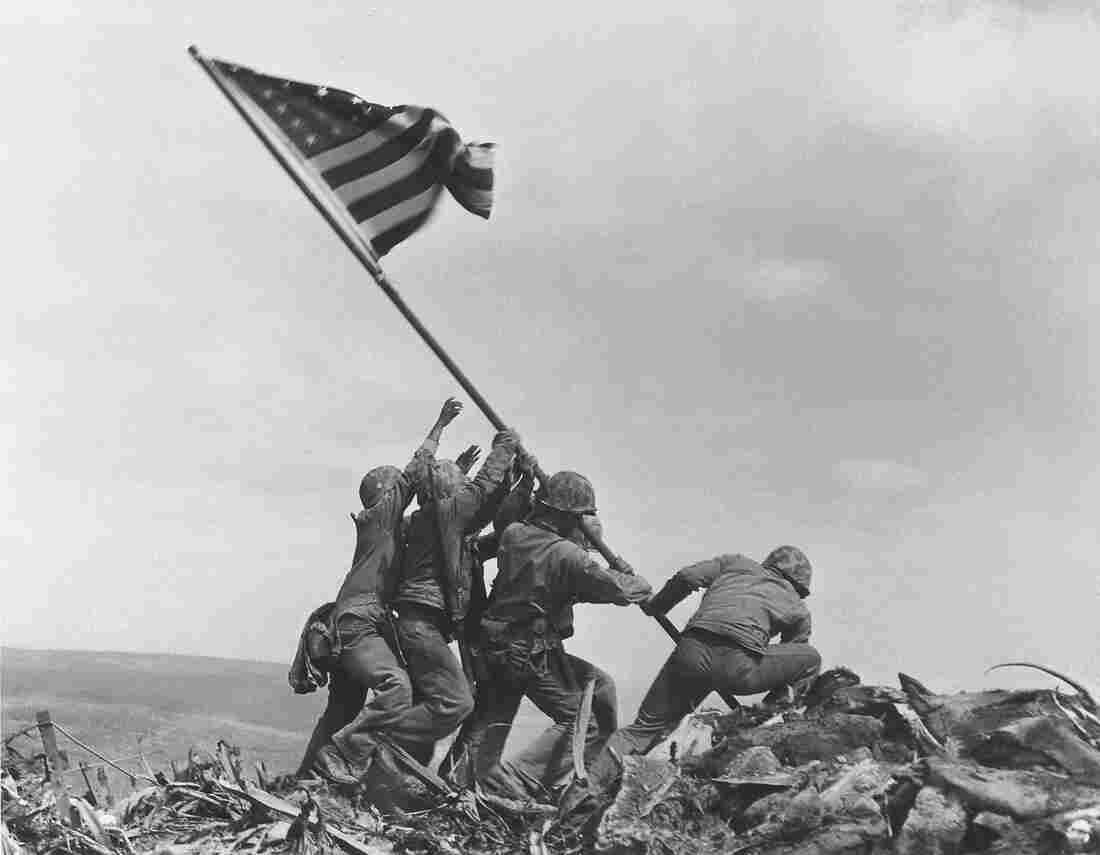 U.S. service members raise the American flag atop Mt. Suribachi in Iwo Jima, Japan, on Feb. 23, 1945. The Marine Corps is investigating whether some of the men in the photo have been misidentified. Joe Rosenthal/AP hide caption 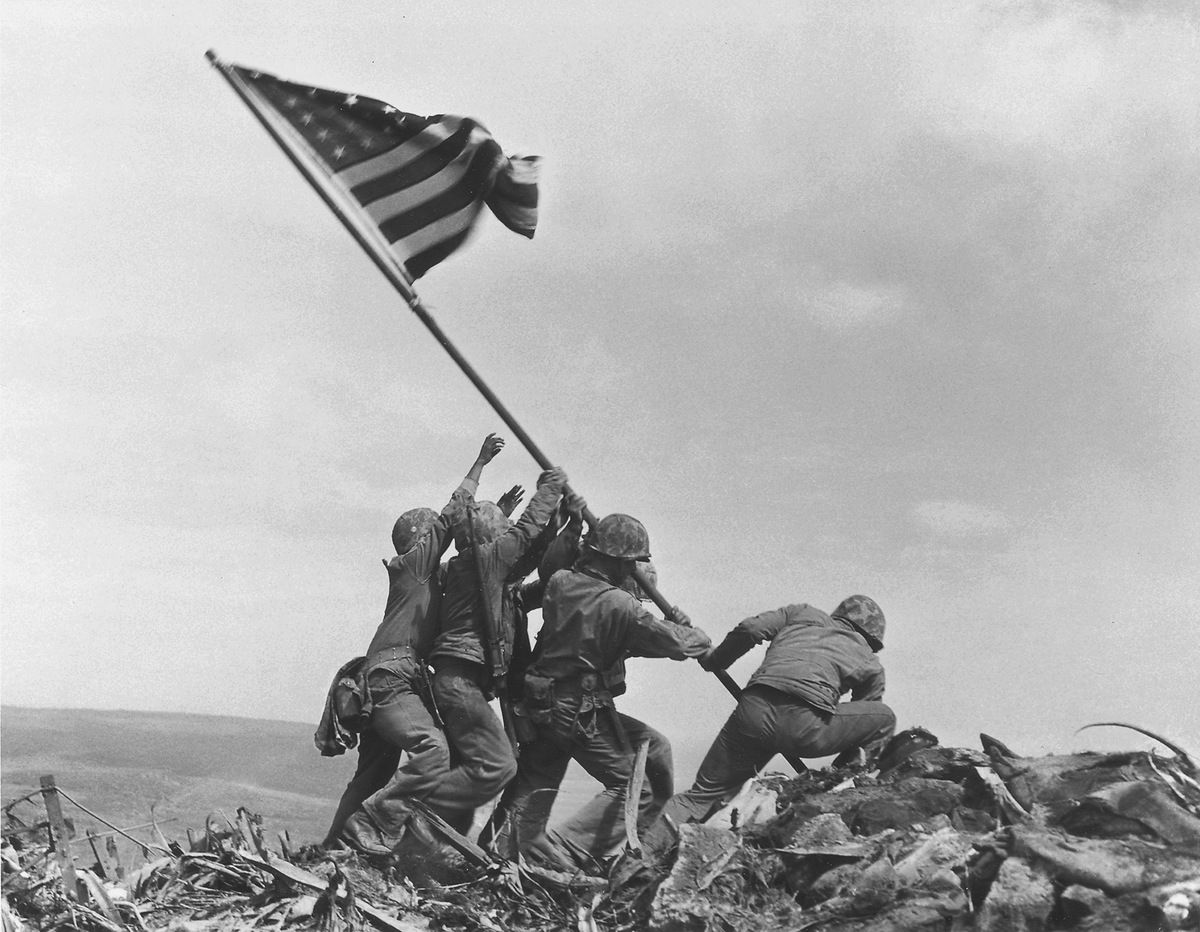 U.S. service members raise the American flag atop Mt. Suribachi in Iwo Jima, Japan, on Feb. 23, 1945. The Marine Corps is investigating whether some of the men in the photo have been misidentified.

The Marine Corps is investigating whether some of the six men in the photo of the 1945 flag-raising in Iwo Jima, Japan, were misidentified after two amateur historians raised questions about the famous image and statue.

The Marine Corps confirmed the review in a statement emailed to NPR. It said:

"The Marine Corps is examining information provided by a private organization related to Joe Rosenthal's Associated Press photograph of the second flag raising on Iwo Jima. Rosenthal's photo captured a single moment in the 36-day battle during which more than 6,500 US servicemen made the ultimate sacrifice for our Nation and it is representative of the more than 70,000 US Marines, Sailors, Soldiers and Coast Guardsmen that took part in the battle. We are humbled by the service and sacrifice of all who fought on Iwo Jima."

The Smithsonian Channel said in a statement Tuesday that, as part of the production for a documentary about the identity of the flag raisers, it has been investigating the photo. Following "months of thorough, scientific analysis," the documentary production team provided the findings to the Marine Corps, the statement said.

It also said: "While the evidence remains confidential, Smithsonian Channel is committed to continued engagement with Marine Corps leadership, and will broadcast all the findings about this fascinating story later this year."

The Feb. 23, 1945, photo actually depicts the second flag-raising of the day. As The Washington Post reports, "The first [flag] was quickly raised, taken down and replaced with the second, larger one."

The Omaha World-Herald, which first published the claim by Stephen Foley and Eric Krelle in 2014, reminds us:

"Since 1947, those flag raisers — John Bradley, Harlon Block, Rene Gagnon, Ira Hayes, Franklin Sousley and Michael Strank — have been undisputed, regarded with the same certainty by Marines and military historians as the rest of us know the flag they are raising is red, white and blue.

"The flag raisers who survived World War II — Bradley, Gagnon and Hayes — became household names in postwar America. All six have been honored in war memorials, statues, postage stamps, songs, and in 'Flags of Our Fathers,' a best-selling book by James Bradley, John Bradley's son, that became a Clint Eastwood-directed movie."

After analyzing clothing, weapons and facial features, Foley and Krelle believe the man identified at Bradley is actually Sousley, the World-Herald says. The man identified as Sousley? That's Pfc. Harold H. Schultz of Detroit, who has not been officially associated with the moment, the historians say.

While three of the men said to be in the photo died on the island, the other three traveled the U.S. to promote the war bond, military news Stars and Stripes has reported. And the image of the flag-raising was used on funding campaign posters.