Accessibility links
'I've Got Your Back,' Obama Tells Residents Of Flint, Mich., Amid Water Crisis : The Two-Way The president told an energetic audience he "will not rest" until the city's water is safe to drink. A federal state of emergency has been declared as a result of lead leaching into Flint's water.

'I've Got Your Back,' Obama Tells Residents Of Flint, Mich., Amid Water Crisis

'I've Got Your Back,' Obama Tells Residents Of Flint, Mich., Amid Water Crisis 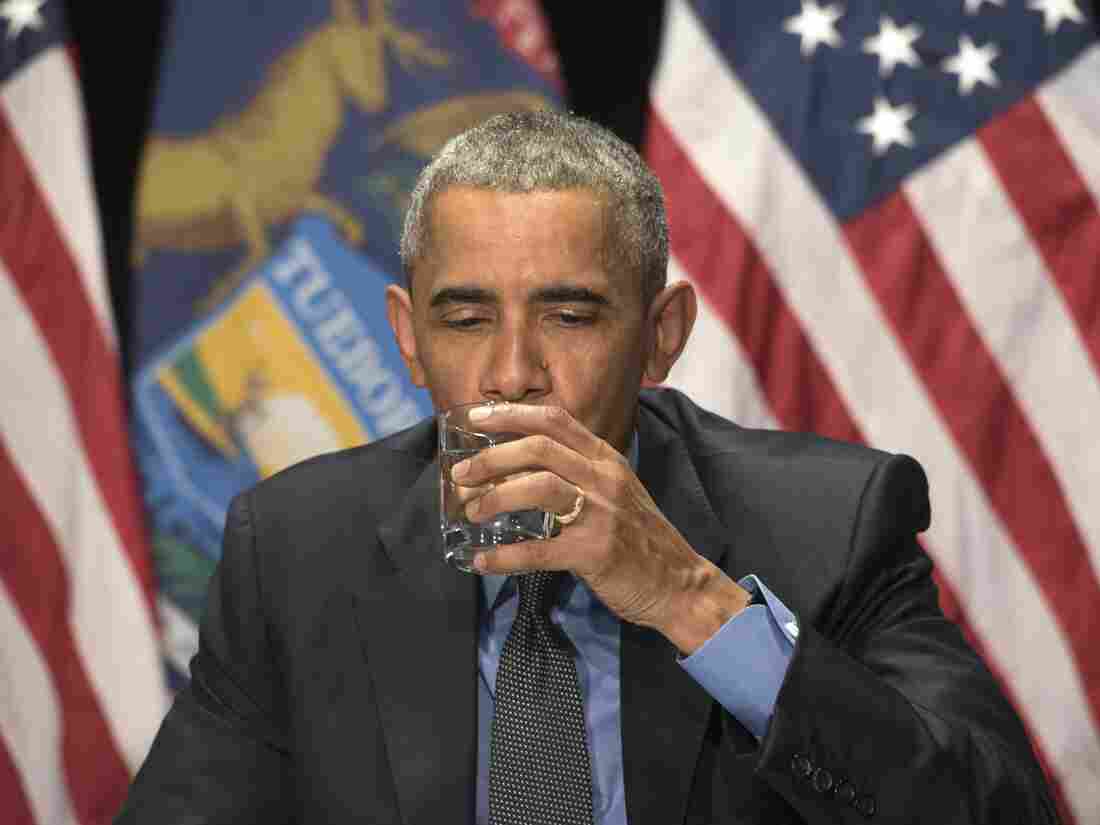 President Obama drinks a glass of filtered Flint water during a meeting with federal officials at the Food Bank of Eastern Michigan in Flint, Mich., on Wednesday. Daniel Mears/AP hide caption 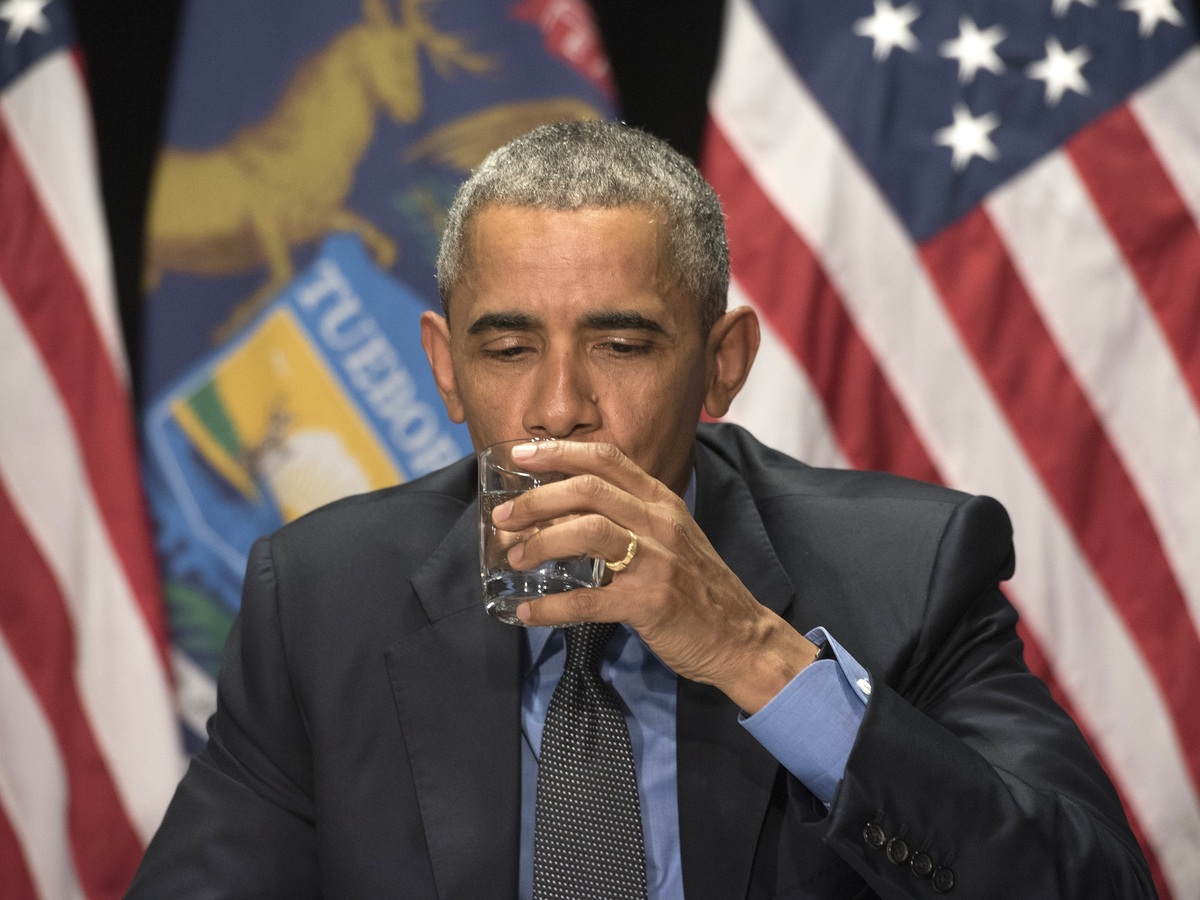 President Obama drinks a glass of filtered Flint water during a meeting with federal officials at the Food Bank of Eastern Michigan in Flint, Mich., on Wednesday.

"I will not rest, and I'm going to make sure that the leaders at every level of government don't rest until every drop of water that flows to your homes is safe to drink, and safe to cook with, and safe to bathe in," President Obama told an energetic audience in Flint, Mich. "Because that's part of the basic responsibilities of a government in the United States of America."

Obama met with community members in the crisis-stricken city, where a federal state of emergency has been declared as a result of lead leaching into the water supply.

He told the crowd at a Flint high school that this was a "man-made disaster," and a result of a "broader mindset":

"I do think that part of what contributed to this crisis was a broader mindset, a bigger attitude, a corrosive attitude that exists in our politics, that exists in too many levels of our government. And it's a mindset that believes that less government is the highest good, no matter what. It's a mindset that says environmental rules designed to keep your water clear, or your air clean, are optional or not that important or unnecessarily burden businesses or taxpayers.

"It's an ideology that undervalues the common good — says 'We're all on our own, and what's in it for me and how do I do well, but I'm not going to invest in what we need as a community.' And as a consequence you end up seeing an under-investment in the things that we all share, that make us safe, that make us whole, that give us the ability to pursue our own individual dreams."

He added: "That attitude is as corrosive to our democracy as the stuff that resulted in lead in your water."

Flint's problems began in 2014 when the city switched to a new water source, the Flint River, in a bid to save money. Corrosion controls were not implemented and as a result, the water caused lead to leach out of the city's pipes. Meanwhile, city and state officials denied for months that the water was unsafe.

The Two-Way has gone into depth about how this crisis unfolded. You can find our step-by-step look here.

As we reported, "high blood lead levels are especially harmful to children and pregnant women, and can cause 'learning disabilities, behavioral problems and mental retardation,' according to the World Health Organization."

But Obama stressed that with the right support and health care, Flint's kids "will be fine." He said, to a standing ovation:

"You should be angry, but channel that anger. You should be hurt, but don't sink into despair. And most of all, do not somehow communicate to our children here in this city that they're going to be saddled with problems for the rest of their lives because they will not. They'll do just fine ... they'll make it as long as we're there for them, and looking after them and doing the right thing for them and giving them the resources that they need. Don't lose hope."

Obama drank filtered water from Flint at least twice during his visit. In his remarks, he emphasized that top scientists say the filtered water is safe to drink for children over 6 and for people who are not pregnant.

As we reported, the president announced last month that he would visit the city in response to a letter from a young resident. An 8-year-old named Mari Copeny wrote to Obama in March asking him to meet her when she visited Washington, D.C.

He didn't respond at the time but later said he would visit Flint, and he commended her for "using your voice to speak out on behalf of the children of Flint."