Accessibility links
Kenya Says It Will Shut Down The World's Largest Refugee Camp : The Two-Way The announcement was condemned by rights groups, saying it puts vulnerable people at risk. "People call this place a refugee camp but me, I call it home," says one camp resident.

Kenya Says It Will Shut Down The World's Largest Refugee Camp

Kenya Says It Will Shut Down The World's Largest Refugee Camp 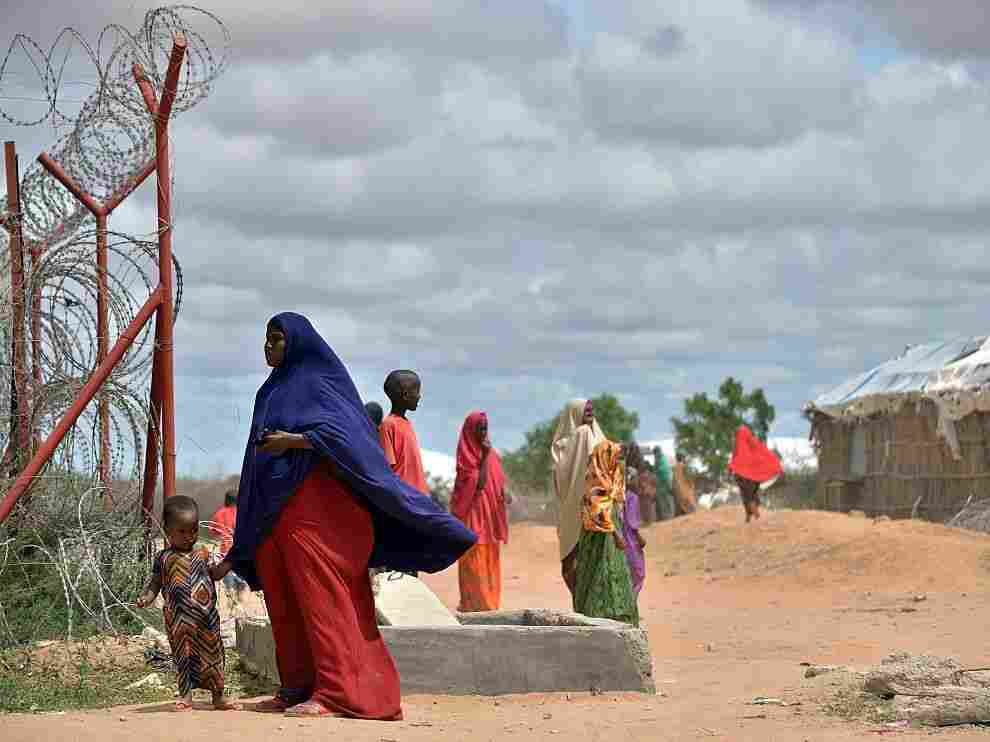 A refugee stands with her son just outside a fenced perimeter at the sprawling Dadaab refugee camp in May 2015. Tony Karumba /AFP/Getty Images hide caption 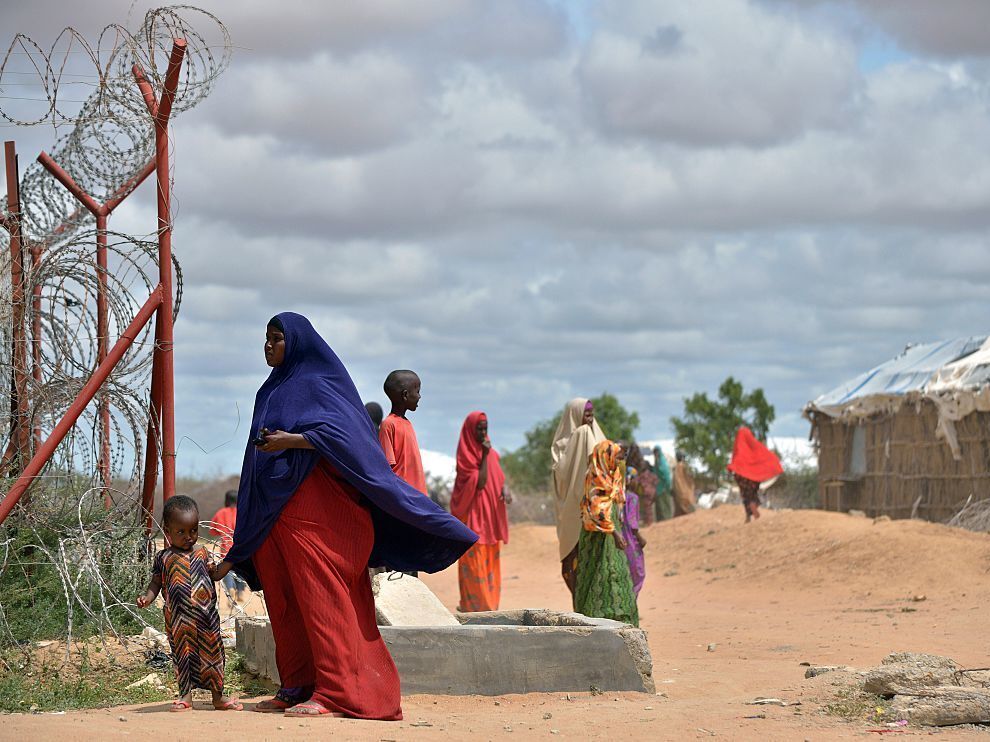 A refugee stands with her son just outside a fenced perimeter at the sprawling Dadaab refugee camp in May 2015.

Kenya says it plans to shut down two refugee camps, including the world's largest, due to security concerns. The announcement was swiftly condemned by human rights groups that say the move puts some of the world's most vulnerable people at risk.

In a statement, the Kenyan government says it is working to expedite the closure of the Dadaab and Kakuma camps. They're home to hundreds of thousands of refugees, the vast majority fleeing violence in neighboring Somalia.

The government has made such threats previously. Last year, it announced it was closing the camps but later "backed down in the face of international pressure," CNN reports.

As NPR's Gregory Warner reported last year, "With every new terrorist attack in Kenya, there's another call to close Dadaab," the world's largest camp. Gregory says "the 23-year-old refugee camp is more like a small city than a tented village. More than 300,000 Somali refugees call it home." 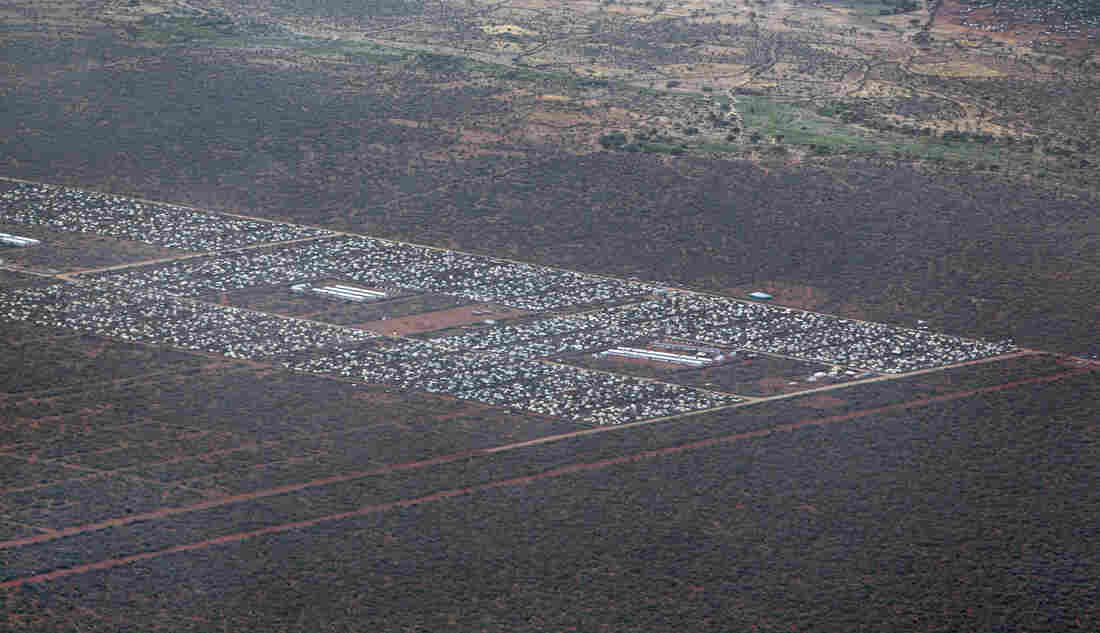 Parts of Dadaab, the world's largest refugee camp, are seen from a helicopter in northern Kenya in 2012. Ben Curtis/AP hide caption

The statement from the Kenyan government on Friday said: "The Government of Kenya has been forced by circumstances to reconsider the whole issue of hosting refugees and the process of repatriation." Here's more:

"Under the circumstances, the Government of the Republic of Kenya, having taken into consideration its national security interests, has decided that hosting of refugees has come to an end.

"The Government of Kenya acknowledges that the decision will have adverse effects on the lives of refugees and therefore the international community must collectively take responsibility on humanitarian needs that will arise out of this action."

It adds that the government has disbanded the Department of Refugee Affairs, which "works with humanitarian organizations looking after the welfare of refugees," according to The Associated Press. It also is in charge of processing refugee registration, Human Rights Watch says.

The statement provided no details about a timeline or where the hundreds of thousands of refugees would go should the camps be closed.

It cited security concerns about the Al-Shabab militant group, which has carried out attacks in the country including the assault on Garissa University last year in the country's northeast that killed 147 students.

However, according to Human Rights Watch, "officials have not provided credible evidence linking Somali refugees to any terrorist attacks in Kenya."

The Two-Way spoke with 23-year-old blogger Nadifa Abdullahi in Dadaab, who hails from Somalia and was born in the camp.

"People call this place a refugee camp but me, I call it home, because this is where I grew up and where I learned everything," she says.

She describes the scene at Dadaab after the news:

"You see when you're walking the streets yesterday and today, it's like people are so sad. And saying to each other, 'Where are we going? When the government of Kenya told us to go, we don't know where to go. What are we going to do?'"

Abdullahi adds that people in the camp are hoping Kenya will continue hosting them: "Please, don't close us down. Don't send us back...We are in their hands."

Rights groups have swiftly condemned Kenya's decision. "This reckless decision by the Kenyan government is an abdication of its duty to protect the vulnerable and will put thousands of lives at risk," Muthoni Wanyeki, Amnesty International's Regional Director for East Africa, the Horn and the Great Lakes, says in a statement.

Wanyeki adds: "It could lead to the involuntary return of thousands of refugees to Somalia and other countries of origin, where their lives may still be in danger. This would be in violation of Kenya's obligations under international law."