Accessibility links
Kim Jong Un Says North Korea Won't Use Nukes Unless Its Sovereignty Is Violated : The Two-Way North Korea's leader was speaking at the country's highest-level political gathering since 1980. This comes after it has conducted a series of provocative weapons tests. 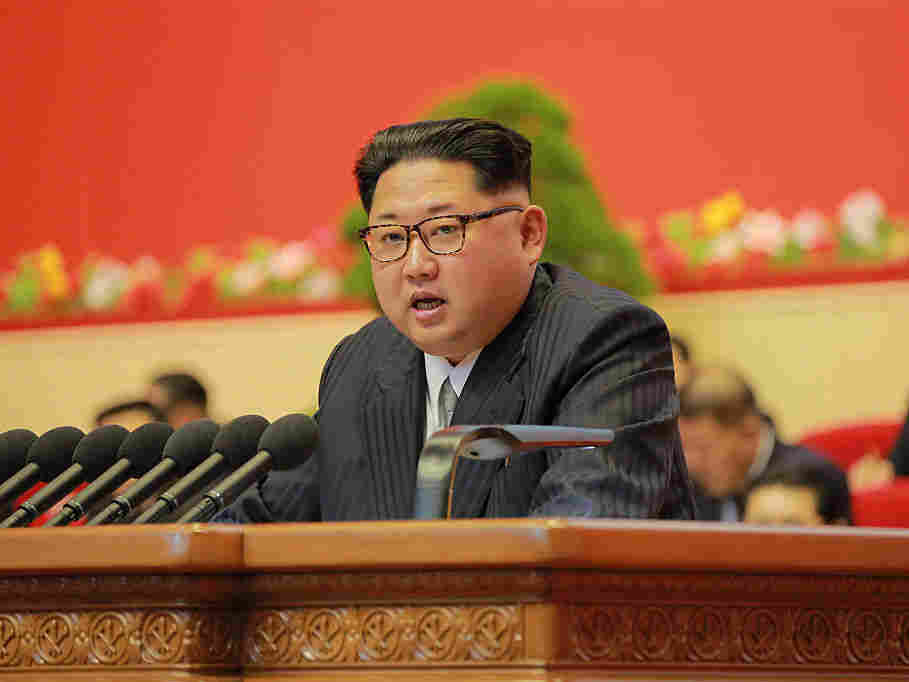 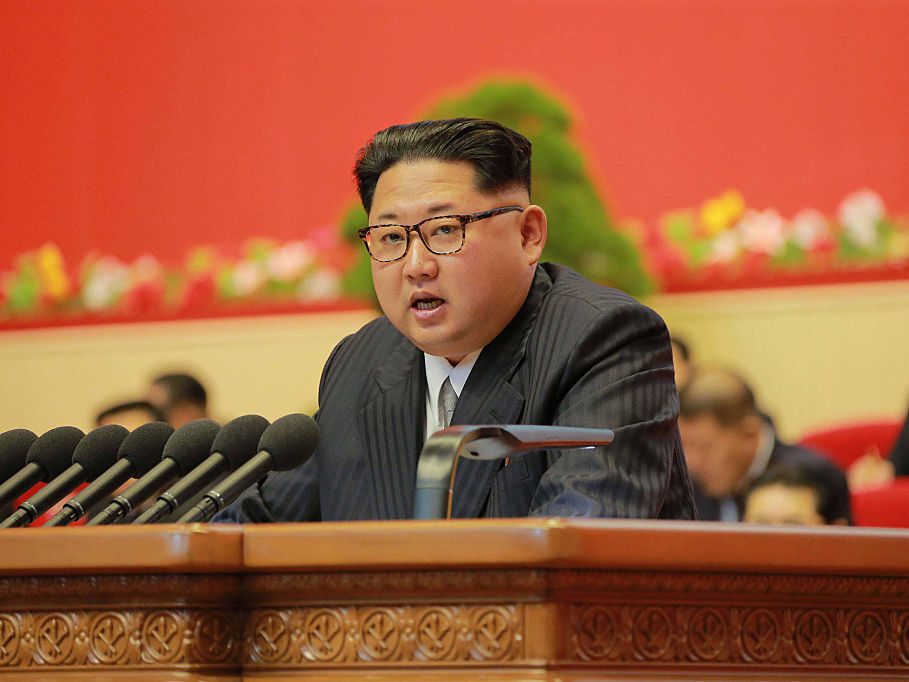 At a rare political event in Pyongyang, North Korea's leader Kim Jong Un told party members that the country would not carry out a nuclear strike unless its sovereignty is violated.

This comes after the country has carried out a series of provocative weapons tests. During his remarks at the Workers Party Conference, Kim vowed to push forward with nuclear development despite international pressure.

NPR's Elise Hu tells our Newscast unit that this is "the highest level political convening in North Korea and the first of its kind since 1980." Here's more from Elise:

"In lengthy remarks, Kim said 'American imperialists' pose a threat and as long as that threat continues, so will the North Korean nuclear program. Kim did say that his country would not use nuclear weapons unless its sovereignty was infringed on. South Korea issued a response, saying the international community does not acknowledge the North as a nuclear nation. And that it will not tolerate North Korea's refusal to give up its nuclear weapons."

According to The New York Times, Kim also said: "We will comply sincerely with our international commitment to nuclear nonproliferation and strive to achieve the denuclearization of the world."

In January, North Korea launched its fourth nuclear weapons test. The U.N. applied new sanctions to the isolated nation in March to try to discourage the country from launching further weapons tests — but they have since continued.

In fact, Kim's remarks about deterrence come even as "movement observed at the country's nuclear site is consisted with preparations for another nuclear test," the BBC reported.

BBC correspondent Stephen Evens explains that major questions surround Kim's pronouncement that the country would not strike unless its sovereignty is violated:

"How, his opponents might ask, does he define the 'encroachment of sovereignty'? Is he saying that a nuclear North Korea would only strike if attacked or might it be something less than that? It is not clear."

Elise has reported that this gathering, which started Friday, is being closely observed "for signs of where he plans to take the reclusive country."

These remarks – reportedly delivered Saturday and published by state media on Sunday – offered some hints about the leader's economic policy.

Kim put forward a five-year plan for the economy, the first such strategy since 1980, The Associated Press reported.

Reuters reports that the plan focused on the energy sector but "was short on detail." However, its existence serves to differentiate Kim from his father, former leader Kim Jong Il.

"In stark contrast to his father, he is publicly taking responsibility for the economy and development as the originator of the policy. His father never undertook that responsibility," North Korea expert Michael Madden told Reuters.

Kim has repeatedly stressed the linkages between the country's nuclear and economic strategies. As The New York Times reported, "The byungjin — or "parallel advance" — policy calls for stockpiling nuclear weapons in the belief that the deterrent would allow the country to focus on economic recovery."

According to AP, many analysts say North Korea's byungjin policy is "unlikely to succeed" because it has resulted in sanctions "that keep its economy from growing."