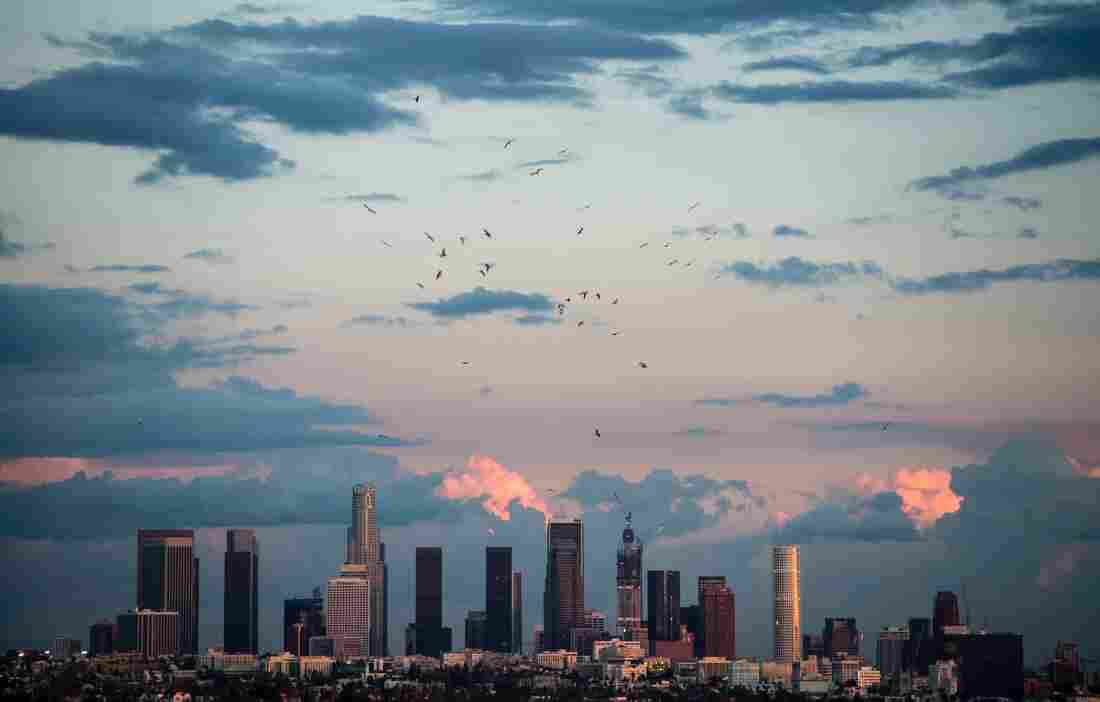 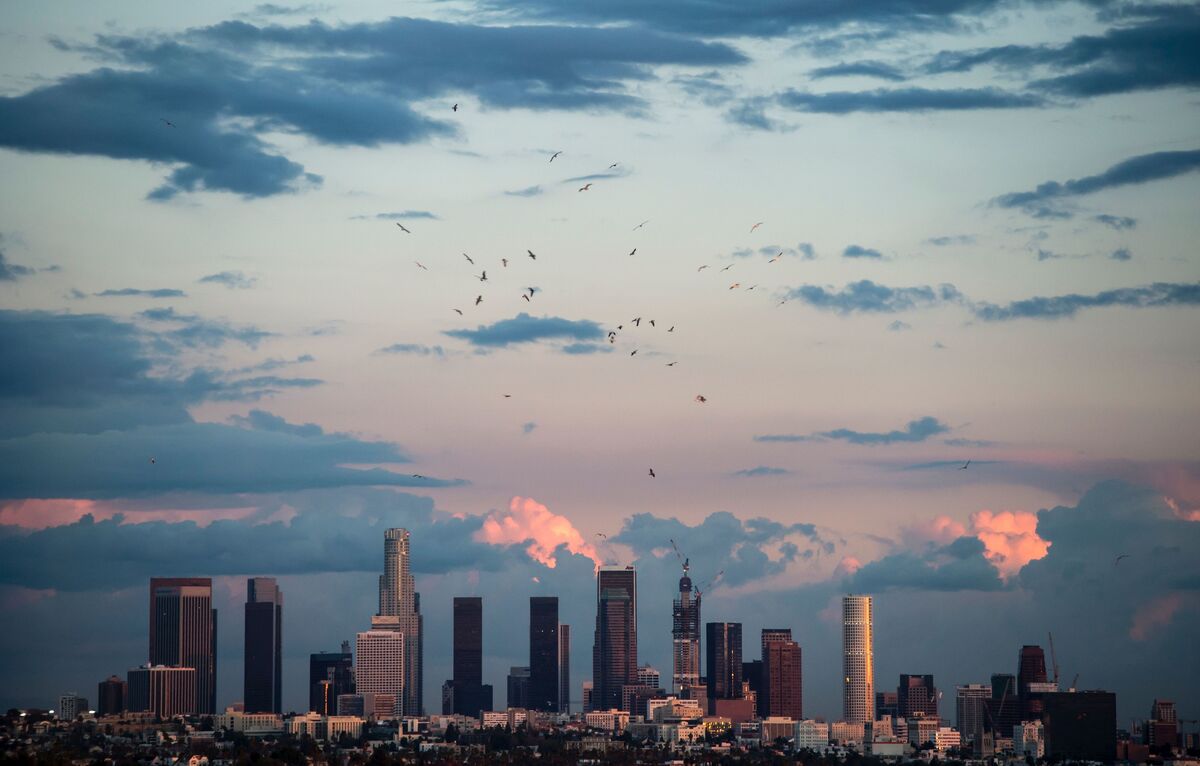 A view of downtown Los Angeles as seen from Hollywood in November 2015. California faces permanent water restrictions, ordered Monday by Gov. Jerry Brown, in its fifth year of drought.

California Gov. Jerry Brown has made some of the state's temporary water restrictions permanent. The executive order, in response to the state's drought, permanently bans wasteful practices like hosing sidewalks and washing cars with hoses that don't have shut-off nozzles.

"Californians stepped up during this drought and saved more water than ever before," Brown said in a statement. "But now we know that drought is becoming a regular occurrence and water conservation must be a part of our everyday life."

NPR's Kirk Siegler reports that the order does allow some districts to loosen water restrictions and "it generally gives water districts more local control to set their own conservation targets." But Felicia Marcus, chairwoman of the State Water Resources Control Board, told reporters, "This is not a time to start using water like it's 1999; we need to keep conserving all we can, whenever we can."

The State Water Board still needs to formally finalize the regulations, which it is expected to do next week, Kirk says.

Nearly 90 percent of the state "remains in moderate drought or worse," despite extra water and snowfall in Northern California this winter, The Associated Press reports. "Southern California overall is heading deeper into, not out of, the fifth year of drought, the government's U.S. Drought Monitor said last week."

The general manager of the South California water district said in a statement Monday that the governor's order "is completely consistent with conservation objectives for Southern California."

The state approved unprecedented water restrictions in May 2015, as The Two-Way reported, after voluntary conservation efforts didn't cut it.