Accessibility links
'Window Into The Future': Scientists Document Disappearing Islands : The Two-Way Five small islands in the Pacific were swallowed up by the sea, which is rising partly because of climate change. The islands were not inhabited but some islands that are could face the same fate. 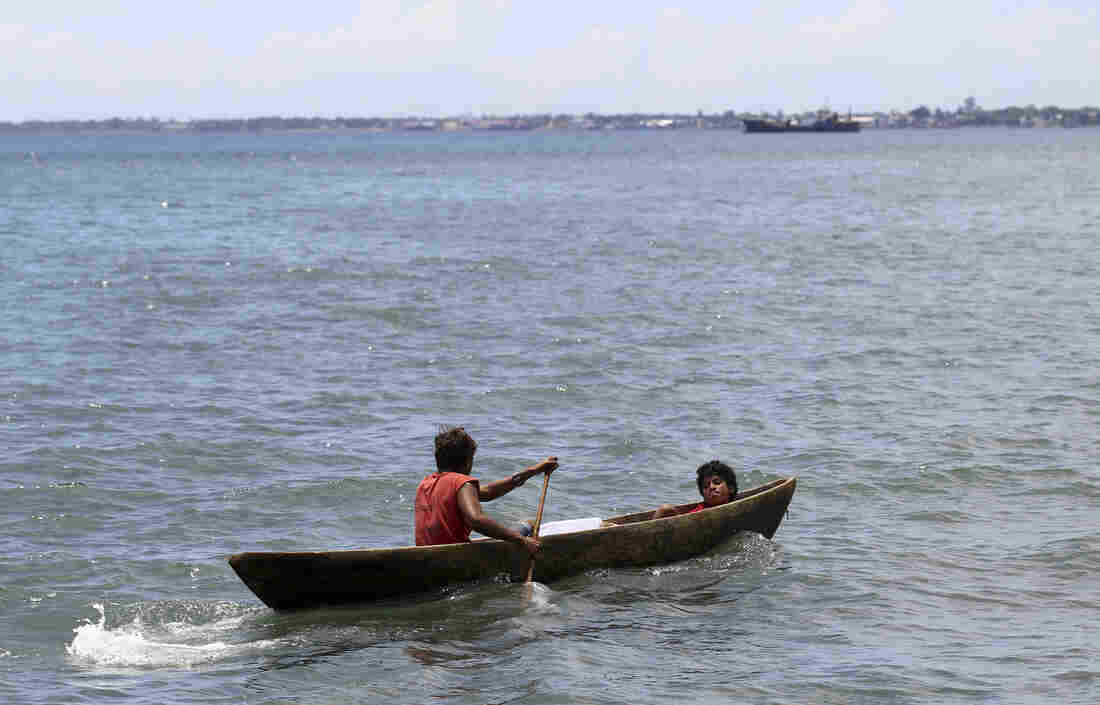 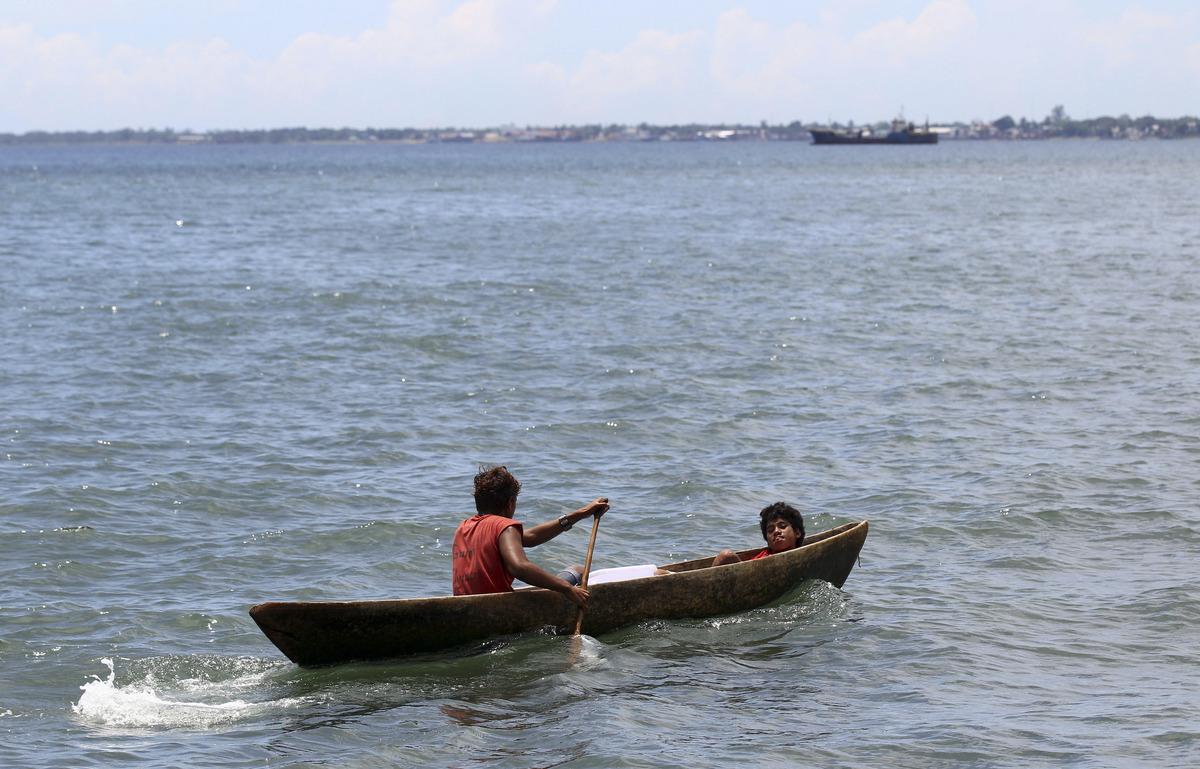 Two young men ride in a dug out canoe just off shore in Honiara, Solomon Islands, in 2012.

In what is being billed as a "window into the future impacts of global sea-level rise," scientists have documented how the ocean swallowed up five small islands that were part of the Solomon Islands archipelago northeast of Australia.

Writing in the Environmental Research Letters, the researchers say this is the first scientific account of how climate change is affecting coastlines in the Solomons.

Update on Wednesday May 11:

In an interview with The Guardian, one of the study's lead authors said that while climate change was a big factor, another big factor is that trade winds have been stronger than usual.

The Guardian reports that those winds have been driven in part by global warming, but also by the cyclical "Pacific Decadal Oscillation."

The six Australian scientists combined satellite images and interviews with locals to examine 33 islands. They found that during a period from 1947 to 2013, five vegetated reef islands had disappeared and six other islands had severe shoreline recession. Two villages have been destroyed and Taro Island, which is inhabited, is likely to become "the first provincial capital globally to relocate residents and services due to the threat of sea-level rise."

"'The human element of this is alarming. Working alongside people on the frontline who have lost their family home — that they've had for four to five generations — it's quite alarming,' the study's lead author, Simon Albert of the University of Queensland, told CNN.

"... The Solomon Islands are a sparsely populated archipelago of more than 900 islands that lie east of Papua New Guinea, and as low-lying islands are particularly vulnerable to sea-level rises."

"In March, James Hansen, a NASA scientist who is extremely influential in the study of climate change, estimated that seas could rise by seven meters in the coming century, a figure that would likely decimate coastal communities, if proved accurate.

Losing Ground, a report issued by the nonprofit news organization ProPublica in 2014, demonstrated that large swaths of the Louisiana coastline are being lost to rising sea levels ... South Florida, the Carolinas, and the Jersey Shore are also in danger of losing land due to sea level rise, according to an interactive map created by Climate Central, an organization of scientists."

Discovery reports that in the Pacific, the rise has been "in the 3 to 5 millimeters per year range."