Accessibility links
NASA Spots 1,284 New Planets, Including 9 That Are 'Potentially Habitable' : The Two-Way Of the more than 1,200 planets in the latest trove turned up by NASA's Kepler Space Telescope, about half seem to be rocky, like Earth. 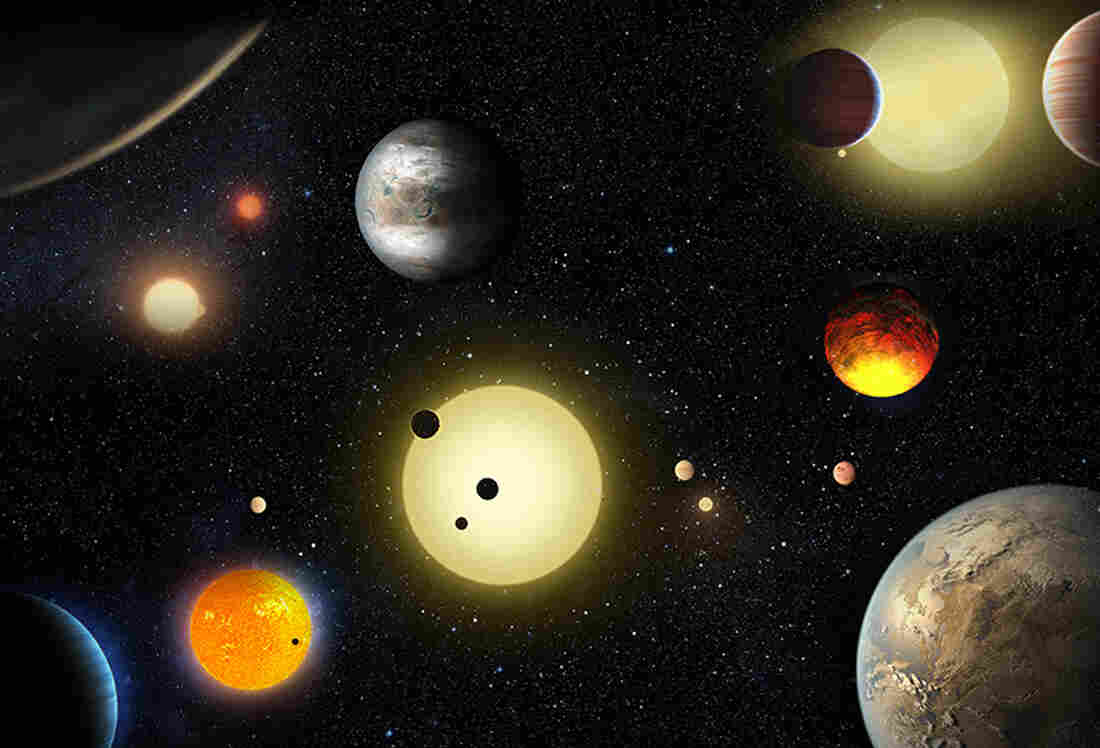 This artist's concept depicts some of the planetary discoveries made by NASA's Kepler Space Telescope. Tuesday's announcement more than doubles the number of verified planets discovered by the Kepler mission. W. Stenzel/NASA hide caption 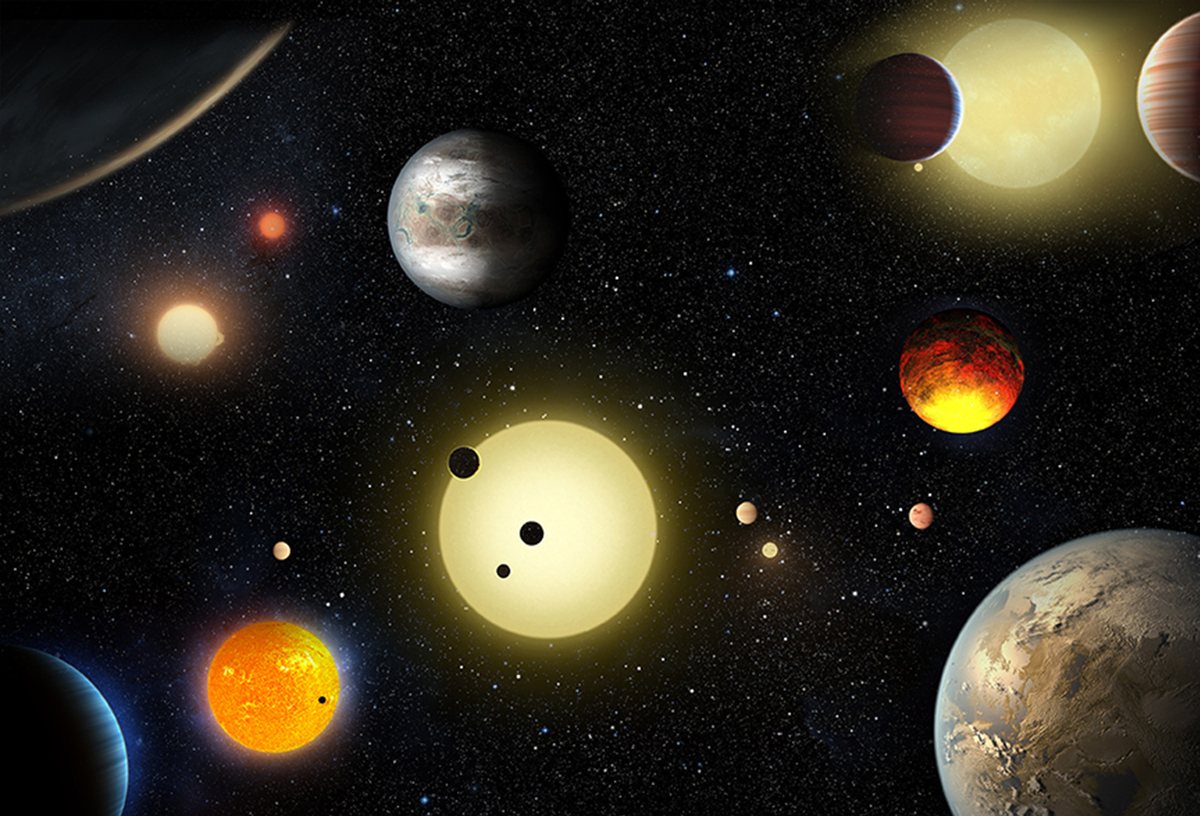 This artist's concept depicts some of the planetary discoveries made by NASA's Kepler Space Telescope. Tuesday's announcement more than doubles the number of verified planets discovered by the Kepler mission.

NASA announced Tuesday the discovery of an unprecedented number of planets beyond our solar system — astronomers have confirmed the existence of 1,284 new worlds orbiting distant stars.

These planets beyond our solar system — exoplanets — were discovered with the help of NASA's Kepler Space Telescope, which launched in 2009.

Kepler was designed to search for planets by staring for years at over 100,000 stars. Whenever a planet passed in front of a star and blocked some of its light, Kepler would see a telltale dimming of the starlight.

But to make sure that dimming really was caused by a planet, scientists would have to do follow-up observations with other telescopes.

"The process of verifying a candidate as a true planet has traditionally involved detailed, in-depth study on a case-by-case basis," says Timothy Morton, a researcher at Princeton University. Trouble is, that takes time and a lot of effort.

So Morton developed a new, automated technique that let him quantify the probability that a Kepler signal was really a planet — without having to do those cumbersome follow-up observations.

Now he and his colleagues have published evidence, in the current issue of The Astrophysical Journal, showing that a slew of Kepler's observations have more than a 99 percent probability of being real planets.

"This is the most exoplanets that have ever been announced at one time," says Morton. And it more than doubles the number of verified planets discovered by the Kepler telescope.

Based on size, nearly 550 could be rocky planets like Earth. And nine of them orbit in their star's "Goldilocks Zone" — the region around a star that's not too hot or too cold for liquid water — and maybe even life. Previously, the Kepler team had known of only a dozen such planets.

Along with the 1,284 newly verified planets, Morton's analysis shows that an additional 1,327 candidates spotted by Kepler are more likely to be planets than not — but they need more study for confirmation.

Natalie Batalha, the Kepler mission scientist at NASA's Ames Research Center, says the space telescope is giving researchers a real sense of what kind of planets are out there.

"You're talking about tens of billions of potentially habitable, Earth-size planets out there in the galaxy," she says.

Next year, NASA plans to launch another space telescope called TESS. It will be similar to Kepler but will search the entire sky to find Earth-like planets around closer, brighter stars. Astronomers should have an easier time studying those planets to learn more about what they're like and whether they might be right for life.