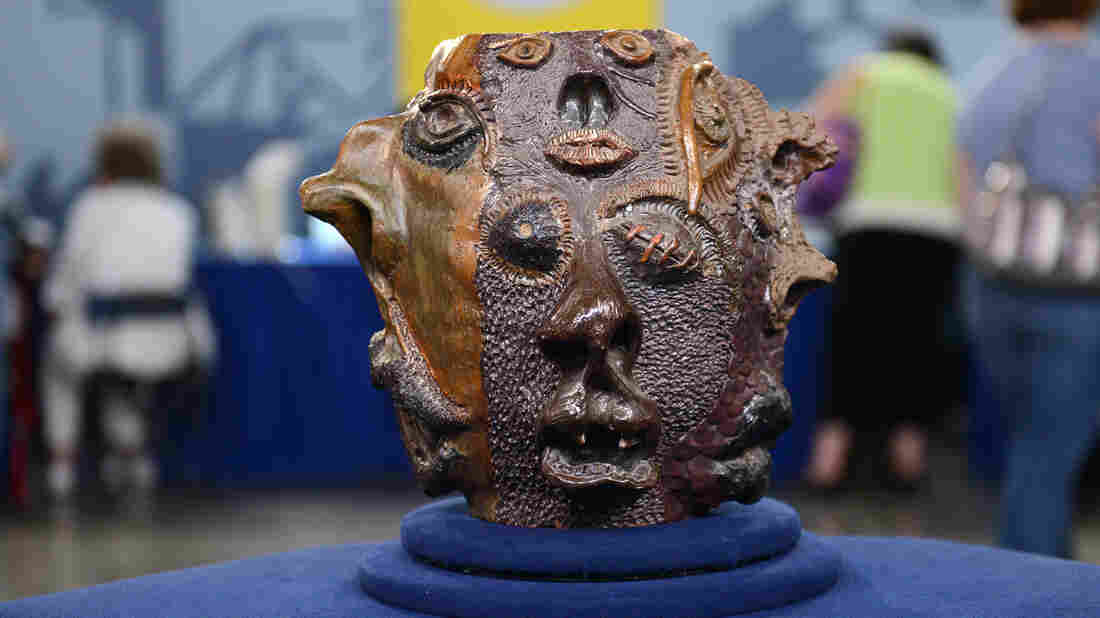 "The potter has used an impressive array of techniques to come up with this extraordinary texture," an Antiques Roadshow appraiser said of this piece — which turned out to be a high school art project. Courtesy of Antiques Roadshow/PBS hide caption 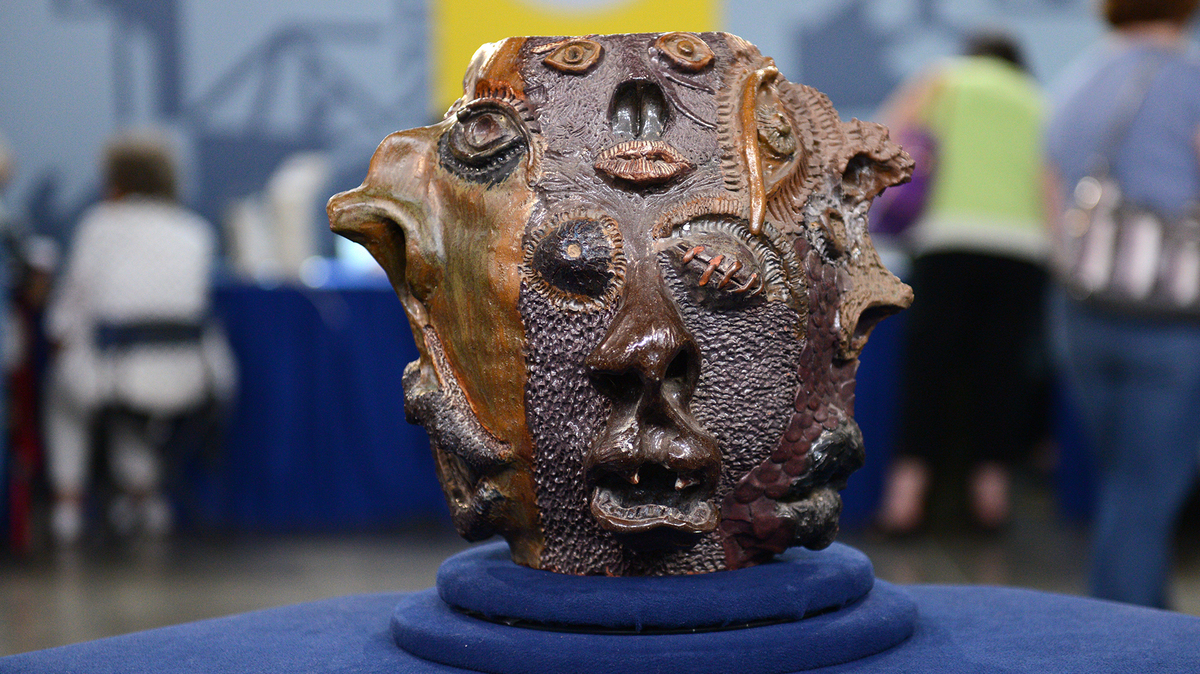 "The potter has used an impressive array of techniques to come up with this extraordinary texture," an Antiques Roadshow appraiser said of this piece — which turned out to be a high school art project.

It was the Antiques Roadshow dream: You show up with your weird-looking jug and explain that you paid $300 for it at an estate sale in Oregon. Then the expert announces ...

"It's bizarre and wonderful. You even see a little bit of, like, Pablo Picasso going on here. It's a little difficult to identify precisely when this was made, but I think it's probably late 19th or early 20th century. ...

"Probably its origin — it's coast of the United States, maybe Middle Atlantic states headed southward. Estimating its value is a little difficult. I think in a retail setting, somebody might well ask in the area of between $30,000 and $50,000 for this."

The owner, astonished, said, "What!?"

Which, as it turns out, was the right reaction. The "Grotesque Face Jug" wasn't a 100-year-old artifact, but the work of a creative high school student circa 1973.

The Antiques Roadshow episode aired in January, and PBS released a correction note in February. (The story comes to our attention now thanks to The Washington Post and the CBC.)

A viewer recognized the jug as the work of one of her friends — Betsy Soule. Soule verified that, indeed, it was her student handiwork.

The new information led appraiser Stephen Fletcher to "reconsider" his evaluation of the jug, PBS notes. Fletcher maintained the jug "was modeled or sculpted with considerable imagination, virtuosity and technical competence."

"This mysterious piece was reportedly found at an estate sale, covered with dust, straw, and chicken droppings, and purchased for $300," Fletcher said. "As far as its age is concerned, I was fooled, as were some of my colleagues.

"The techniques of making pottery, in many ways, haven't changed for centuries," he added. "Obviously, I was mistaken as to its age by 60 to 80 years. I feel the value at auction, based on its quality and artistic merit, is in the $3,000-$5,000 range. Still not bad for a high-schooler in Oregon."

For his part, the owner of the jug, Alvin Barr, says he is glad to hear the item isn't quite so valuable. He told The Bend Bulletin that he packed it away for safekeeping when he thought it was worth $50,000.

As for Soule, a horse trainer who doesn't do much sculpting these days? She thinks even $300 was too much to pay for the piece. And if it had been in her hands --

"If I'd known he was that fond of it I probably would've just given it to him," she told the CBC's "As It Happens."