Accessibility links
Pew Research Center Study: Middle-Income Families Slipping Away In 9 Out Of 10 Metro Areas : The Two-Way A new study by the Pew Research Center shows the share of middle-income households is shrinking. That's because more households are moving into the upper class, while others are sinking lower. 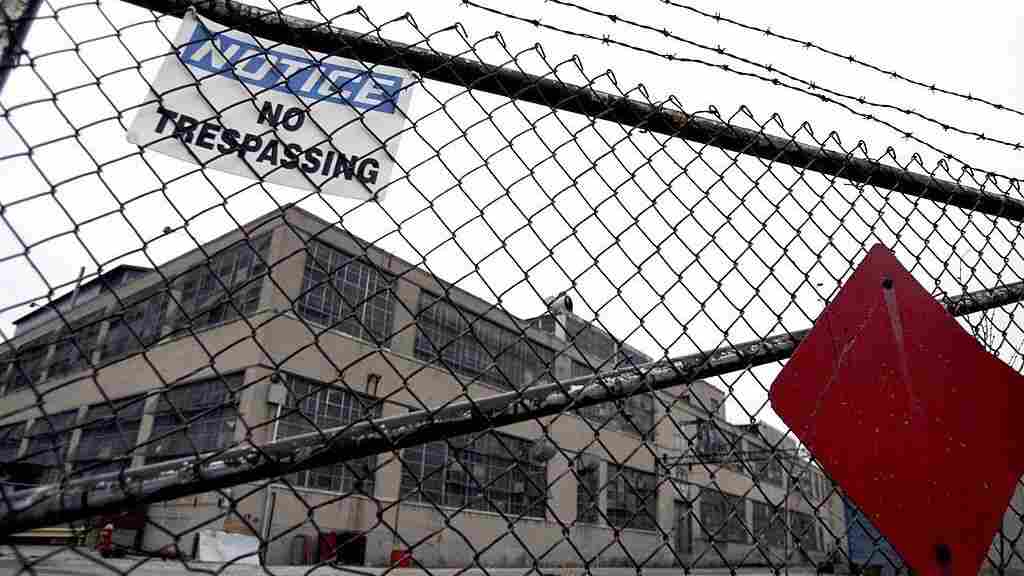 Factories have been closing in southwest Ohio for years. This Delphi factory in Dayton shut down in 2006. Economists say that to a large degree, the decline in middle incomes reflects the loss of factory jobs. J.D. Pooley/Getty Images hide caption 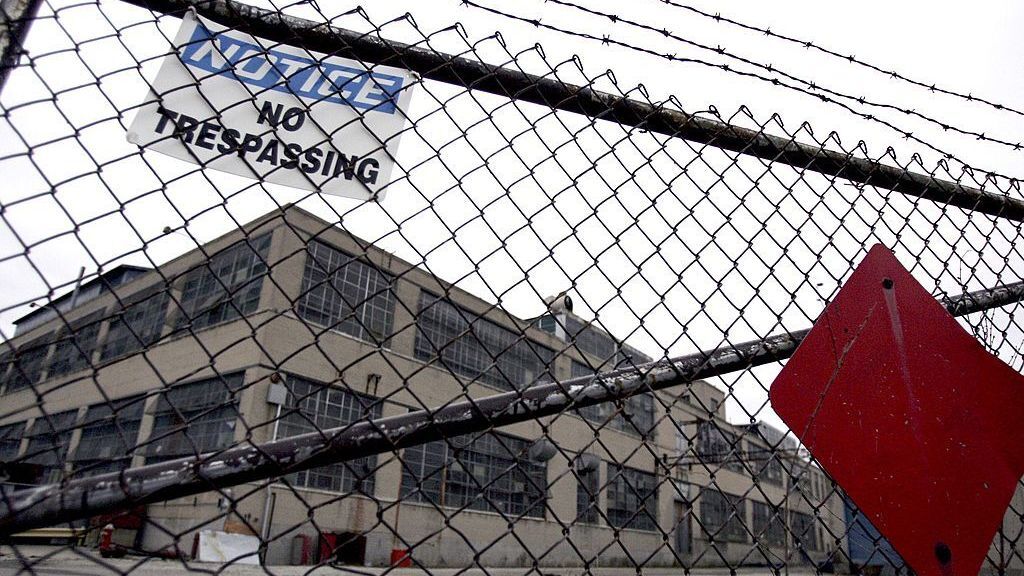 Factories have been closing in southwest Ohio for years. This Delphi factory in Dayton shut down in 2006. Economists say that to a large degree, the decline in middle incomes reflects the loss of factory jobs.

Studies have been showing for years that this country's middle class is shrinking.

Now, the nonpartisan Pew Research Center has added another dimension to the story: Its examination of government data shows the problem is not confined to the Rust Belt or Appalachia.

In fact, the middle is shrinking from coast to coast.

Middle-class families are "losing ground in the vast majority of metropolitan areas in the country," with 203 out of 229 U.S. metropolitan areas seeing a decline in middle-income households from 2000 to 2014, the Pew study said. About 3 out of 4 Americans live in those 229 metro areas.

Here's an important point: The change is not just a consequence of people getting poorer.

With so many people either moving up — or down — the middle has been getting whittled away. In general, economists say the trends reflect the loss of well-paying factory jobs and the growth of high-paying positions for college graduates.

The study singles out Springfield, Ohio, as an example of a town that has been losing its middle class because of the erosion of factory jobs, not because of a surge in college degrees.

The shutdown of factories "definitely has been hard on everyone here" in the southwestern Ohio town, said Josh Rider, co-owner of Kid Enterprises, a small business.

Rider's company provides coffee services to factories and offices in the Springfield area. As plants have closed, his coffee business has felt it. "For me personally — I've been through it," he said in a phone conversation. "But at this point, people have gotten used to it now, so it's normal" to have less income, he said.

He doesn't expect the lost blue-collar jobs to return. And he sees better educated and higher skilled Ohioans doing well while others fall behind. "You either have money or you don't," Rider said.

Pew defines middle-income households as those having three people and an annual income between about $42,000 to $125,000, adjusted for the cost of living in a metro area and the number of household members.

While the loss of manufacturing jobs has hurt Springfield, the cities with the largest middle classes remain located in the upper Midwest. So many cities in Wisconsin and Indiana, which still have many manufacturing jobs, are hanging on to their middle-income households.

The cities with high concentrations of low-income households tend to be located in the Southwest along the border with Mexico, and in the South, where furniture and textile jobs have disappeared.

Metro areas with lots of upper-income households are more likely to be located in the Northeast — from Boston to Washington, D.C. — or along the West Coast.