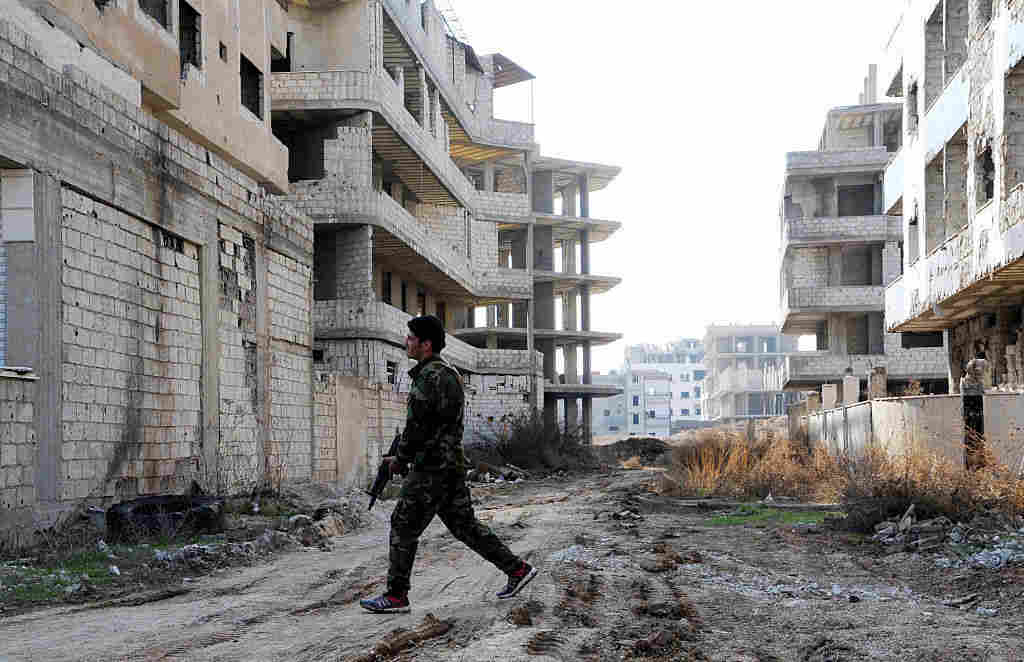 A Syrian soldier walks on a ravaged street in Daraya, a besieged suburb of Syria's capital, in February. Xinhua News Agency via Getty hide caption 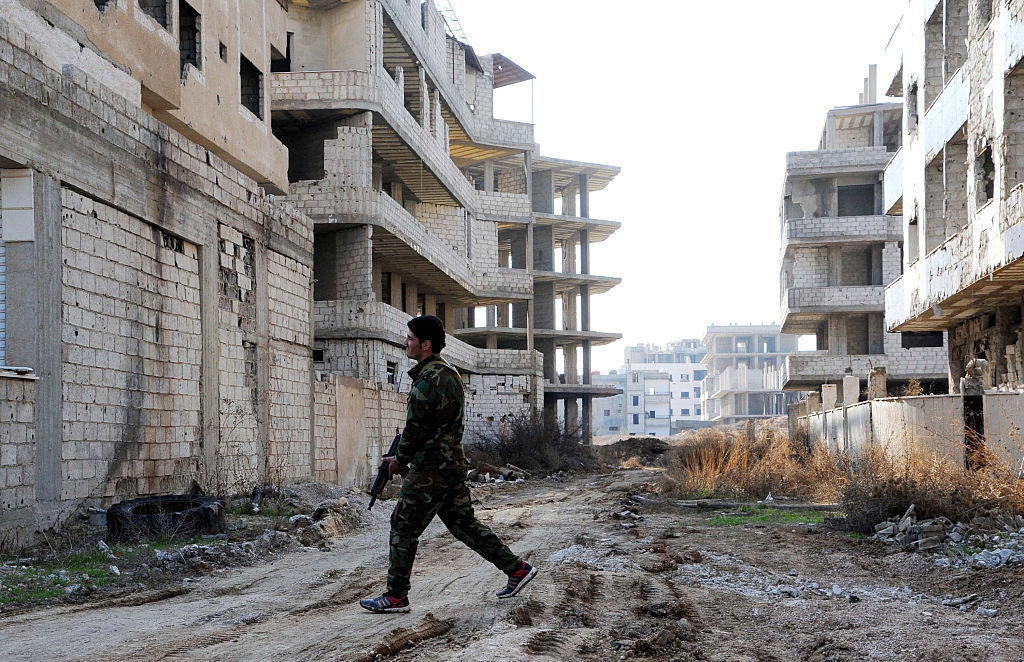 A Syrian soldier walks on a ravaged street in Daraya, a besieged suburb of Syria's capital, in February.

The International Committee of the Red Cross and the United Nations said in a joint statement that the convoy was refused entry "at the last government checkpoint, despite having obtained prior clearance by all parties that it could proceed."

The U.N. later released a statement saying that the mission was aborted "because the convoy was refused entry, due to the medical and nutritional supplies on board." It called the conditions imposed by government security personnel "unacceptable" and "contrary to earlier guarantees and approvals obtained by the Syrian government."

Daraya is "probably the place in Syria where the greatest unmet needs exist," Jan Egeland, special adviser to the U.N. special envoy for Syria, told reporters before the convoy was turned back.

NPR's Alison Meuse tells our Newscast unit that the convoy would have been "the first since Daraya fell under siege in November 2012." She says authorities only approved limited items, "including vaccines and baby formula." Here's more from Alison:

"An activist on the ground says regime forces shelled the area where people had gathered to wait for the aid, killing a man and his grown son. Footage purports to show the mangled bodies being carried away against a backdrop of absolute destruction."

The Red Cross continues to push for access. "Communities in Daraya are in need of everything, and it's tragic that even the basics we were bringing today are being delayed unnecessarily. We must be able to provide aid impartially and safely," Marianne Gasser, head of the ICRC in Syria, said in a statement.

She adds: "There must be minimum conditions for independent humanitarian action in Syria. Today those conditions were not met. We urge the responsible parties to grant us this access immediately."

As we have reported, multiple parties to the conflict in Syria are using siege tactics as a weapon of war.