Accessibility links
Selfie With Statue In Portugal Doesn't End Well : The Two-Way A man tried to climb up on a statue at Lisbon's Rossio train station for a picture, causing the figure of King Sebastian to fall and shatter. The national monument was more than 120 years old. 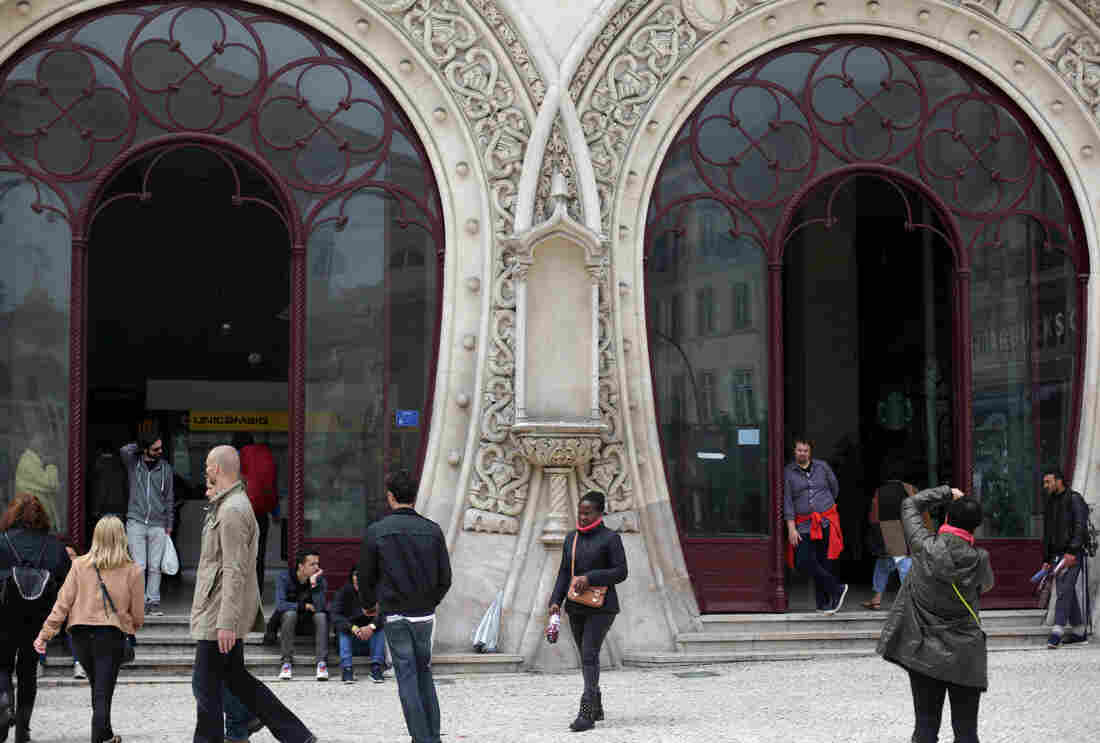 A woman takes pictures by the front doors of Lisbon's Rossio train station on Thursday. A statue of 16th century King Sebastian, around 3-feet tall, stood in the now empty niche between the doors. Armando Franca/AP hide caption 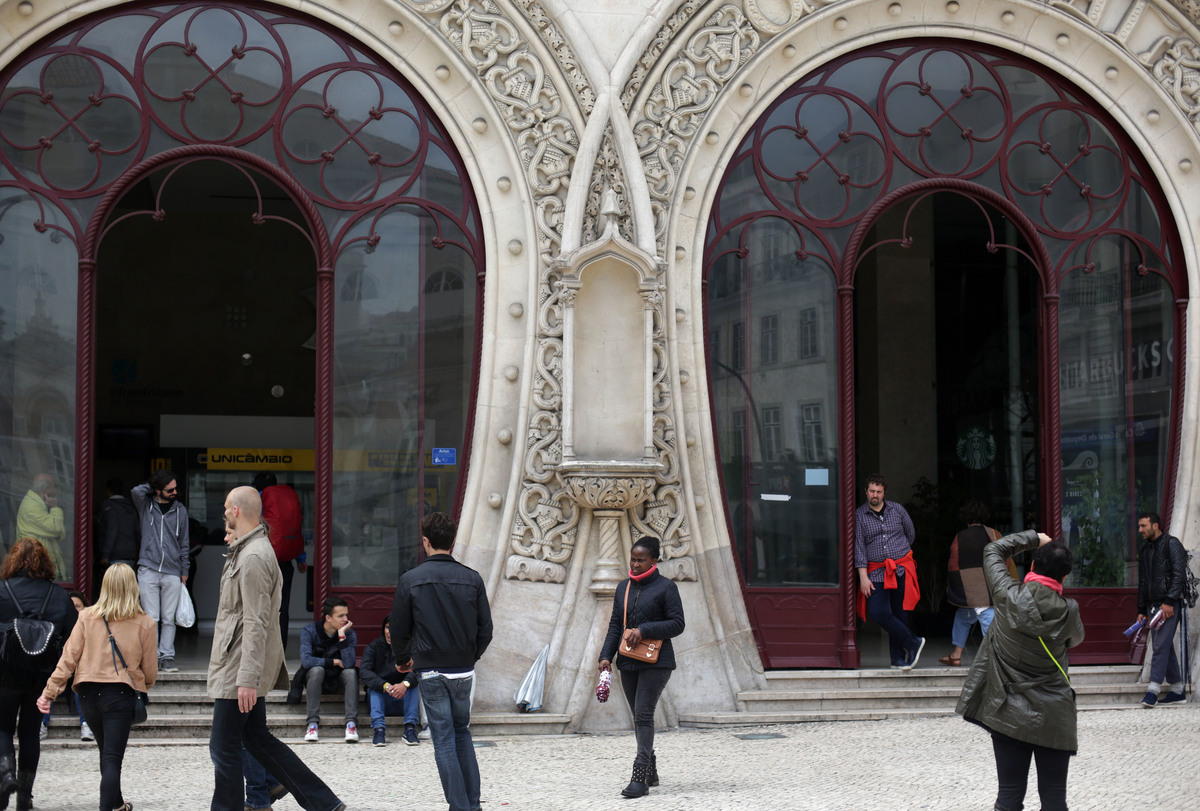 A woman takes pictures by the front doors of Lisbon's Rossio train station on Thursday. A statue of 16th century King Sebastian, around 3-feet tall, stood in the now empty niche between the doors.

But first, let me take a selfie.

Maybe that's what a young Portuguese man was thinking when he climbed up on a statue at the Rossio train station in Lisbon, only to send the figure of 16th century King Sebastian tumbling to the ground. (NPR has not confirmed whether the selfie was ever taken.)

The statue, now in pieces, had remained intact at the station for 126 years, Vanity Fair reports. The building and the approximately 3-foot statue are national monuments, The Associated Press says. 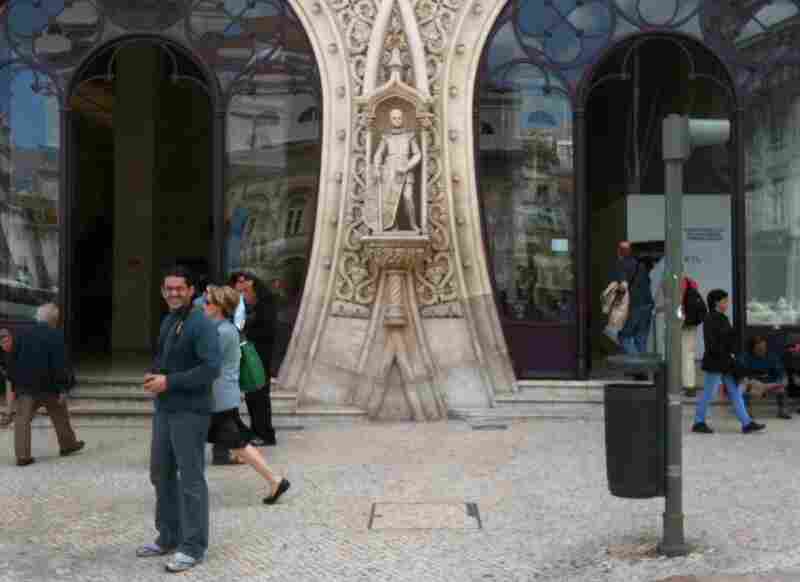 This 2010 photo shows the King Sebastian statue that was knocked from its perch earlier this month. The incident is under investigation. David Malouf/Flickr hide caption 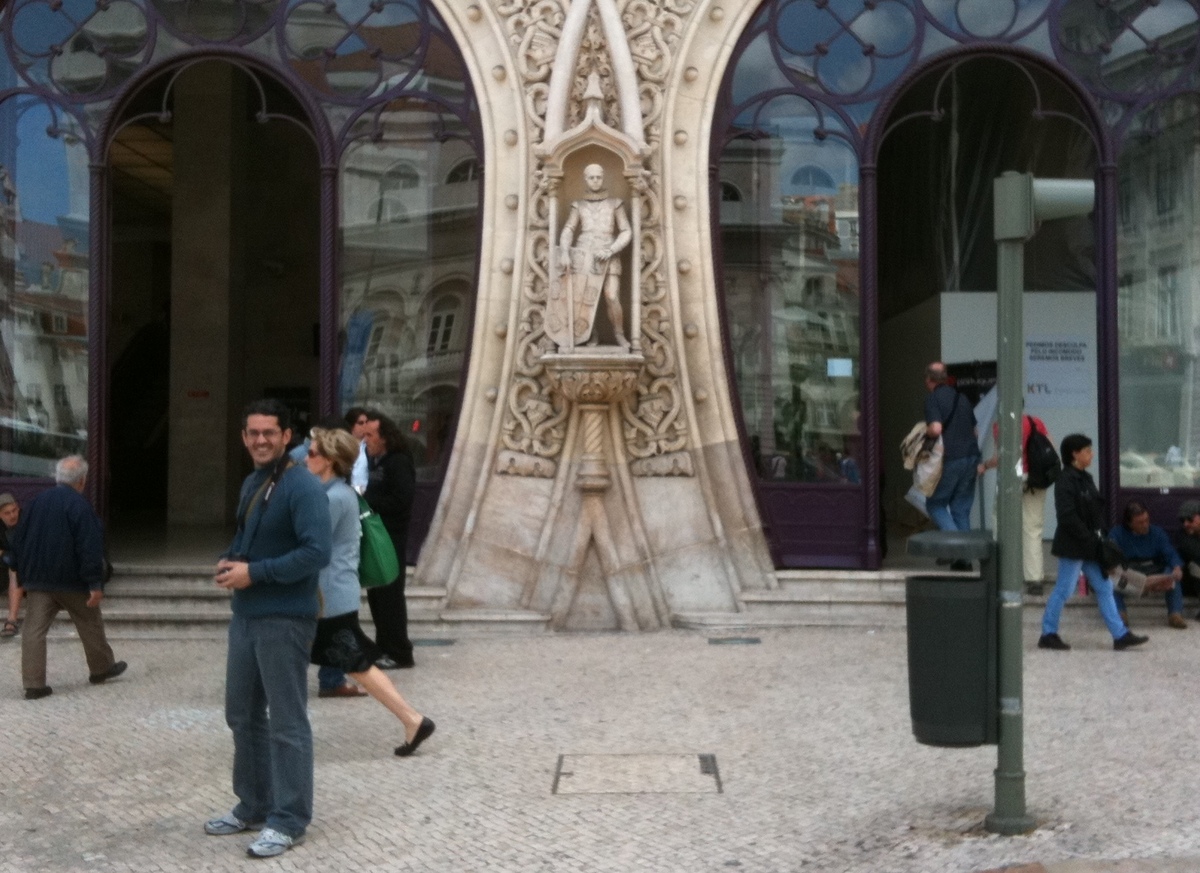 This 2010 photo shows the King Sebastian statue that was knocked from its perch earlier this month. The incident is under investigation.

The AP reports the Public Prosecutor's Office is investigating and "looking into whether the statue can be restored or whether a new one must be made." The statue-breaker could face charges.

There's a good story behind the statue, too: King Sebastian I took the throne in 1557 at the age of 3. He died during a crusade in Morocco in 1578, according to the Encyclopedia Britannica:

"After his death, many of his subjects believed that he would return to deliver them from Spanish rule, a messianic faith known as Sebastianism (Sebastianismo)."

With this legend in mind, a number of people attempted to impersonate the king in the years that followed. Ruth MacKay writes about one such case in her 2012 book, The Baker Who Pretended to be King of Portugal. A Stanford review of the book says the baker-turned-con artist "looked nothing like the dead king." It adds:

"Age and misfortune had left their marks, he and his handlers claimed. The plan was to chuck out Spain's Philip II (that's right, the same one who made overtures to his sister-in-law, Queen Elizabeth of England), who had assumed the throne of Portugal after Sebastian died without heir." 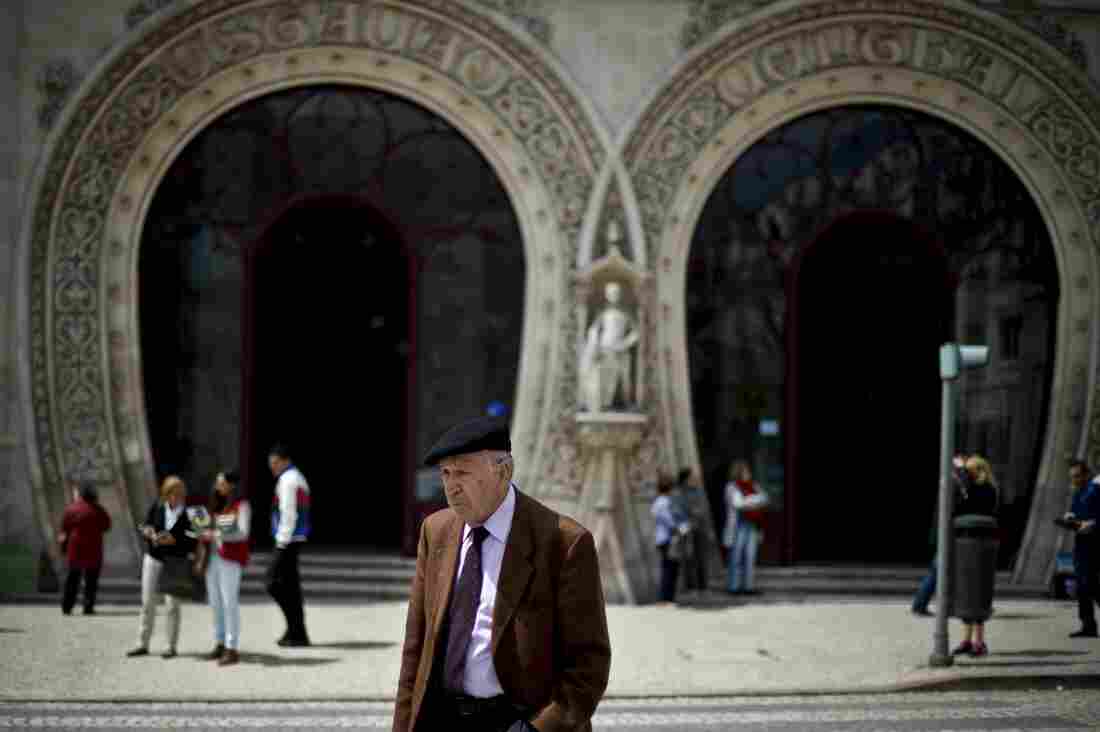 Even today, King Sebastian "remains a mythical figure to the Portuguese," Vanity Fair says, "for his qualities of inspiration and heroism, something like a regional King Arthur."

Sebastian was 24 when he died — the same age as the selfie suspect. Coincidence? We think so.

An earlier version of this post incorrectly stated that King Sebastian took the throne in 1568 at age 3. He became king in 1557.