Accessibility links
N.C. Gov. McCrory Claims 'Political Left' Fed Emergence Of Transgender Issues : The Two-Way The Republican said "most people had never heard of this issue" until recently. He also defended HB2, which requires transgender people to use public bathrooms that correspond with their sex at birth. 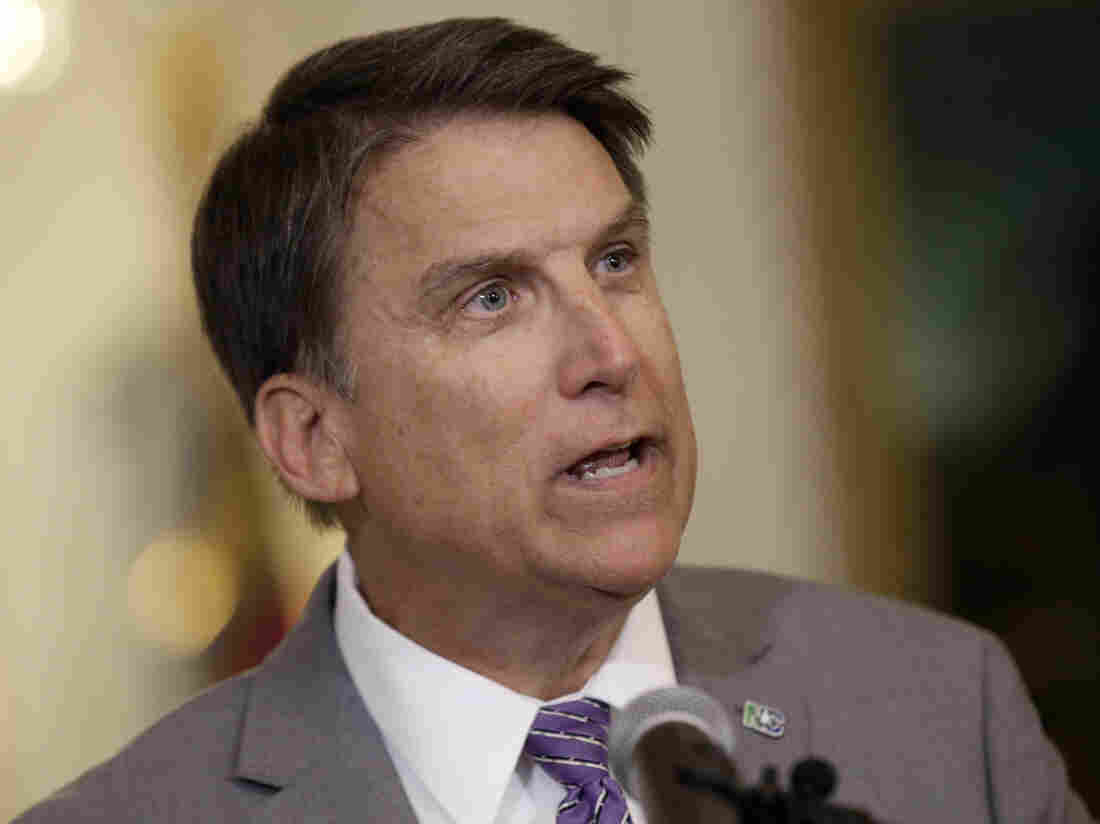 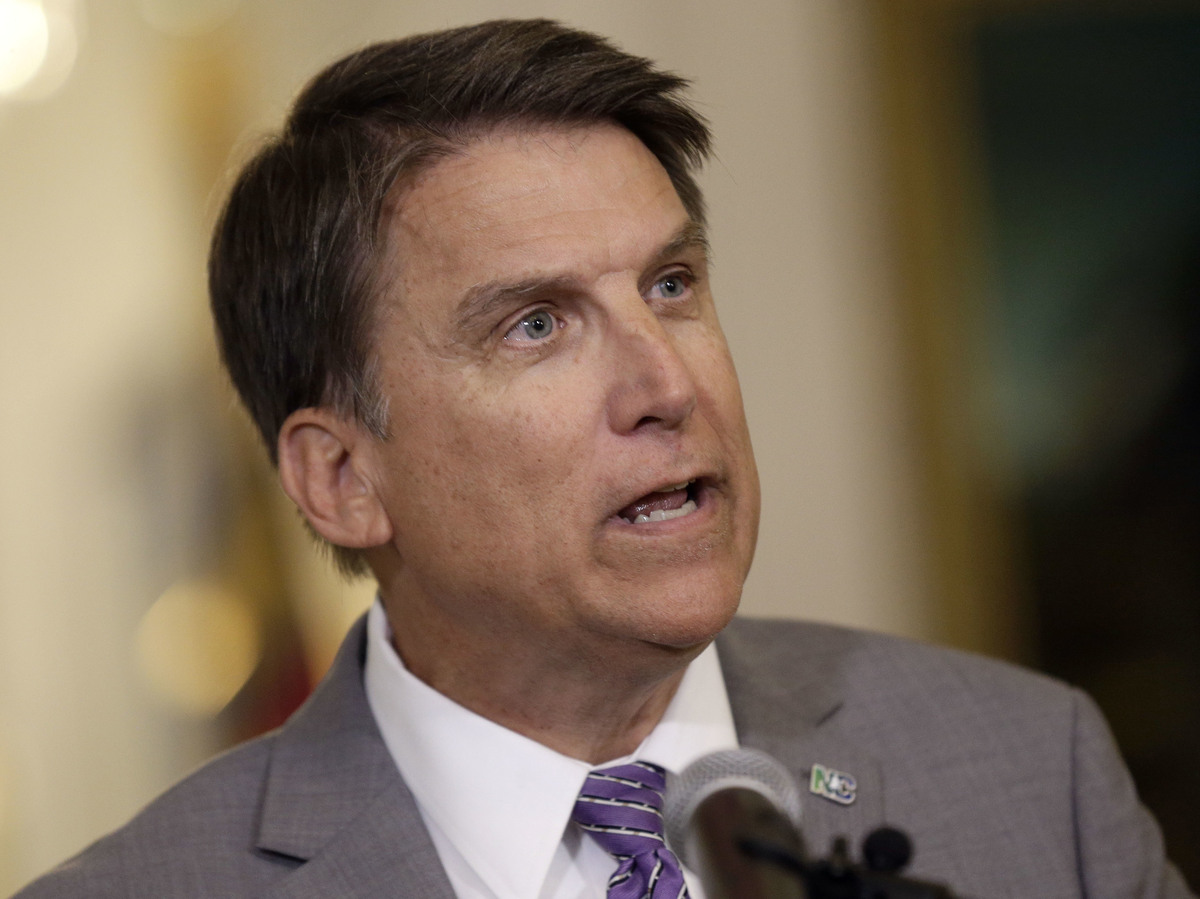 "Most people had never heard of this issue five months ago, until the political left started saying, 'We need bathroom rules and policies,' not just for government facilities and schools but also for the private sector," McCrory said in an interview with NPR's All Things Considered.

McCrory also defended the spirit of the HB2 law, which limits protections for LGBT people and requires transgender people to use public bathrooms that correspond with their sex at birth. McCrory said the questions surrounding the law weren't just about civil rights for transgender people but also about privacy.

"The expectation of privacy that men and women, boys and girls have in a highway rest stop, in gym, a locker room after gym, or a shower, a showering facility," he said. "There's an expectation that the only other people will be the same gender as they are and that's the way we've been doing things for a long time."

The governor's remarks come just hours after the Obama administration sent a letter to the nation's schools that issued guidelines on how to treat transgender students. The advisory said students should be able to use restrooms and locker rooms consistent with their gender identity. The letter also makes clear that any states that do not comply could be at risk of losing federal money.

"I don't think the president has the authority by himself to make that decision," he said.

He also said that transgender students in North Carolina and around the country are offered "alternative choices for this very complex situation in which there's not a clear definition for gender identity or gender expression."

McCrory addressed the part of the law that denies many people in North Carolina — not just LGBT people — the right to sue for discrimination in state courts.

He said he didn't have a line-item veto, meaning he couldn't strike that measure without vetoing the entire law, including the parts dealing with transgender people in public restrooms. But McCrory said he will work to repeal the limits to discrimination suits.

"I'm going to get that reversed," he said.

Listen to the whole interview here.