Accessibility links
#NPRreads: 3 Stories To Stake Out This Weekend : The Two-Way Correspondents, editors and producers from our newsroom share the pieces that have kept them reading, using the #NPRreads hashtag. Each weekend, we highlight some of the best stories.

#NPRreads: 3 Stories To Stake Out This Weekend

#NPRreads: 3 Stories To Stake Out This Weekend 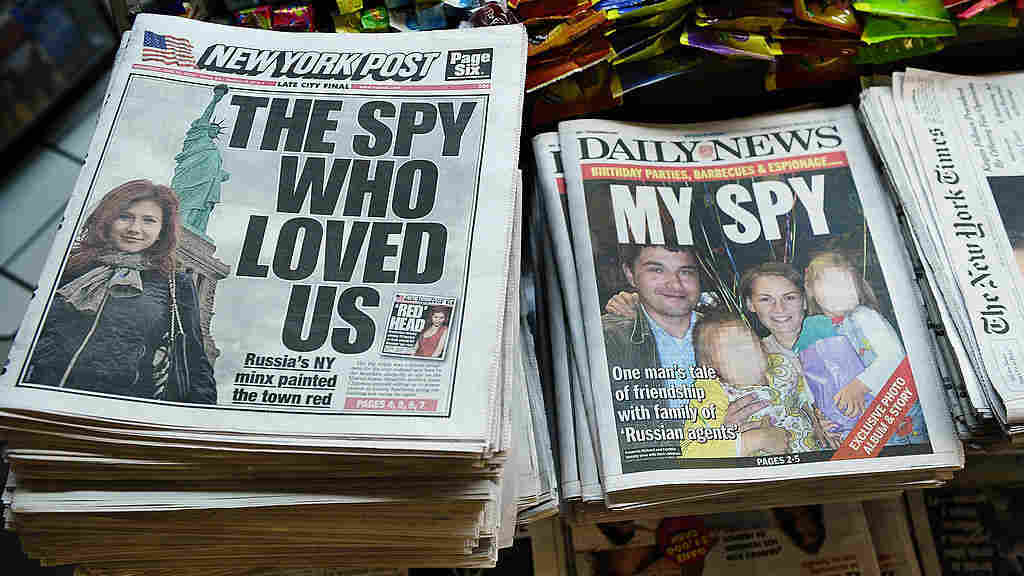 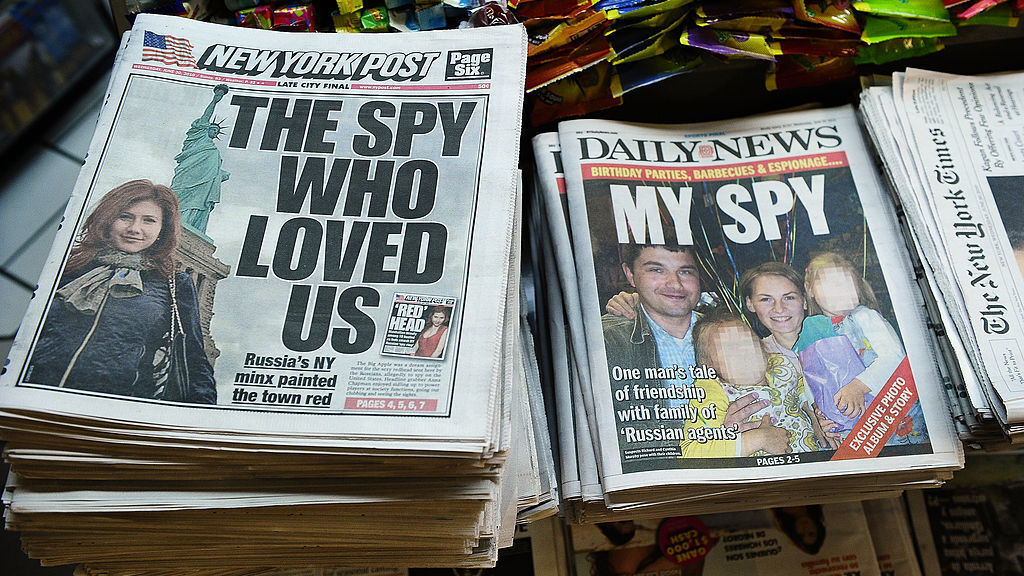 New York newspapers are on display following the arrest of 11 suspected Kremlin spies in 2010.

The day we discovered our parents were Russian spies. The family that inspired "The Americans" https://t.co/H4vRp9Hdu1 #NPRreads

I'm a huge fan of The Americans. Turns out the real-life Americans are actually "Canadians." Tim and Alex Foley grew up as ordinary Canadians but discovered as young adults, after the FBI raided their home in 2010 and took their parents away, that they were actually children of Russian spies.

Their parents were welcomed back to Russia as heroes. Tim and Alex were given Russian passports and Russian first names, but have no wish to live in Russia. They avoided telling their story to the public, but six years after the raid and in the middle of a fight to win back their Canadian citizenship, they agreed to speak with Shaun Walker of the Guardian. They tell their story — but still don't completely reveal the pain they experienced at their parents' betrayal.

The TV series, although set during the Cold War, was partly based on Tim and Alex's family. Not surprisingly, they say it's hard to watch.

In ND, this read would've cost ~$7 on prison phone. #NPRreads | Prison phones are a predatory monopoly https://t.co/jvkiW2obNV via @verge

Remember the intro to season one of "Serial"?

If you've remember, then you know how much communication with inmates matters to those people inside and outside prison. You've likely read stories about the high costs of prison phone calls, and the effect it has on the finances of those who pick up the phone.

What I didn't understand was the story behind the recent caps on prison phone call prices: the inmate saddling his grandmother with $60 phone calls, the grandmother deciding between paying for medication and speaking with her grandson, the nonprofit petitioning the government, the prisoners who spread word throughout the country, and the FCC commissioner taking up the cause.

It's worth your time to learn a bit about the people involved in establishing caps. And as a side note, you'll get a better idea of how much it would cost you to make a phone call in the time it takes to read the story.

If I made calls from prison in my home state of Texas in the length of time it took me to read the story, it would cost $2.75 per call, and approximately $575 per year.

From Jordan-Marie Smith, Production Assistant at All Things Considered:

A.O. Scott begins his "Love & Friendship" review by stating "there have been too many Jane Austen movies and too few Whit Stillman movies." Scott and I are on the same wavelength. While Stillman remains one of my favorite screenwriters and directors, the hopes for more poignant films about society mixed with his classic wit have been dashed over the past two years.

His Amazon series, "The Cosmopolitans," only released a pilot and that was back in 2014. But it seems as though the inimitable director hid under the radar for good reason. "Love & Friendship" comes across as everything a Stillman fan has imagined him doing.

Instead of featuring nihilistic society types in the 20s or 70s, Stillman draws inspiration from an obscure Austen novella, "Lady Susan." Unlike many of the Austen films that exhaust Scott--and, likely, others--Stillman's work isn't a quiet reflection on earnest romance. It is a charming, fast-paced comedy that revolves around a mother hoping to room with her in-laws and marry off her daughter at the same time.

To be honest, I would have paid to see "Love & Friendship" even if it only focused on an Austen-lite romance. It wasn't until I read Scott's following line that I decided to order tickets for a Sunday matinee:

"He [Stillman] approaches his literary source not with the usual reverence but with an appreciation for its freewheeling sense of fun."