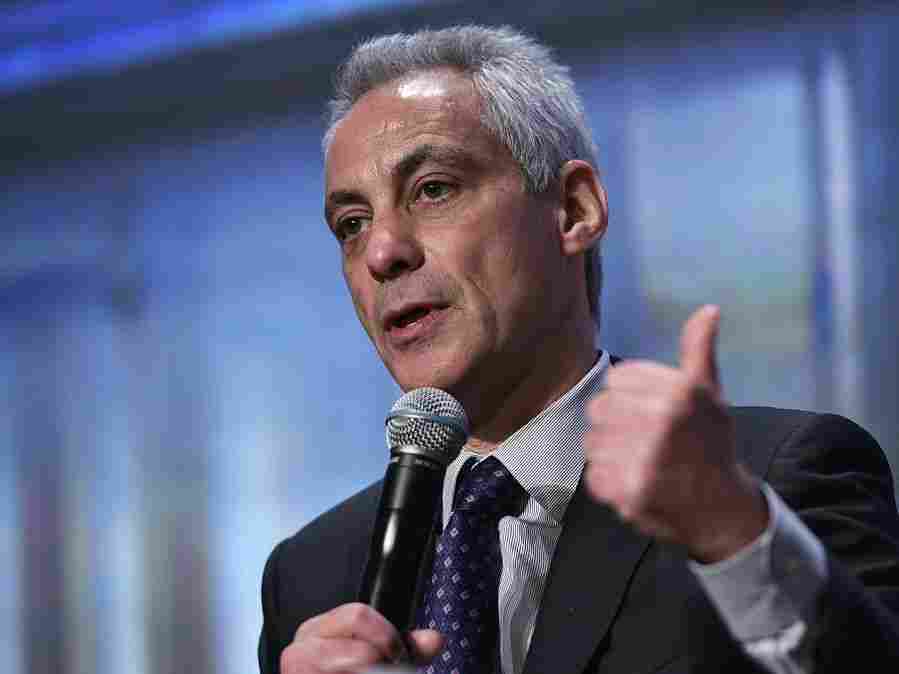 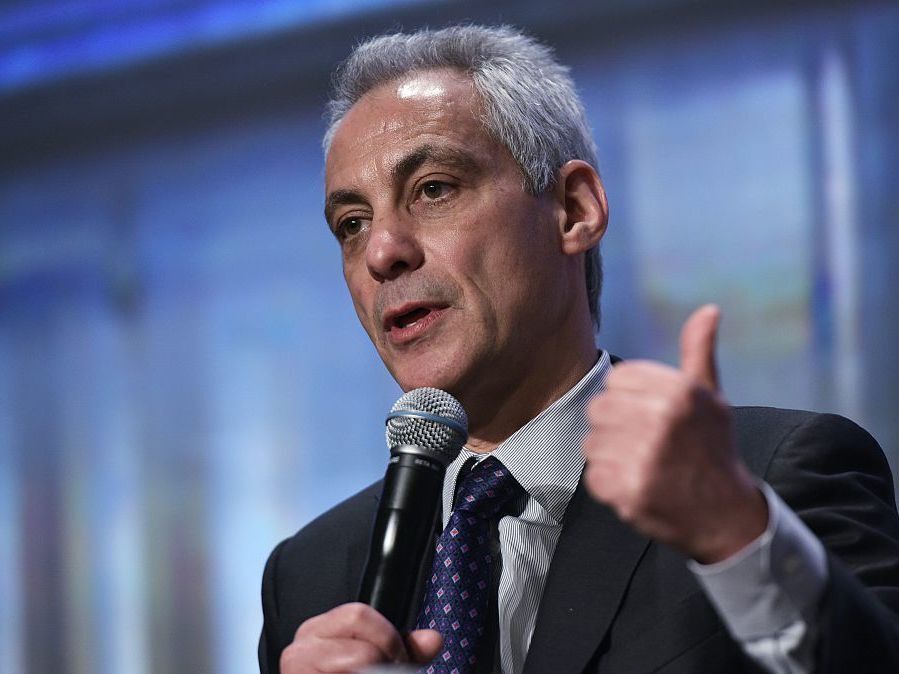 Chicago Mayor Rahm Emanuel speaks at the 84th winter meeting of the U.S. Conference of Mayors in January in Washington, D.C.

Embattled Chicago Mayor Rahm Emanuel says he will disband the city's police oversight agency. It is charged with investigating police shootings and misconduct — but it has long been criticized for slow investigations that rarely result in disciplinary action.

NPR's Martin Kaste tells our Newscast unit that scrapping the Independent Police Review Authority is a response to a crisis of confidence in Chicago's police. Here's more from Martin:

"Chicago's Independent Police Review Authority was created a decade ago during a previous push for tougher oversight of police misconduct, but it failed to deliver. Only two percent of claims against officers were ever upheld — and the vast majority of complaints got stuck in bureaucratic limbo, never resolved one way or the other."

As NPR's David Schaper has reported, a Chicago Police accountability task force released a scathing report last month. It called for a "major overhaul in the way [the department] investigates officers and holds police accountable," citing a "racist history and use of excessive force." The report stressed a "fundamental lack of accountability and a stunning lack of transparency" within the country's third-largest police department.

It called for the Independent Police Review Authority to be replaced by a new, transparent Civilian Police Investigative Agency.

That's what Emanuel said he will do now, in his letter published in The Chicago Sun-Times. He says the new agency will have "more independence and more resources to do its work."

He adds: "It is clear that a totally new agency is required to rebuild trust in investigations of officer-involved shootings and the most serious allegations of police misconduct."

As we reported, Emanuel has faced mounting criticism, much of it related to the way a 2014 police shooting was handled:

"Emanuel has come under pressure since the November release of police dashcam video showing an officer shooting a black teenager, Laquan McDonald, 16 times. Protesters have since demanded the mayor's resignation. Thousands of emails released [in December] showed close communication between Emanuel's office, the police and the organization that investigates the police in the aftermath of deadly force incidents. And Chicago's police force is currently facing a Justice Department civil rights investigation."

Lori Lightfoot, the head of the Chicago Police Board who led the task force investigation, welcomed the move but "cautioned that it lacks important details," the Chicago Tribute reports. "The devil will be in the details," Lightfood says. "How it will be different (from IPRA) is a fundamentally important question."