Accessibility links
After 50-Year Legal Struggle, Mississippi School District Ordered To Desegregate : The Two-Way The town of Cleveland is divided by a railroad track — and its schools are divided by race. For 50 years, the district has said it will fix the problem; a judge says the schools will have to merge. 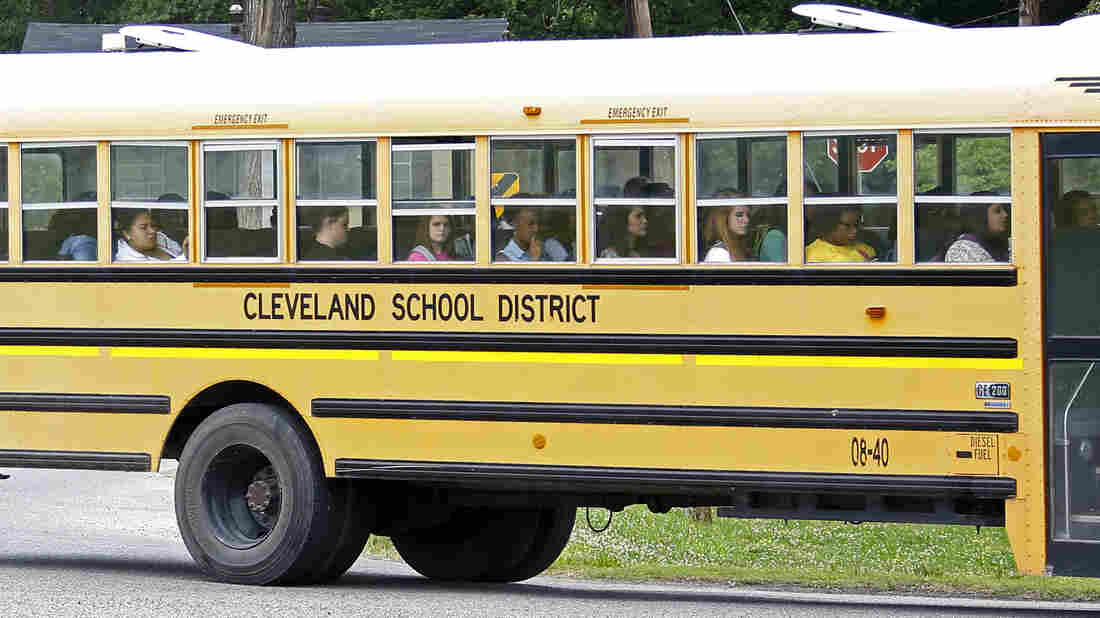 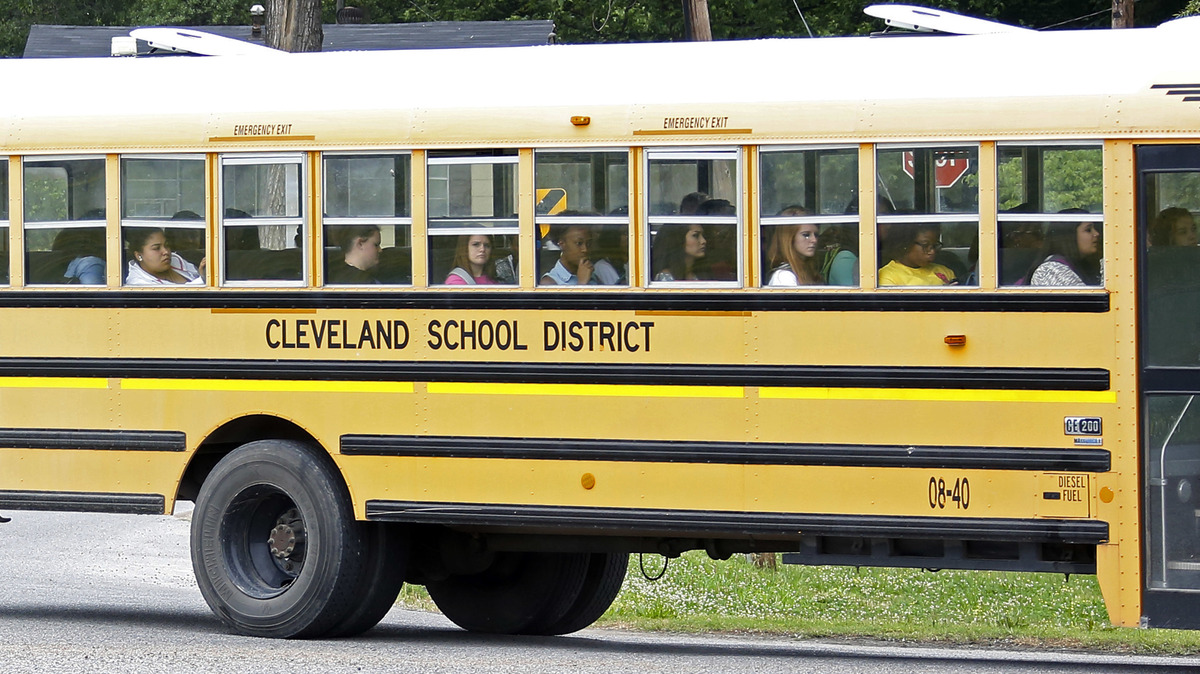 Public school students in Cleveland, Miss., ride the bus on their way home following classes in May 2015.

Exactly 62 years ago, on May 17, 1954, the U.S. Supreme Court declared that segregated schools were unconstitutional.

The Brown v. Board of Education decision was historic — but it's not history yet.

Just this week, a federal judge ordered a Mississippi school district to desegregate its schools.

The case on which the judge was ruling was originally brought during the summer of 1965. The first named plaintiff, "Diane Cowan, minor," was a fourth-grader at the time. Now she's Diane Cowan White, a 57-year-old clerk with the U.S. Postal Service.

The legal saga that bears her name continues because, for 50 years, the Cleveland, Miss., school district has failed to integrate.

(Last year, The Washington Post published a stunning set of visualizations showing how American cities are separated along railroad tracks and highways. Suffice it to say Cleveland is not unique.)

A Battle For Fair Housing Still Raging, But Mostly Forgotten

In the early 1960s, the town's schools were explicitly segregated by race. There were white schools and black schools, and no matter where children lived, their school attendance was determined by their race.

So began the case against Cleveland School District — and a five-decade saga of resistance and inadequate action.

There was some backlash to a judge's first order, instructing the district to desegregate. The Wall Street Journal wrote that according to a historian, some Cleveland residents proposed segregating schools by sex if they couldn't segregate them by race, to keep black boys and white girls from interacting at school.

But Cleveland agreed to allow black students into white schools, and vice versa. However, the federal government later alleged that the district established "dual residency" policies to cheat and send students to schools based on their race instead of their neighborhood. The district also built new schools in locations designed to keep black students in all-black schools, the U.S. said in a motion in the '80s, and assigned faculty based on race.

So Cleveland agreed to make an effort — to stop distributing faculty based on race, to encourage students to transfer to classes where they'd be in the minority, to set up exclusive and attractive classes to give them an incentive to make such a transfer, to establish appealing magnet schools in majority-black communities.

In 2011, the U.S. revived the case with a motion stating that Cleveland lacked the will to "meaningfully integrate."

And in the eyes of residents, it is both separate and unequal, The New York Times reports: "Testimony given in court by both white and black residents described a stigma associated with the black schools and a perception among families that white students received a better education."

The district said, basically, it would try harder — with better course offerings to tempt white kids to cross the railroad tracks, or with an intense high school magnet program.

But the U.S. argued that none of that had worked before. This time around, it didn't accuse the school district of active resistance or any ill will — just of failure.

Time for the nuclear option: merging both high schools into a single school with around 1,000 students, and similarly combining middle schools.

Some residents thought that would be too big and that the town couldn't afford new buildings.

They also argued that forcing integration by merging would cause white families to turn to private schools, causing a drop in enrollment.

No dice, said the judge: The fear of white flight doesn't override students' constitutional right to an integrated education.

"The delay in segregation has deprived generations of students of the constitutionally-guaranteed right of an integrated education," Judge Debra Brown wrote. "Although no court order can right these wrongs, it is the duty of the District to ensure that not one more student suffers under this burden."

The Associated Press writes that the case may be eye-catching, but it's not unique:

"Merging black and white schools was a common desegregation method in the 1960s and 1970s, and the opinion is a reminder that desegregation lawsuits never ended in some places. As recently as 2014, the U.S. Justice Department was still a party to 43 such suits in Mississippi alone."